A Historical Tour of LGBT Landmarks in San Francisco

San Francisco was the first city to elect an openly gay man to public office. The Castro district gave birth to the LGBT civil rights movement. LGBT history is everywhere in the city, providing a reminder of how far gay civil rights have come since the 1970s. 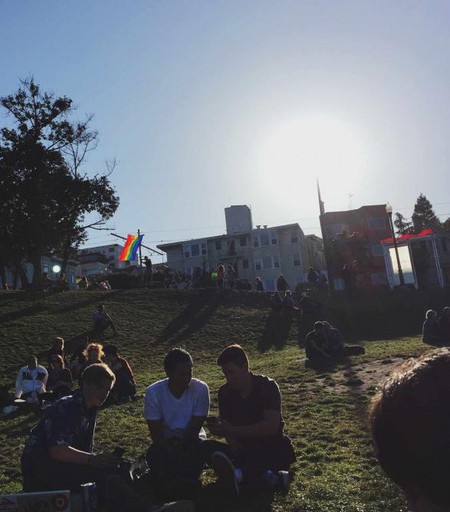 Dolores Park is a San Francisco favorite. Its location nestled between the Mission and Castro districts make the sprawling 14 acres a prime spot for natives and visitors alike. If you have the opportunity to visit you may notice different vibes in different areas of the park. The upper northeast side, alongside 18th Street, is Hipster Hill, while the southeast side is Gay Beach. The park is not divided for any particular reason, and where ever you decide to enjoy the day the atmosphere is relaxed and fun. However, the view of the city is better from Gay Beach. If you’re hungry, Dolores is close to some of the best Mexican food in the Bay area. You can never go wrong with a burrito in the Mission District. 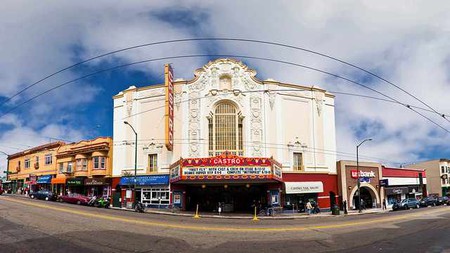 The Castro Theater is a staple in the Castro District. Its bright neon sign is a beacon and emblematic of both the neighborhood as well as the theater. Built in the 1920s in a traditional Spanish baroque style, Castro Theater is one of the oldest cinemas in San Francisco. It is home to the most diverse film festivals and film presentations. In the spring and summer, you can experience the San Francisco International Film Festival as well as Frameline, San Francisco International LGBT Film Festival. Throughout the year, the cinema presents some of the best double features and sing-a-longs in the city. So if you’re not interested in karaoke, you can sing along with a room full of strangers and drag queens at Castro Theater. 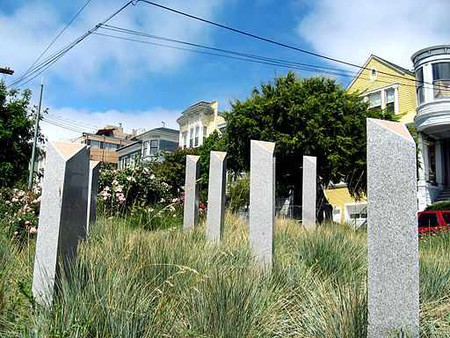 The Pink Triangle Park is a small park located at the intersection of 17th St. and Market St. in the Castro District. The park was erected as a memorial to all of the LGBT men and women who suffered at the hands of the Nazi regime. During the Holocaust, thousands of gays, lesbians, and transgendered persons were persecuted and forced to wear pink triangles as symbols of their shame. A triangle column was built for every 1,000 gay men and women who lost their lives. These smaller columns encircle a pink triangle in the center of the park. The pink triangle has since become a symbol of strength for LGBT civil rights movements. Visiting the park is a humbling experience reminding visitors, gay or straight, the devastating effect discrimination has on humanity.

Castro Camera was probably one of the most significant historical buildings in the gay rights movement. The shop was first owned and operated by Harvey Milk, the first openly gay politician to be voted into public office. Originally opened in 1972, the building served as Milk’s office and residence. During his political campaign, it became his headquarters and served as the center of the developing gay community. He fought diligently for LGBT civil rights and changed San Francisco and gay pride forever. Although Castro Camera no longer exists, it became a Human Rights Campaign store in 2011. It’s worth a visit to check out their clothes, learn about the movement, and share in gay civil rights history. 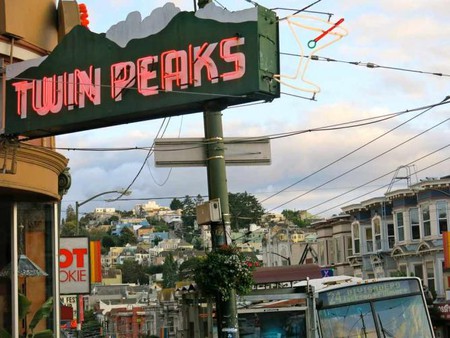 Twin Peaks Tavern is thought of as the gateway to the Castro District. Regulars and visitors are welcomed by bright neon rainbow lights and stay for the plethora of beer on tap and wine by the glass. The bar is also known as the ‘glass coffin’ because of its tall floor to ceiling windows, which display all of the frivolities and fun happening inside. When the tavern first opened, this was nearly unseen at any gay bar in the US. Rather than create another hideaway, the owners flaunted their pride and that of their patrons allowing the public to see everything. Today, the bar is one of two in San Francisco that is identified as a historical landmark. Twin Peaks continues to have the best people watching and remains a staple for everyone to visit.