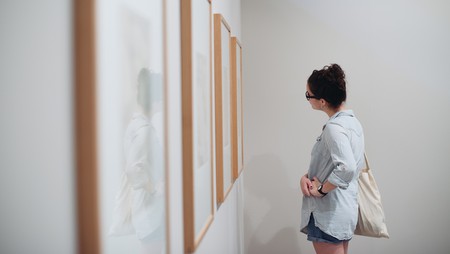 Discover the renegade spirit of the Los Angeles art scene in unexpected places: from residential neighborhoods to beachside studios. Heading west to east, here are the independent galleries driving the creative boom in LA.

Los Angeles has something for everyone, from glorious beaches to hedonistic bars and destination restaurants. But scratch below the surface and you’ll find a burgeoning art scene challenging politics, culture and the status quo at every turn. These often young but fiercely independent gallery spaces are revolutionizing the art landscape in the city – one exhibition at a time. Make sure they form part of your next LA adventure.

The David Kordansky Gallery is one of the most dynamic venues for contemporary art in Los Angeles. It was established in 2003 to promote and engage with the diverse group of artists living and working in LA. As well as showcasing emerging talent, the gallery now has an internationally recognized program featuring artists who exhibit in acclaimed museums and galleries across the world. And in 2014, it opened a new 20,000sqft (1,860sqm) facility, allowing it to continue expanding its ambitious solo, group, and historical exhibitions. 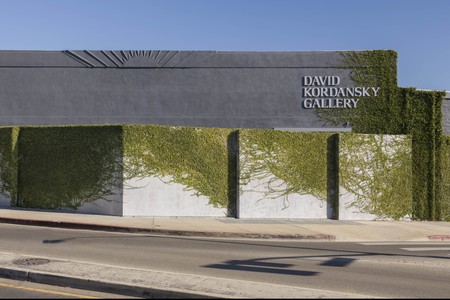 Something of a gallery-studio hybrid, Budman Studio in Venice Beach is an eclectic space packed with bright sculptures, unusual installations and colorful curios. Founded by prolific artist and documentarian Jim Budman, the 4,000sqft (372sqm) space displays art in all forms, often showing exhibitions Budman describes as “ahead of the curve”. Think artists painting portraits while bouncing on mini trampolines and you’ll start to get the idea.

Budman Studio offers an immersive art experience that both mirrors and elevates the quirky, creative beach culture of Venice. Much like the rollerskaters, muscle-flexing beachgoers, and music-blaring vendors along the boardwalk, it’s all about the experience. And the experience is anything but ordinary.

In 1996, art heavyweight Jeffrey Deitch launched the Deitch Projects gallery in New York, producing more than 250 exhibitions and projects. But in 2010, he closed it to become director of the Museum of Contemporary Art, Los Angeles. In 2018, he continued his LA adventure with the opening of The Deitch Gallery. It runs exciting, exceptional exhibits, such as Luncheon on the Grass, in which dozens of today’s most acclaimed painters respond to Edouard Manet’s Le Déjeuner sur l’Herbe. 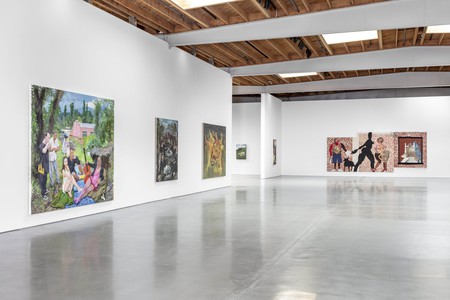 Established in 2012, Various Small Fires is a unique architectural gem in central LA. A location, just off busy Melrose Avenue, is just one of the things that makes it so special. Its minimalist white building is surrounded by the tire and paint shops synonymous with the neighborhood, and reflects everything this gallery is about: challenging conventions. What makes the gallery a refreshing addition to the LA scene is its commitment to increasing accessibility for emerging artists, providing an unbiased platform for a diverse roster of creatives and mediums.

Outside, there’s a large open-air gallery for installations and sculptures, while inside has an unparalleled sound corridor for audio-visual experiences. And, if that wasn’t enough, Various Small Fires is also paving the way for carbon-neutral galleries, running its day-to-day operations on solar energy while reducing its use of plastic on site. 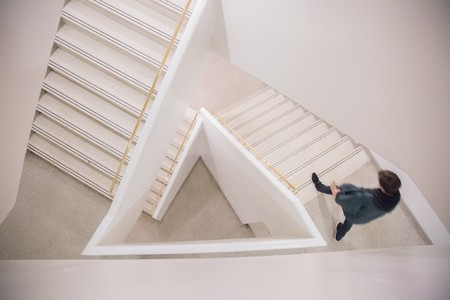 High in the hills of the residential, palm tree-lined streets of Los Feliz is not where you might expect to find an art gallery, let alone one with the charisma and credentials of Parker. Step inside and you’ll be met with classic 1920s features: hardwood floors and art-deco mouldings. It was founded in 2017 by artist Sam Parker, who was uninspired by the commercial buildings and spaces in Downtown LA, choosing instead to showcase predominantly underrepresented and early-career artists from his rented mock-Tudor home.

Previous exhibitions include Nut House – a celebration of the eccentric Nut art movement from northern Californian – and The De Luxe Show – a reimagining of an early 1970s exhibition, introducing previously celebrated artists to a new generation. Don’t be surprised if you spot Ringo, Parker’s apricot-colored poodle, admiring the latest canvases alongside you.

To understand the grassroots art scene in Los Angeles, head to Commonwealth and Council, which is in an unassuming warehouse in the heart of Koreatown. Founded in 2010, it offers an ever-changing program that showcases the realities and identities of female, PoC and queer artists.

Operating in true independent fashion, the gallery describes itself as a “community”, sustaining itself through generosity and hospitality rather than the commercialism often seen in larger galleries. It’s this strong-held ethos that helped nurture some of the best talent in the city – previously exhibited artists have gone on to win prizes at Frieze London (Beatriz Cortez), feature at the Whitney biennial (Gala Porras-Kim), and hold solo shows at the New Museum (Carmen Argote). You might visit Commonwealth and Council for the in-depth take on renegade art but you’ll leave with an appreciation of the art world’s brightest new stars. 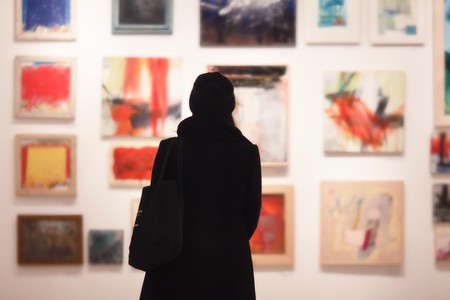 The exhibits at Commonwealth and Council reflect the realities and identities of female, PoC and queer artists | © Igor Madjinca / Stocksy

Self-confessed experimenters, Murmurs in Downtown LA exists to challenge expectations of what an art gallery can be. The industrial architecture might feel a little unorthodox at first but stick with it – the space was created by Los Angeles natives, Morgan Elder and Allison Littrell, to be inclusive for all (not just those in the know).

The expansive gallery is home to a diverse roster of exhibits in every medium you could think of. Wander between film screenings and panel discussions to workshops and live readings designed to prioritize engagement above all else. Once you’ve been fully immersed in the creative ebb and flow of the cavernous building, make your way to the gallery cafe – a minimalist haven filled with verdant plants. It’s the perfect place to digest everything you’ve just seen.

Find out more and start planning your trip now by visiting discoverlosangeles.com