From ‘The Real World’ to Real Fashion 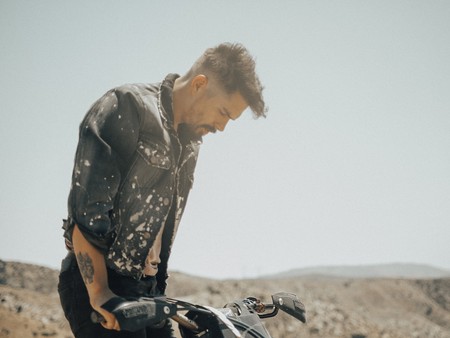 “I’m an old-school guy,” says Jordan Wiseley from his downtown Los Angeles showroom. “Growing up in Oklahoma, I rode horses and dirt bikes. I started building motorcycles at 17.” At 21, an MTV scout discovered him in Oklahoma and cast him in The Real World: Portland. By 25, he had moved to New York to model with Aim Model Management and study acting at The Actors Studio. It wasn’t long before he landed a television show in Los Angeles and moved out west. 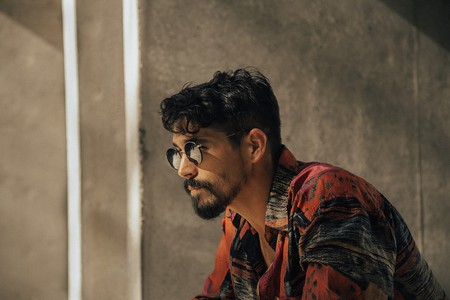 In between gigs, Wiseley always returned to his passion: building bikes. Then, two-and-a-half years ago, he founded Strapped Manufacturing Goods, the umbrella company that houses his fashion label Strapped, and started making leather shoulder bags that captured a moto aesthetic. “Saddle bags can look so dorky,” Wiseley says. 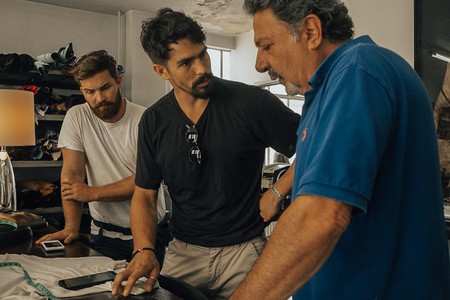 Today, Wiseley prepares for his debut show at New York Fashion Week (NYFW). “It’s going to be a circus,” he says. As the head designer, founder and creative director of Strapped, Wiseley has found continuity between the old-school Oklahoma guy and Hollywood leading man. “Fashion can absolutely help you make a statement,” he says. 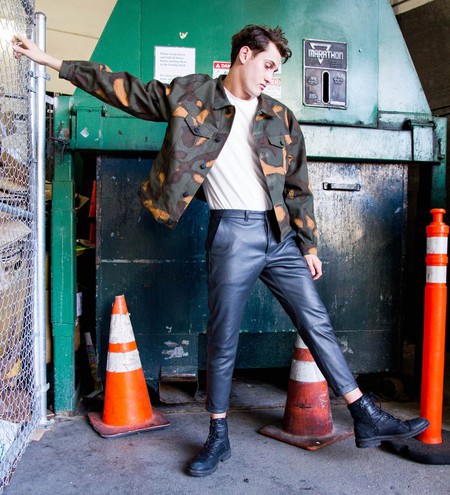 Leather trousers from the Strapped line | Courtesy of Strapped

For Wiseley, the statement he makes with Strapped combines a Midwestern ethos he grew up amid with a cosmopolitan edge that comes along with being a media personality in 2018. “I want my clothing to represent a classic look. It’s real old school,” he says. “Hard work – using quality materials, going the extra mile to reinforce seams and using the right stitches [in leatherwork] defines the brand.”

The label has grown from leather saddle bags to unisex denim and leather jackets for men and women. At NYFW, the label will show garments of new shapes and textiles, like snakeskin joggers. 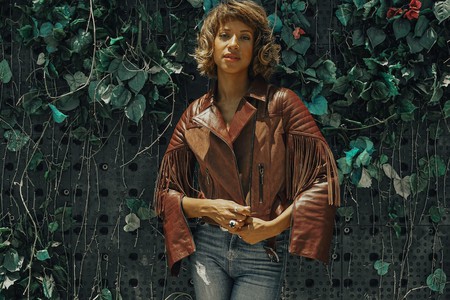 Fringed moto jacket from the Strapped line | Courtesy of Strapped

“Strapped is a menswear-driven label, but it’s more fun [for me] to design for women.” When asked about how his label can further a discussion about masculinity in 2018, Wiseley is quick to bring up the notion of gender fluidity. “These days men can wear a rolled ankle without a second look, whereas five years ago that might have been [perceived as] not masculine. There’s more and more freedom of expression. Women are killing it in suits right now, and men can wear tight pants. A woman can feel confident in boyfriend jeans; there’s not so much pressure for her to be so stereotypically sexy.” 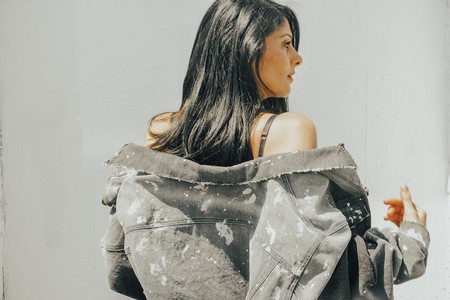 Distressed denim from the Strapped line | Courtesy of Strapped

On the Los Angeles fashion scene, Wiseley points out that the city can “exist as a bubble,” meaning it’s more experimental when it comes to fashion than the Midwest. “Men are more willing to wear a ripped pair of jeans or jeans with patches [in Los Angeles],” he explains. Wiseley also points out luxury fashion’s obsession with streetwear, and the merging of the two oeuvres. 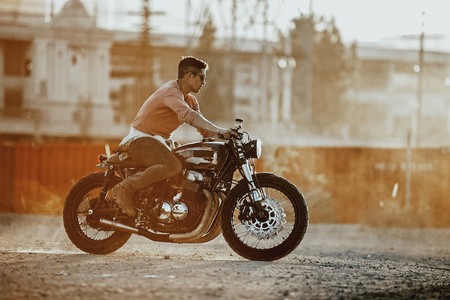 Wiseley on his motorcycle | © Dustin Supencheck

“As for the LA look – it’s lax, like the airport,” he says, referencing a style that puts “comfort first and function second.” And as for the Strapped aesthetic, he calls it a classic type of luxury. “Luxury shouldn’t mean exclusive or limited. It should mean timeless.”