‘When you’re strange, no one remembers your name.’ -Jim Morrison

If you venture one evening into the darkened streets of North Hollywood, past the steel-gated body shops and dimmed auto parts warehouses, down on Burbank Boulevard there is a place with a single bulb burning above the door with a grinning clown that lets you know you may have arrived someplace unusual. Enter and you’ll find yourself somewhere between a Chinese opium den and retro Hollywood theater, in a dreamscape of red and blue light and electric day-glow paint. A dragon head above the bar mysteriously exhales a plume of smoke as you pass by. It’s Friday Night Freak Show at the California Institute of Abnormal Arts (CIA). Won’t you come in? 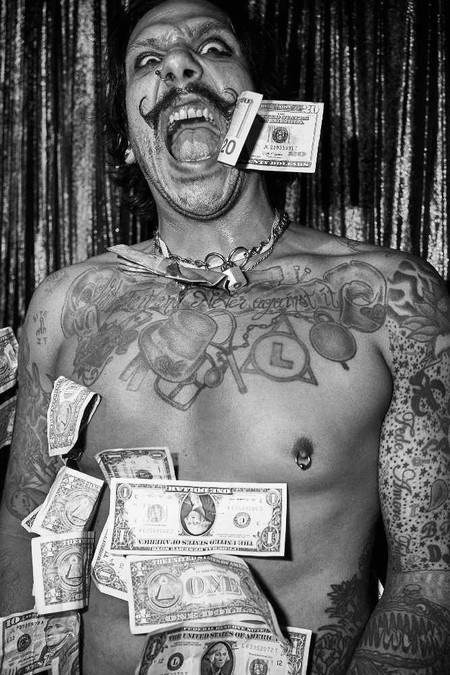 CIA Owner Carl Crew, the Barnum of Burbank Blvd., talks fondly of the performers who grace his stage. ‘We’re in a new wave extravagance…’ He explains with a broad smile from underneath a black felt top hat. He is excited by what’s happening now in the obscure world of side show artists and that this, he believes, is ‘the vaudeville of the future.’ 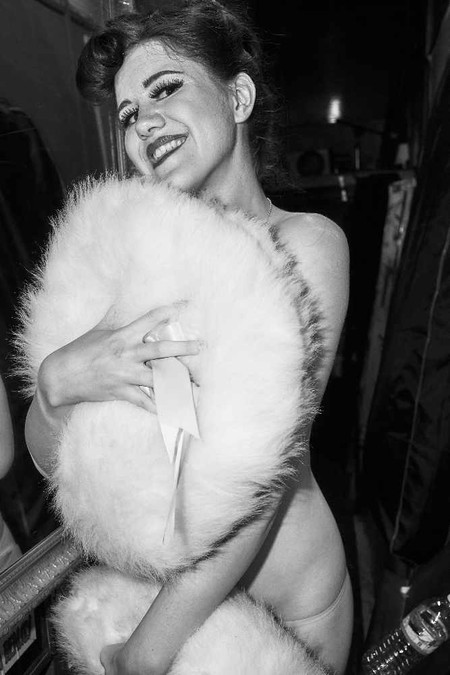 CIA bills itself as part-circus, part-nightclub and part-museum. In a moment ‘Dangerous D’ a.k.a. Darin Malfi takes the stage and let’s you know immediately that you’re at a live show and you will participate. ‘This is not TV,’ he insists, ‘I can see you.’ 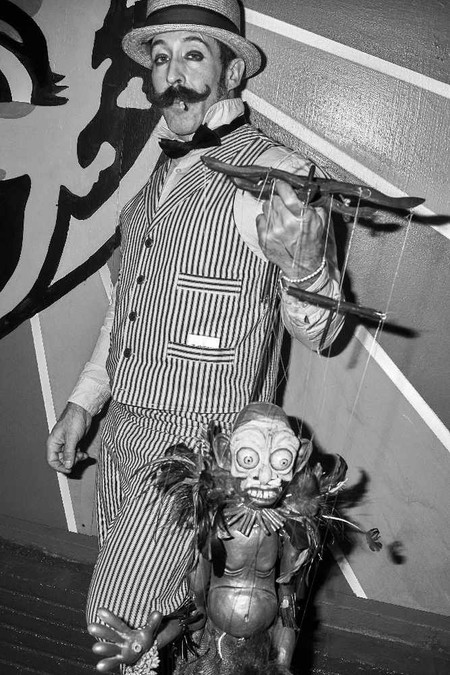 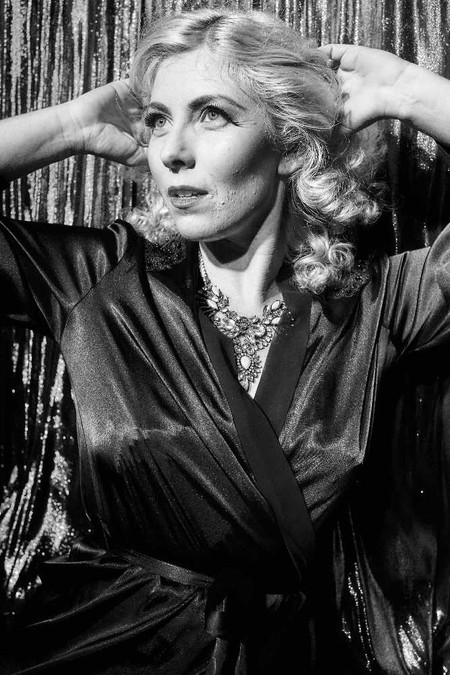 You can grab hold of his staple gun, take out your dollar bill and attach it with a ‘clack’ to his bare, tattooed chest. For a twenty you can shoot one into his face. He’s got you up off your seat, and you’ve crossed over to his dimension now. He’s giving you an experience you had neither anticipated nor had before. This is why you’re here. 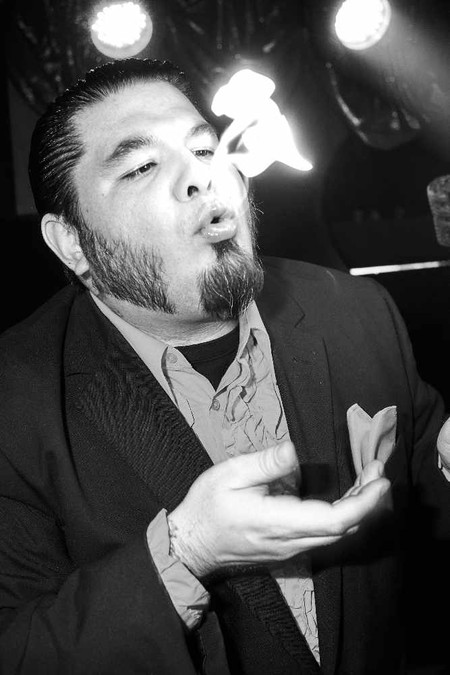 Stick around and you’ll see a man hang weighted objects from hooks in his eyelids, witness a burlesque fire-eating routine set to Led Zepplin’s ‘Black Dog’ or watch a female clown do some very unusual things with a pickle. 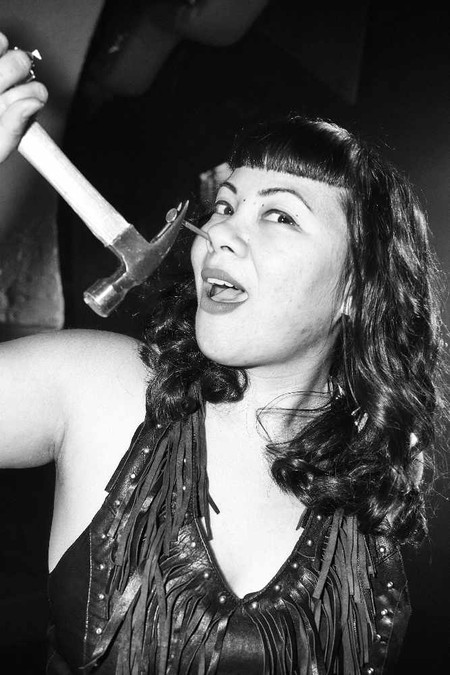 Later, back out on the boulevard, as in that early stage of waking, you may not be able to make sense of it all as you try to recount the night. 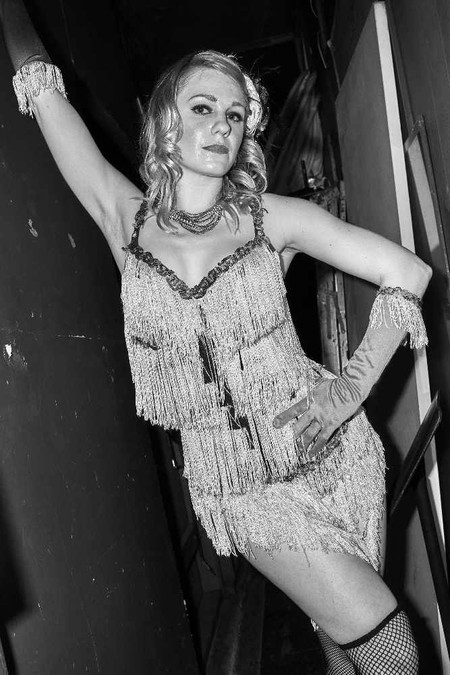 Yet you’ll know you made a journey to somewhere strange near the intersection where oddity and beauty converge. 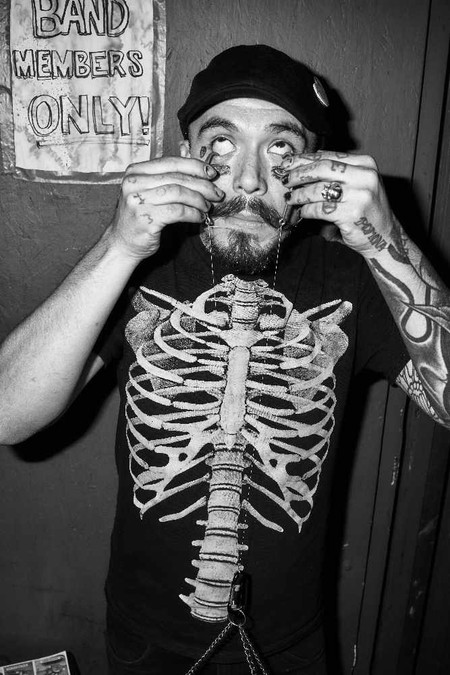 What you saw there you are sure to remember. 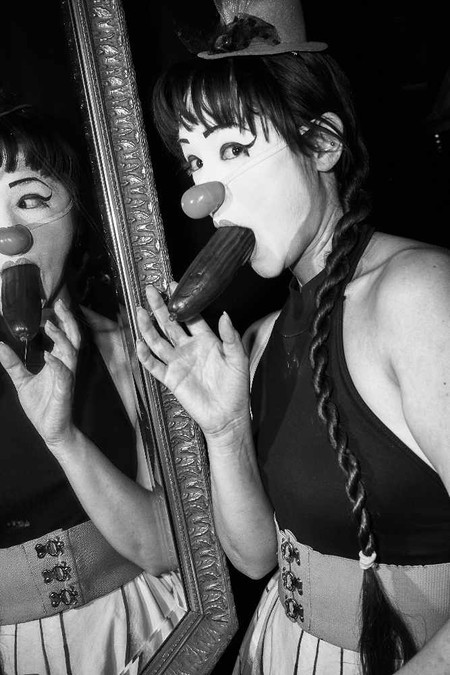 Presentation image courtesy of California Institute of Abnormal Arts. For more information about the venue, its shows and goings-on, visit its Facebook page.
By Brad Torum