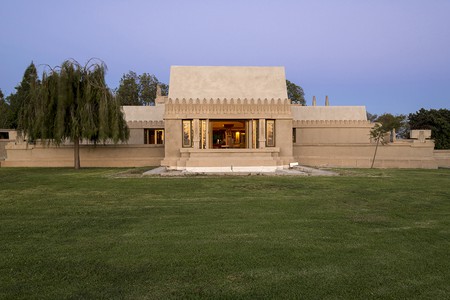 This architectural East Hollywood hilltop gem is no stranger to L.A.—it’s been here since the roaring 20s. With years of renovations and more grants on the horizon, Frank Lloyd Wright-designed Hollyhock House is finally becoming the cultural icon it was intended to be.

If Los Angeles could keep a secret, its best one would be Hollyhock House. The Mayan-revival structure has graced a 36-acre hill in East Hollywood since the early 1920s, when oil heiress Aline Barnsdall commissioned architect Frank Lloyd Wright to construct an arts complex and residence. It looks more like a temple than a house.

But the structure, one of two publicly accessible Frank Lloyd Wright structures in Los Angeles, remained relatively unknown to many Angelenos until the house’s reopening in February 2015. House officials speculate years of closure for renovation and lack of advertising are to blame, but on the first day of its reopening, more than 6,000 people walked through the house’s 200-pound concrete doors. 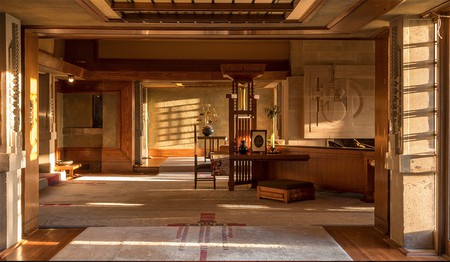 Who is Aline Barnsdall?

Aline Barnsdall was a woman before her time, consciously choosing to be a single parent in the 20s, the age of women’s suffrage, among other nonconformities. A former director of the Hollywood Bowl and owner of renowned art including works by Cézanne, Matisse and Monet, Barnsdall wanted to bring culture to the West Coast. She is credited with bringing Wright’s work to California.

The $50,000 commissioned complex grew to $350,000, and Barnsdall’s theater wasn’t constructed as planned. Wright was working on the project whilst working on the Imperial Hotel in Tokyo. The pair had a falling out, and Wright’s son, Lloyd Wright and Austrian-born architect Rudolph Schindler completed the project.

Despite the drama, Barnsdall never intended to live in the house. Instead, she lived in another residence on the property, referred to as Residence B. In 1927, she donated the house and 11 surrounding acres to the city of Los Angeles for public use, in honor of her father, Theodore Barnsdall. The area is now known as Barnsdall Art Park.

Hollyhock House isn’t named after a person; it’s named for Barnsdall’s favorite flower, which she requested for Wright to incorporate in the home’s design. The motif graces the exterior concrete near the roof, and is found throughout the interior from the wooden chairs in the dining room to the fireplace in the living room. While the floral design is abstract, real hollyhock flowers can be found in the home’s numerous gardens.

Renovation brought the place back to life

Like any aging structure, the property needed repairs. After being closed for years, an extensive restoration of the house was completed in February 2015.

Residence A, Hollyhock House’s guest house also in Barnsdall Park, is set to receive a $3.2 million restoration project to undergo rehabilitation and structural enhancements; including seismic testing, roof and drainage systems upgrades; doors, windows and flooring restoration; and the restoration of major areas, including the living room, foyer, dining room and kitchen.

Currently, Hollyhock House is part of the country’s first modern architecture nominations for the United Nations Educational, Scientific and Cultural Organization’s World Heritage List. If the structure is chosen, it faces more resources for renovation. 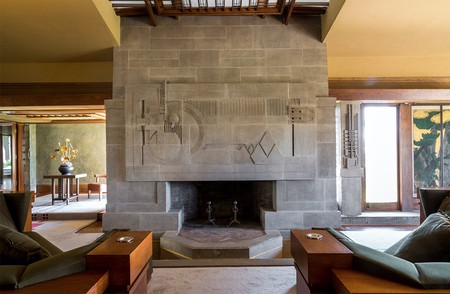 Hollyhock House marks the end of Wright’s prairie style period, and the beginning of his experimental one. While Wright’s aesthetic emphasized organically integrating the house with the terrain, Hollyhock House does not follow suit. The home dominates the hill, with a 360-degree view that can include seeing the ocean on a good day. It is unknown why the house diverges from Wright’s signature style in this way, but it is speculated that it was Barnsdall’s request.

A Buddha statue used to welcome guests at the start of a long outdoor hallway, but it has since been moved inside due to vandalism concerns. Today, guests walk down the entrance hallway to the pair of heavy concrete doors adorned with Schindler locks, perfectly balanced to close slowly.

Once inside, Wright’s hallmark compression and design shines through. The lowered ceiling guides guests to the ultimate space—the living room, giving an “ahh” feeling upon arrival. If the raised ceilings don’t take your breath away, the fireplace will. The room’s focal point, a geometric poured-concrete design on relief, sits beneath a skylight and above a moat that is no longer in service. At its prime, the fireplace structure was symbolic of four elements coming together: earth, air, fire and water. 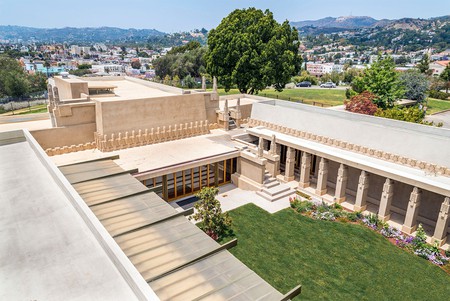 Hollyhock House from above | © jwpictures.com

Wright is known for bringing the outside in, and Hollyhock House is no exception. All major interior rooms have an exterior counterpart, except for the kitchen. The spaces are connected by either glass doors, a porch, a pergola or a colonnade.

The open floor plan of the house is drastically different from houses of the time period, and marked a major turning point in modern architecture in Los Angeles. Construction of the Hollyhock House led to California Modernism, and brought Schindler, Wright and Richard Neutra, three architects who would go on to build some of the city’s most iconic buildings.

Hollyhock House is open Thursday through Sunday from 11 a.m.-3 p.m. for self-guided tours, with admission costing $7 for adults and $3 for students and seniors with identification. For a private, 45-minute docent-led tour, reservations must be made in advance. A flat $70 fee is required.

Another way to tour Hollyhock House is through Barnsdall Art Park’s Friday Night Wine Tastings. A $45 ticket covers tasting and a tour.