Francis Ford Coppola: From Vito To Vietnam To Vineyards

Francis Ford Coppola is a world-renowned director, producer, writer, and most recently, winery owner. Coppola has had his hands in some of the most iconic films of his generation, as well as created the Hollywood pseudo-dynasty of the Coppola family. While his career as a filmmaker has dwindled in recent decades, he is still one of the most iconic filmmakers alive today. 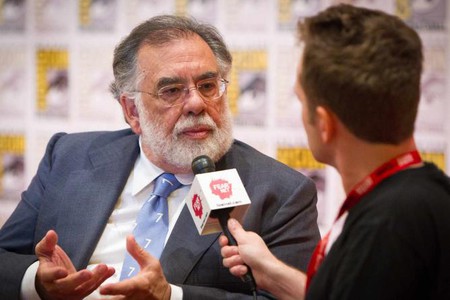 Coppola was born on April 7, 1939, in Detroit, Michigan. As a child, Coppola was stricken with polio, giving him ample opportunity to let his imagination run wild as he spent a great deal of time with his puppet theatre. This love of puppet theatre carried over into live theatre and eventually developed into an interest in film. After studying theater at Hofstra University in New York, he attended the prestigious film program at UCLA. From there Coppola worked with B-movie King Roger Corman. Coppola is recognized as one of the earliest ‘graduates’ from the Corman ‘film school.’ Other directors who sharpened their teeth with Corman include Martin Scorsese, Ron Howard, and James Cameron, among others. Coppola continued to make films for the better part of a decade, eventually gaining international critical attention for his screenwriting talents, earning an Academy Award for co-writing 1970’s Patton. The famous intro, one of the greatest monologues in film history, was all Coppola’s idea.

Coppola was recognized as a part of a group of filmmakers called ‘New Hollywood.’ Two years later, he epitomized New Hollywood when he released what is considered to be one of his best works, if not one of THE best works, The Godfather. Based on a novel by Mario Puzo, the film centers on the Corleones, an Italian American family involved in organized crime. Coppola nabbed his second screenwriting Academy Award, and the film won Best Picture. Considered to be one of the greatest films ever made, it changed the medium–not just the genres, but American society as well. The sequel, The Godfather Part II, made a few years later is just as well received, and it is often contentious as to which one should earn the title of ‘perfect movie.’

Continuing to make outstanding films, Coppola created the Vietnam War drama masterpiece Apocalypse Now in 1979. The film is an imaginative retelling of Joseph Conrad’s Heart of Darkness, substituting the fear and paranoia of a 19th century colonized African jungle with the fear and paranoia of a drug-fueled war-torn Vietnamese jungle. The film was plagued with drug-abusing actors, theft, an incomplete script, a typhoon, and severe health problems including a mid-production heart attack for the protagonist. Despite all these problems, Apocalypse Now is still considered to be one of the greatest films ever made. The movie might be the most ‘New Hollywood’ movie ever made. 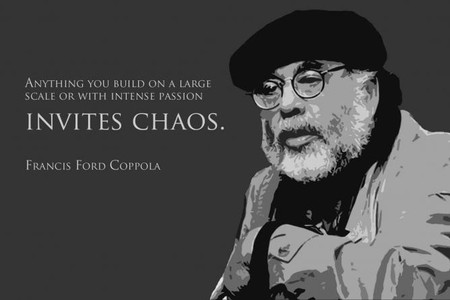 In the 1980s and 1990s Coppola made several films, ranging from personal drama surrounding a group of wayward teenagers in The Outsiders, to glittering jazz age saga The Cotton Club, to the faithful film adaptation of the vampire-defining Bram Stoker’s Dracula. He also created the final chapter to his mafia trilogy, The Godfather Part III, the ‘redheaded stepchild’ of the Godfather Trilogy. While he did not produce as much as he did in the ‘70s, another project of sorts was coming to fruition at this time: the creation of a Hollywood dynasty. Coppola’s daughter, Sofia, became an award-winning director. His sister, Talia Shire, became an actress, and her son, Jason Schwartzman, a popular actor and musician. His nephew, Nicolas, became an actor who forsook the family name, not wanting to coast by based on whom he was related to. That man is Nicolas Cage!

Even though he took a decade-long break after The Rainmaker in 1997, Coppola has stepped behind the camera again in recent years, directing Youth Without Youth and Twixt. None of his most recent films have been met with much acclaim, but nowadays, Coppola has focused most of his energies on other ventures, like his Napa Valley winery. While it seems unlikely that Coppola will ever be the cinematic giant he once was, let it not be forgotten who created the line, ‘Just when I thought I was out… they pull me back in.’ 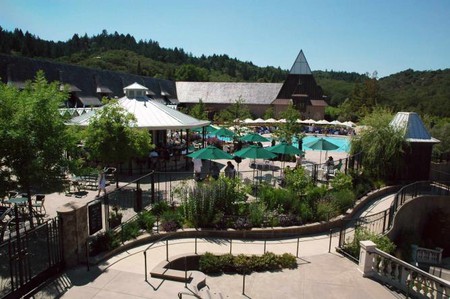 Vineyard | © DimiTalen/WikiCommons
Give us feedback