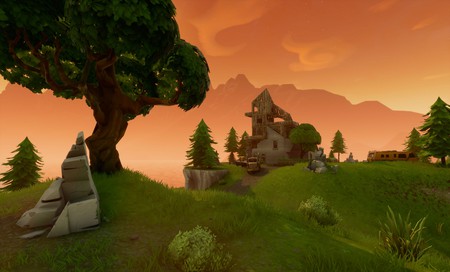 'Fortnite' has a cartoonish feel to it | © Epic Games

The popular video game Fortnite will get a World Cup of its own in 2019. Epic, the game’s developer, announced at E3 in Los Angeles that a massive tournament with $100 million in prizes is on its way.

If you haven’t heard of Fortnite Battle Royale by now, you might want to brush up quickly. The video game has fast become a cultural phenomenon, boasting 125 million registered users just a year after it launched. According to Tencent, a Chinese investor in Epic, more than 40 million users log on and play the game at least once a month.

Fortnite has transformed the video game industry. The game plays out in a battle royale format: 100 players are dropped on an island, where they collect guns and resources and proceed to eliminate each other until there is only one player or team left.

Fortnite was by no means the first game to employ this type of gaming, but its accessible cartoonish feel and the ability to build structures has taken it to a whole new level. It also helps that the game is free to play, although users can pay to get new characters and items. Fortnite started out on PC but users can enjoy the game on Mac, Xbox One, PlayStation 4, iPhone, and now the Nintendo Switch. The game is not available on Android yet, meaning it still has a two billion device market untapped.

Fortnite’s popularity has already bled into mainstream culture. Some of the best players have teamed up with professional athletes, musicians, and other celebrities to live stream their Fortnite games, drawing in millions of viewers on video game streaming sites like Twitch.

“This is for you, the players. Qualifications for the Fortnite World Cup will be based on merit. Epic will not be selling teams or franchises, and won’t allow third-party leagues to do so either,” Epic’s blog post announcing the tournament reads.

E-sports events are already huge. In 2016, Madison Square Garden in New York hosted the League of Legends World Championship, selling out its 18,000-plus capacity for two consecutive nights. The Overwatch League Grand Finals are coming to Brooklyn’s Barclays Center in July 2018.

The popularity of Fortnite, the rise of people watching games, and the huge prize pot will surely make the Fortnite World Cup one of the biggest e-sports events of all time, and bring the spectacle even more into mainstream culture.