A Look At The American Food Truck Phenomenon 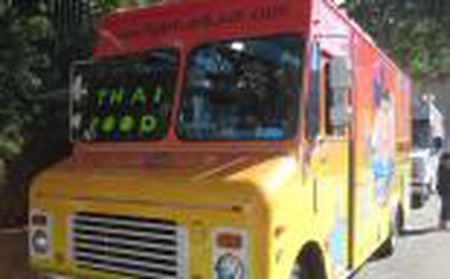 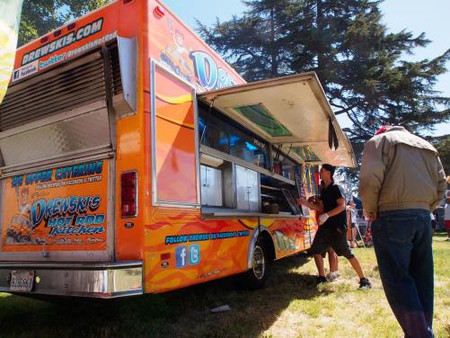 The U.S. is known more for fast food than for street food. In Asia, Africa, and some European cities, where public transportation is readily available and pedestrians ubiquitous, street food flourishes. But across the U.S., fast food joints and drive-through diners developed around a landscape where car ownership prevails. For street food to enter American culture, either people must give up their cars and start walking, or street food must adapt–and it has.

In the past few years, roughly since 2008, food trucks have thrived. The trucks reflect urban realities and the impact of new technology. What makes them especially unique is their mobility. Being a restaurant-on-wheels allows them to cater to particular groups and events, such as late-night eaters exiting clubs and bars, or music festivals. Adapting to the car culture, these food trucks roam the city, updating their location to followers via Facebook and Twitter. With their reliance on social media, these trucks cater to the young hipster-foodie crowd in cities like L.A., New York, and Austin. L.A. and New York, where rent is high, food trucks cut down on cost and provide a brief snapshot of the food truck scene revealing the diversity in American cities.

Among the first and most well-known of L.A.’s food trucks is Kogi BBQ (@kogibbq), which serves a fusion of Korean and Mexican foods. For $2-5, one can savour a choice of Korean marinated meats or tofu on Mexican taco. Kimchi can be added for $1. Other food trucks specialise in variations of grilled cheese sandwiches, gourmet French cuisine, and Vietnamese baguette sandwiches called bánh mì. Coolhaus (@coolhaus), which serves ‘architecturally-inspired gourmet ice cream sandwiches’, began in L.A. and is now also found in Austin and New York.