5 Modern Shows That Are Undeserving Of The Hype

‘Groundbreaking’ is a word that has become overused in the modern lexicon. – particularly when describing new TV shows. There are many shows on air that can’t live up to the outrageous expectations heaped upon them by critics and fans alike. Below are 5 shows that we feel don’t deserve all the hype surrounding them. 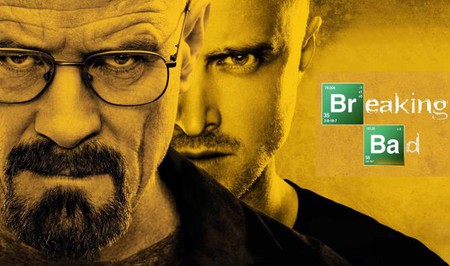 While Vince Gilligan’s massive fan phenomenon about a chemistry teacher-turned-meth cooker ended more than a year ago, Breaking Bad is still in the vocabulary of television watchers everywhere. The pitch, “Mr. Chips turning into Scarface,” has become such common knowledge that it is becoming exhausting to hear.

There is no doubt that Breaking Bad is a good show. That isn’t up for debate. Jumpstarting AMC as a platform for scripted good television and quality storytelling, this show was at the cusp of a renaissance of television. But groundbreaking? Not so. Many shows were coming out at this time that had a similar effect on its viewers. This was around the time when DVRing was becoming in vogue, making it possible for writers to tell more complex storylines that people could follow now that they could watch more easily and consistently.

That phenomenon was never solely carried on the back of Breaking Bad, nor did Breaking Bad single-handedly save or improve television history, it was an effect of this new golden age, not a cause. Walter White is not a new type of hero. Anti-heroes were around for almost ten years before this show. Even before The Sopranos’ Tony Soprano, complex characters were still the choice of the day.

There is no question that Breaking Bad garnered a lot of attention. It was a polarizing show that was very entertaining. The problem is: nothing can be groundbreaking any more. This could have easily been an ancient Greek tragedy, along the lines of “Coriolanus” and “Agamemnon.”

Unbreakable Kimmy Schmidt was originally slated to be in NBC’s lineup. While the show is interesting and amusing, it isn’t nearly as eye catching as its predecessors. The only interesting thing about Daredevil is its cinematography – and Bloodline is worst of all.

Bloodline is a familiar noir about secrets and lies. Sound vague? That’s because three episodes in and the show itself doesn’t even know what it wants to be. It deals with family friction and arguments, but that’s about it. It seems as though the writers just Googled film noir tropes – voice over narration, dark lit scenes, murder, venetian blinds – and crammed it all into an episode with no cohesion at all.

One of the greatest offenses of Bloodline is how the female characters are written. Firstly, there are only two of them. Secondly, they have absolutely no personality. On the rare occasion they exhibit a pulse, they embody a patchwork of clichés.

Orange Is The New Black

Part of one of the earlier waves of Netflix original programming, Orange is the New Black arrived with instant cult success. Finally, a show that acknowledges women, who have interesting stories to tell as well. If only that were enough.

Based on the true story of the same name, the show follows a upper-middle class suburban woman, Piper Chapman, who was arrested for being involved in drug trafficking several years earlier. The show investigates many interesting themes and employs the flashback technique made famous by Lost. Each woman Piper comes into contact with while in prison has her own episode, complete with motivations and backstory for why she became incarcerated.

Orange is the New Black also showcases queer and transgender characters. Even Piper’s sexuality is not labeled. This is a step forward in progressive programming, something that may not be popular on network television.

All of these things are amazing accomplishments for a show to be making. Unfortunately, that’s really all the show has going for it. To make this show really great, it needs characters that you care for.

A spoiled rich person who is thrown into a world of more interesting characters is unfortunate. This is a plot device that is as old as time. Spoiled person gets thrown into circumstances that make them change and grow. Piper is not an interesting character. All of the amazing and dynamic characters that surround her are the interesting ones. An audience shouldn’t wish that the show is about Piper’s tormentors. Sure, she learns something about herself. But viewers learn that what they really want is everyone but her.

At one point, long ago, this show made sense dramatically as well as emotionally. Murder House was really the only season that qualified. After that it was a smooth decline into absurdity.

Creator Ryan Murphy seemed to have a clear concept for the show when it first came out. Though it wasn’t really clear to the audience what this show was about from the promos, we knew it would be a wild ride — a wild ride that made sense and wasn’t just for shock value.

How times have changed. Murphy is notorious for his inconsistencies. His Fox show Glee was a number one indicator for this. After a marginally successful first season about teen angst and musical theater, season two derailed into something incomprehensible. American Horror Story is no different. It seems that Murphy can’t even get through 12 episodes without major plot holes and confusion. An anthology series seems to be his best friend. At least it’s a show where he doesn’t have to worry about continuity because the new season will be a different story all together.

When Murder House first came out, no one knew this was an anthology series. The first season had the beautiful gift of being new and catching viewers off guard. The succeeding seasons did not have that gift.

BBC’s Sherlock was bound to be a cult success. From the writers of previous overhyped show Doctor Who, fanboys everywhere clamored towards the opportunity to see another attractive English man prove how smart he is.

Sherlock was not only a massive hit, but an ok show – in the beginning. Despite the fact that it’s incredibly male-centirc, it is a very aesthetically pleasing show to watch. With only three episodes per season, it’s hard to get too much wrong. Each episode is ninety minutes, and the writers and producers have literally years to work on them – there was an 18-month hiatus between the first and second season.

The show dealt with captivating subject matter, but in a time where Holmes adaptations were plenty, it’s hard to not make comparisons. Sherlock is very regional, and while a fun and entertaining ride, can get a bit tiresome. Benedict Cumberbatch, whose career was launched by the show, plays Sherlock, an anti-social and borderline sociopathic manner – for three seasons.

There is no character development and the women introduced are either the landlady or romantic interests. It becomes tiresome waiting a year for only three episodes. The beautiful cinematography is now one of the only reasons why audience members watch it. The third series especially has fallen a long way since the show first aired.

The fact that Sherlock is borderline abusive to everyone he meets and has no room for character development basically announces to the public that its heyday is over. But hey, it was fun while it lasted.