Boasting several of the tallest skyscrapers in Western USA, Los Angeles’ downtown skyline is famous around the world. With sunshine for over two-thirds of the year, many a day in Los Angeles can yield a picturesque urban panorama. Each of the following vantage points offers not only a spectacular view, but a unique viewing experience. 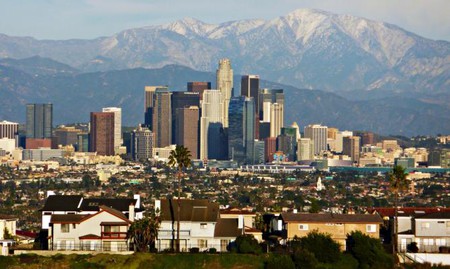 Griffith Park Observatory and the city below | © Matthew Field/WikiCommons
Tucked away in a county park, Autumn’s Peak is a true diamond in the rough when it comes to views of downtown. The peak can be most quickly accessed from the Olympic Forest parking lot, at a trailhead that is marked by a rattlesnake warning sign. The trails are poorly marked the entire way, so it is advisable to check in with the park staff at the community center before beginning. The hiker who reaches the summit will see the downtown skyline rise majestically above the surrounding urban sprawl, while standing defiantly against the towering peaks of the San Gabriel Mountains. The views extend in all directions, offering particularly good perspectives of the Mid-Wilshire business district and Santa Monica Bay.
Open In Google Maps
4100 South La Cienega Boulevard, Los Angeles, California, 90056, USA
+13232983660
Visit Website
Give us feedback 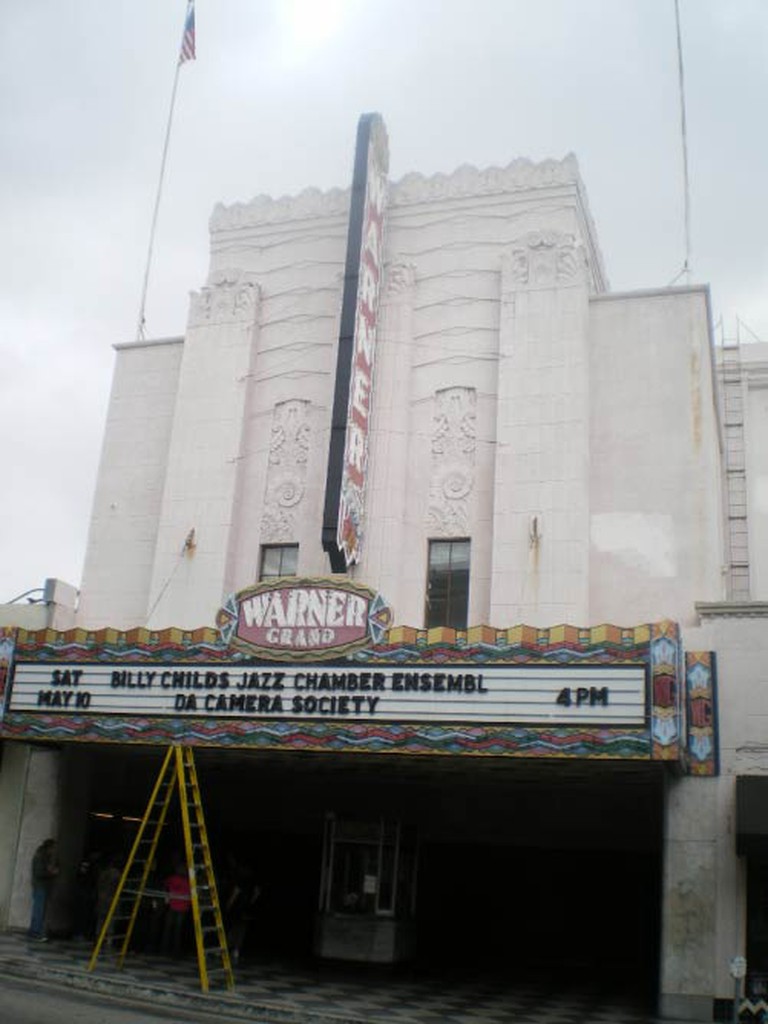 The Warner Grand | © Los Angeles/Wikicommons
Best known for its planeterium shows, giant telescope (which is accessible to the public every evening) and iconic art deco architecture, the Griffith Park Observatory also boasts stunning views of downtown Los Angeles and the entire Los Angeles Basin. Enjoy a 360-degree panorama that incorporates the skyscapes of Koreatown, Hollywood, Miracle Mile and Century City, and that extends as far as Santa Monica Bay and the Palos Verdes Hills. At the western end of the walkway, you can snap a close-up of the Hollywood Sign, perched on a hill a little more than a mile to the northwest.
Open In Google Maps
Griffith Observatory, 2800 East Observatory Road, Los Angeles, California, 90027, USA
Visit Website
Give us feedback 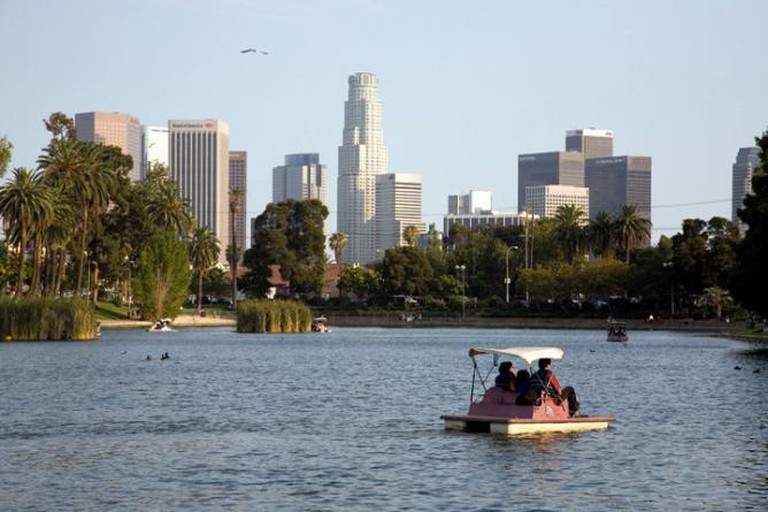 Echo Park | © Sterling Davis/Wikimedia Commons
Vista Hermosa Park offers a 10-acre slice of secluded nature, along with a soccer field and amphitheater, in the literal shadow of the throbbing city. Follow dirt pathways until the foliage gives way to a grassy meadow that sits in the imposing presence of downtown skyscrapers. Spread a towel on the grass and lie down, take in the sounds of families at play, the songs of the birds and the urban scenery. You will never feel closer to the city, or further away.
Open In Google Maps
100 North Toluca Street, Westlake, Los Angeles, California, 90026, USA
+12132501100
Visit Website
Give us feedback

Defying stereotypes of a city stranded in a desert and lacking in public space, Los Angeles boasts a picturesque urban lake minutes from its city center. That’s right, a lake where you can feed ducks, rent a pedal-boat or simply relax by the waterfront with a cup of Intelligentsia Coffee (purchased from the pricey boathouse café), and take in the people and scenery. The most visually impressive feature is the pair of geyser fountains, which shoot water to incredible heights. Jog over to the promontory at the north end of the Lake (fronted by the Depression-era Lady of the Lake Statue) to witness the fountains appear to ‘soar’ over the Financial District’s tall skyscrapers, situated in the backdrop. You will never again consider traveling thousands of miles just to visit Central Park.

Looking westward from the sidewalk in the middle of the First Street bridge, the observer not only gets to see the downtown skyline but feel the pulse of the city. Gold Line light rail cars cross the bridge into and out of downtown, emanating an electric hum amid the rush of automobile traffic in the vehicle lanes. Passenger and freight trains can be heard rumbling below, carrying goods to nearby warehouses or passengers to Union Station. Turning to the right or to the left affords a view of the parched LA Riverbed, surrounded by train tracks and warehouses, and crossed by a series of auto-choked bridges. Focusing back towards the west rewards with a unique eastern perspective of the skyline. Finally, take a moment to admire the neoclassical architecture of the bridge, designed in the City Beautiful style in the late ‘20s.