The Best Family-Friendly Hotels in California 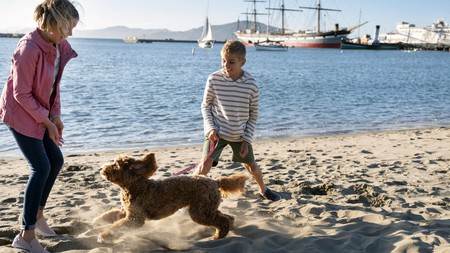 California is a go-to family destination with plenty of kid-friendly places to stay | Courtesy of The Argonaut / Expedia.com

These family-ready crash pads make perfect bases for California adventures with kids – from skiing in Tahoe to building sandcastles in Santa Monica.

Near-constant sunshine and world-class attractions like the San Diego Zoo and Disneyland make California a go-to family destination. Many hotels go the extra mile to make families feel welcome by providing cribs, play areas and fun activities to keep kids occupied. Culture Trip rounds up the best of them. 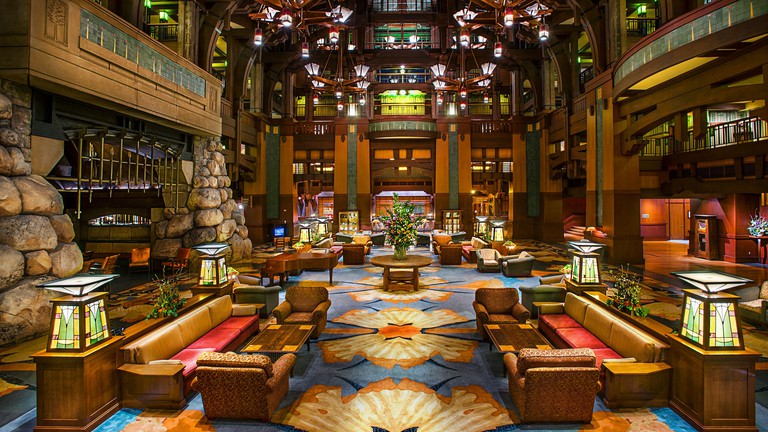 Courtesy of Disney's Grand Californian Hotel and Spa / Expedia.com
View Rooms
Craftsman-style Disney’s Grand is a Disney film come to life. Guest-room murals depict a blossoming orange tree with Chip ‘n Dale playing in the branches. At Napa Rose, Elsas in waiting can visit with Disney princesses during a three-course breakfast. The Redwood pool has a 90ft-long (27m) gurgling water slide that curves around the stump of a giant redwood tree. Adults will appreciate details like California-inspired artwork, copper accents and countertops inlaid with wine-bottle glass. Guests can easily access Disneyland from an entrance on the hotel grounds.
EVERYTHING YOU NEED TO KNOW 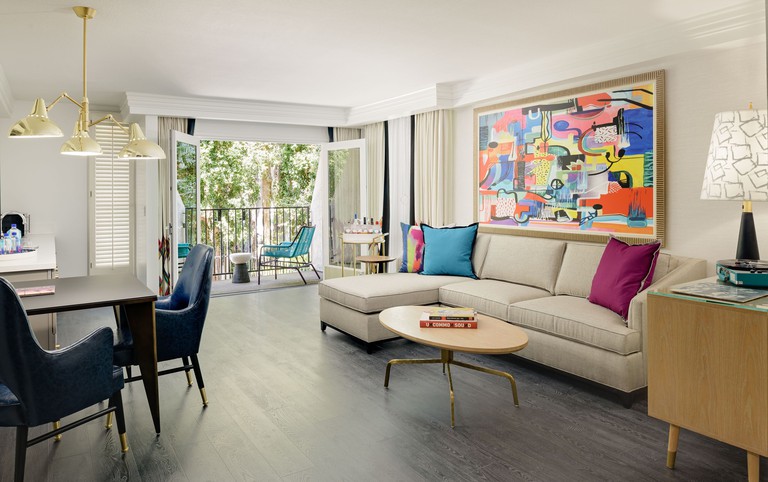 Courtesy of Le Parc Suite Hotel / Expedia.com
View Rooms
Designed by Alison Andrus of Waldrop + Nichols Studio, Le Parc Suite Hotel emulates an art collector’s residence; there’s a lobby chandelier featuring acrylic disks in multiple finishes and screen dividers with bronze geometric-patterned frames in each unit. The 154 apartment-style suites come in all sizes, ranging from 650 to nearly 1,000sqft (93sqm). Before heading out to dinner, kids can watch movies on a flatscreen TV while parents sip sundowners on the balcony. The hotel is located in West Hollywood (or WeHo, if you want to impress the kids) – within reach of Santa Monica’s child-friendly pier and sands.
EVERYTHING YOU NEED TO KNOW 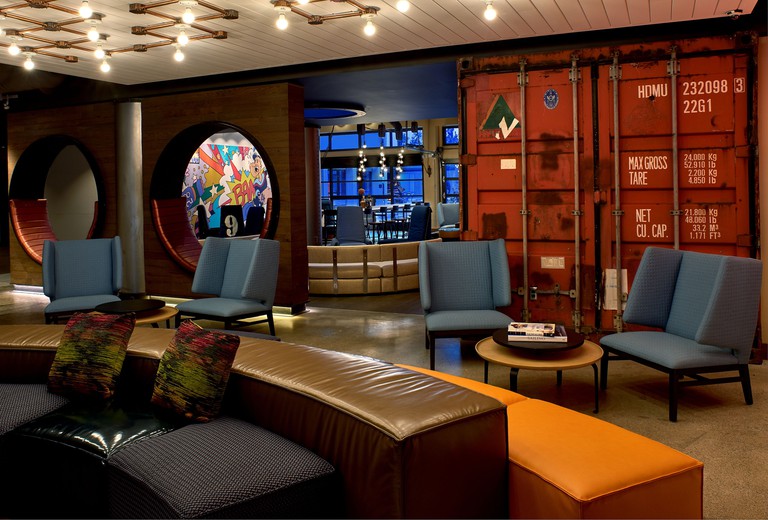 Courtesy of Hotel Zephyr San Francisco / Expedia.com
View Rooms
Located in San Francisco’s historic Fisherman’s Wharf, Hotel Zephyr puts guests on the doorstep of some of the city’s best family attractions. These include the National Maritime Museum, Pier 39 (home of the aquarium and sea-lion sightings) and Ghirardelli Square – with its ice-cream parlor for refuelling afterwards. The hotel itself provides plenty in the way of family-friendly fun too – with an indoor games room and a large outdoor play area featuring fire pits, games and San Francisco’s largest periscope (true story). There’s also a cool design element: the hotel’s ship-yard chic look pays homage to the neighborhood with recycled cargo containers and fishnet light fixtures.
EVERYTHING YOU NEED TO KNOW 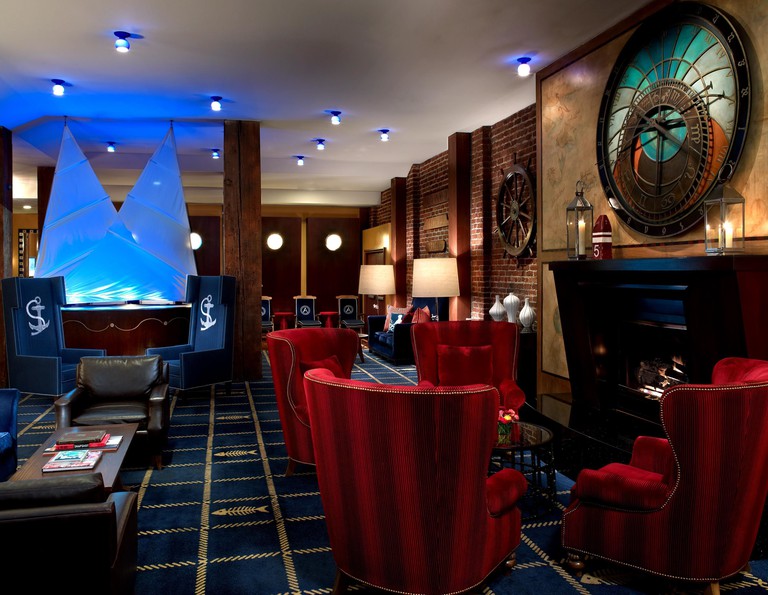 Courtesy of Argonaut Hotel / Expedia.com
View Rooms
Dating back to 1907, the Argonaut started life as an unremarkable brick warehouse, but today it’s one of San Fran’s most family-friendly hotels. Kids can take part in a scavenger hunt, play board games around the fireplace and go on two-hour bike rides, while teens will be kept entertained with an Xbox console in the lobby. Activities for the whole family? You’re in luck. The Maritime National Historical Park’s visitor center is just next door, and guided waterfront tours with a park ranger are available to all guests on Saturdays and Sundays.
EVERYTHING YOU NEED TO KNOW 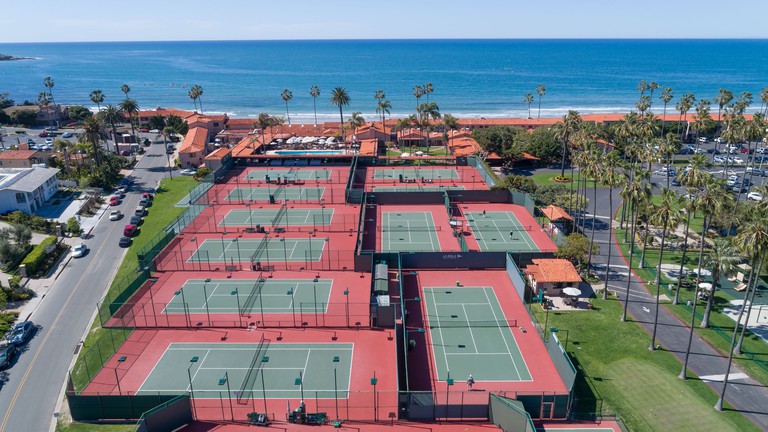 Courtesy of La Jolla Beach and Tennis Club / Expedia.com
View Rooms
Families go to La Jolla Beach & Tennis Club year after year for exclusive access to one of San Diego’s most beautiful beaches, La Jolla, and plenty of activities. Families can swim and surf in the Pacific, roast sausages and hamburgers during sunset barbecues and play tennis. The hotel, which has 12 championship hardcourts, offers a range of kids’ lessons, clinics and camps. Families can also visit the nearby hands-on Birch Aquarium, home to sharks and giant sea turtles, or embark on an adventurous ocean kayak tour that might include dolphin and leopard-shark sightings.
EVERYTHING YOU NEED TO KNOW 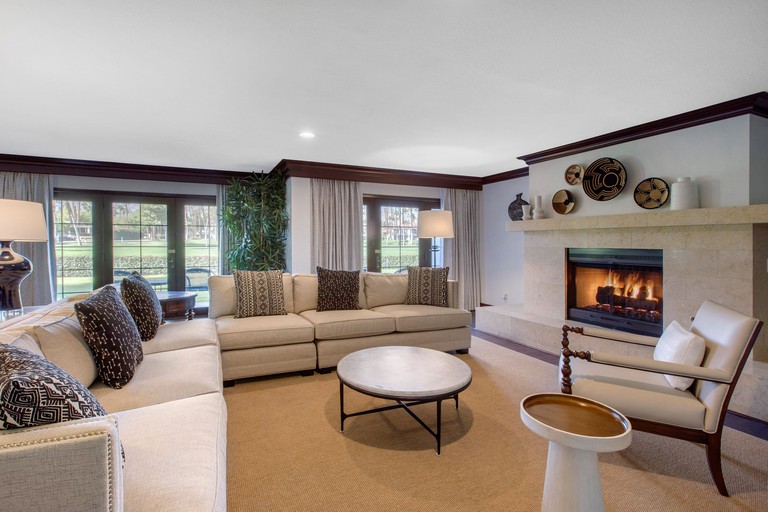 Courtesy of Omni Rancho Las Palmas Resort and Spa / Expedia.com
View Rooms
Parents know that nothing makes kids more tired than a full day of water activities. Omni Rancho Las Palmas’ water park, Splashtopia, with a 425ft (130m) lazy river, two slides and various water-play zones with fountains and sprinklers, means adults are guaranteed a good night’s sleep. Parents will enjoy the cliff-side hot tub, sandy beach and Spanish-inspired guest rooms with pops of color, crisp cotton linens and French doors that open to furnished private patios. Families may want to spring for one of 22 suites with wet bars, fireplaces and pool tables for an even more comfortable stay.
EVERYTHING YOU NEED TO KNOW 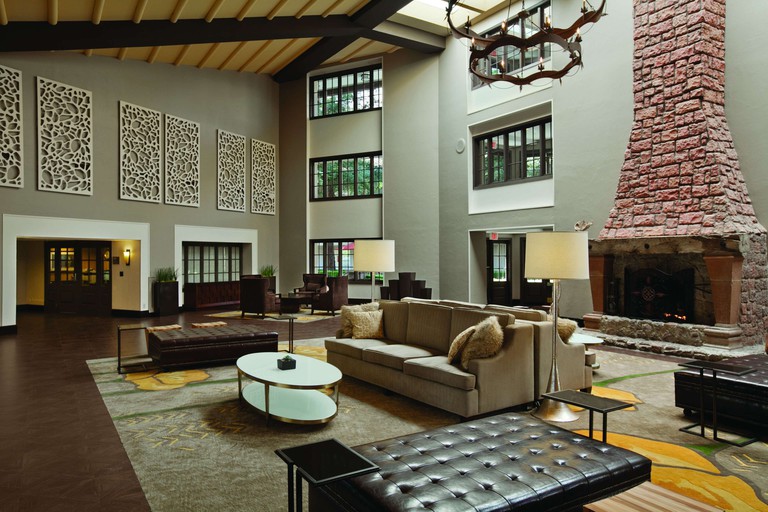 Courtesy of Embassy Suites Hotel / Expedia.com
View Rooms
Children will enjoy exploring the Embassy Suites’ rambling acreage in the NorCal winelands featuring rose bushes, a chef’s garden and a mill pond with swans. Two-room suites have plenty of space for the whole family, and the restaurant serves farm-to-table kids’ specials and Napa Valley wines (to keep grown-ups happy). The hotel, which has outdoor and indoor pools, is five minutes from downtown Napa and 10 minutes from family-run wineries on Highway 29 and the Silverado Trail.
EVERYTHING YOU NEED TO KNOW 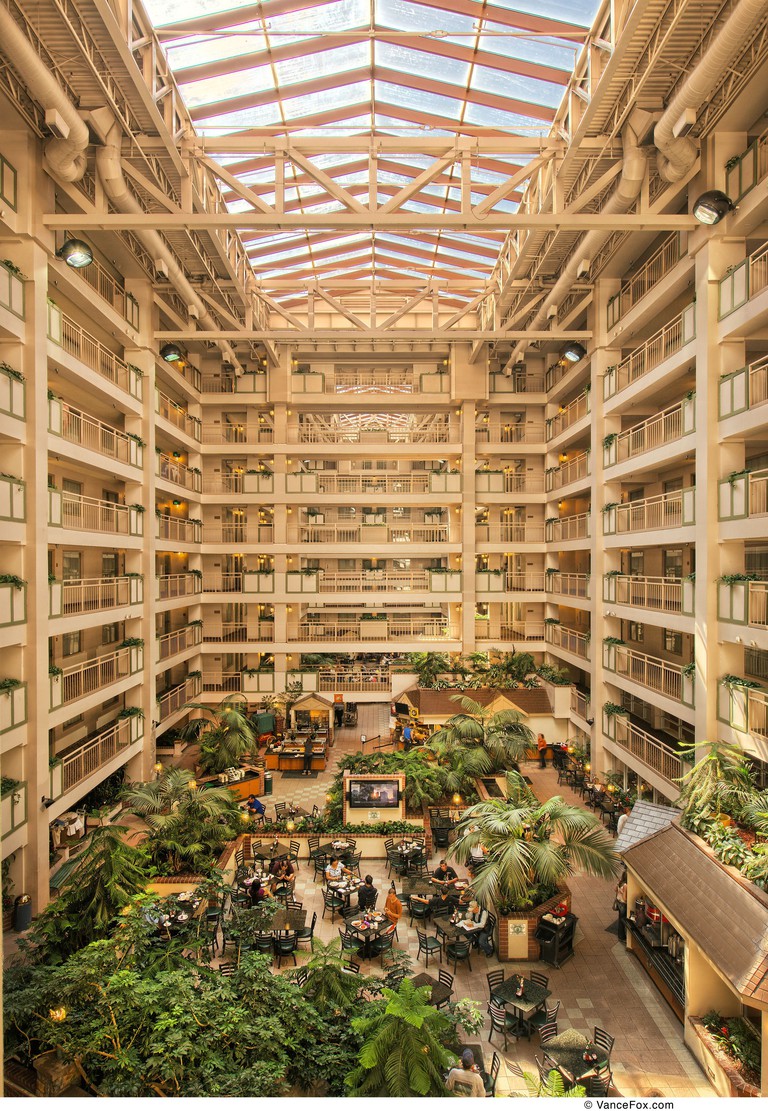 Courtesy of Lake Tahoe Resort Hotel / Expedia.com
View Rooms
Kids under 17 always stay free at the all-suite Tahoe Lake Resort. Two-room suites ensure parents get peace and privacy, while an extra-large family suite can house two adults and five children. When you’re not out taking on the runs of Tahoe’s ski resorts – including Heavenly and Squaw Valley – other family-minded features back at the hotel include a heated indoor pool and a Koi pond with three turtles. Even happy hour is a family affair, with free soft drinks and snacks, but the biggest draw may be the hotel’s futuristic glass elevators, which provide wonder on every ride.
EVERYTHING YOU NEED TO KNOW
Give us feedback