Enjoy The Water In The Bay Area Without Getting Wet 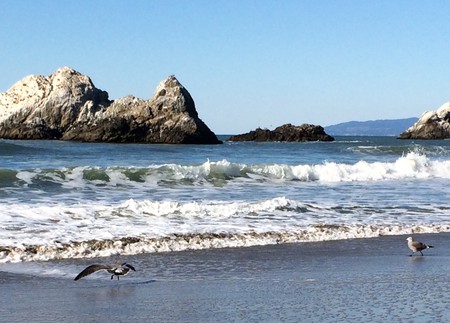 One huge benefit of being in the San Francisco Bay area: a visit to one of Mother Nature’s water features fits easily into your day. Take your pick – ocean, bay, lake, river, or estuary… a relaxing view is minutes away. The SF Bay Area has plenty to offer water lovers who want to stay dry.

Being around large bodies of water is so refreshing, because water in motion throws negative ions into the air. Exposure to these sub-atomic particles of energy is a great mood booster. There is lots of info about negative ions out there, so The Culture Trip will steer clear of getting too deep into the subject here, but knowing exactly why people love being around the water justifies seeking out opportunities to do so.

For some, the idea of being in the water is downright gross, and for good reason. Northern California beaches are graded as some of the dirtiest in the state. Closer examination of a drop of ocean water will give any germophobe a billion reasons to be okay with gazing offshore or gliding across the surface instead of splashing around in ‘unprocessed’ water. So what’s a negative ion junkie to do? Well, there are many ways to fully indulge in some Bay Area electron energy without getting wet!

Whatever the season, keep the Bay Area’s famous water-effect wind chill factor from ruining your fun with a heavy, water-resistant coat. The tour starts on the ‘left coast’…

Ocean Beach is where you step off the streets of San Francisco onto the shore of the Pacific Ocean. The view of the vast sea and craggy cliffs is awe-inspiring. The hundreds of beach-niks all around fail to disturb the serenity.

Enjoy the view from the back of Cliff House, and stroll up Point Lobos Avenue a bit to take in the view of the Sutro Baths ruins. If you are up for a longer hike, attack the trails that wind through Land’s End and Sutro Heights Park.

Tip: before embarking on this expedition, dip into Beach Chalet and fuel up on a decadent pastrami sandwich platter. 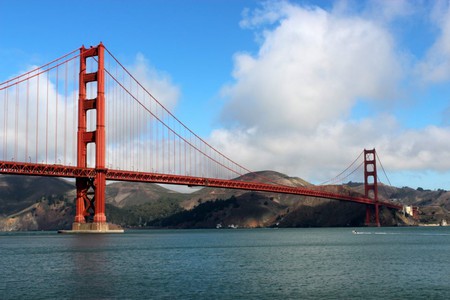 The Warming Hut is a cozy little café that serves food and sells souvenirs. It is also a great jumping-off point for a stroll along Crissy Field, a beach and restored marsh at the northernmost tip of the San Francisco peninsula. Enjoy fantastic views of the Golden Gate Bridge. Spread a blanket at the West Bluff Picnic Area, turn off your phone, slap on some sunblock, and soak up a huge dose of negative ions.

Tip: as you are leaving, zip up Marine Dr. and snap a few pics from the Fort Point parking lot. 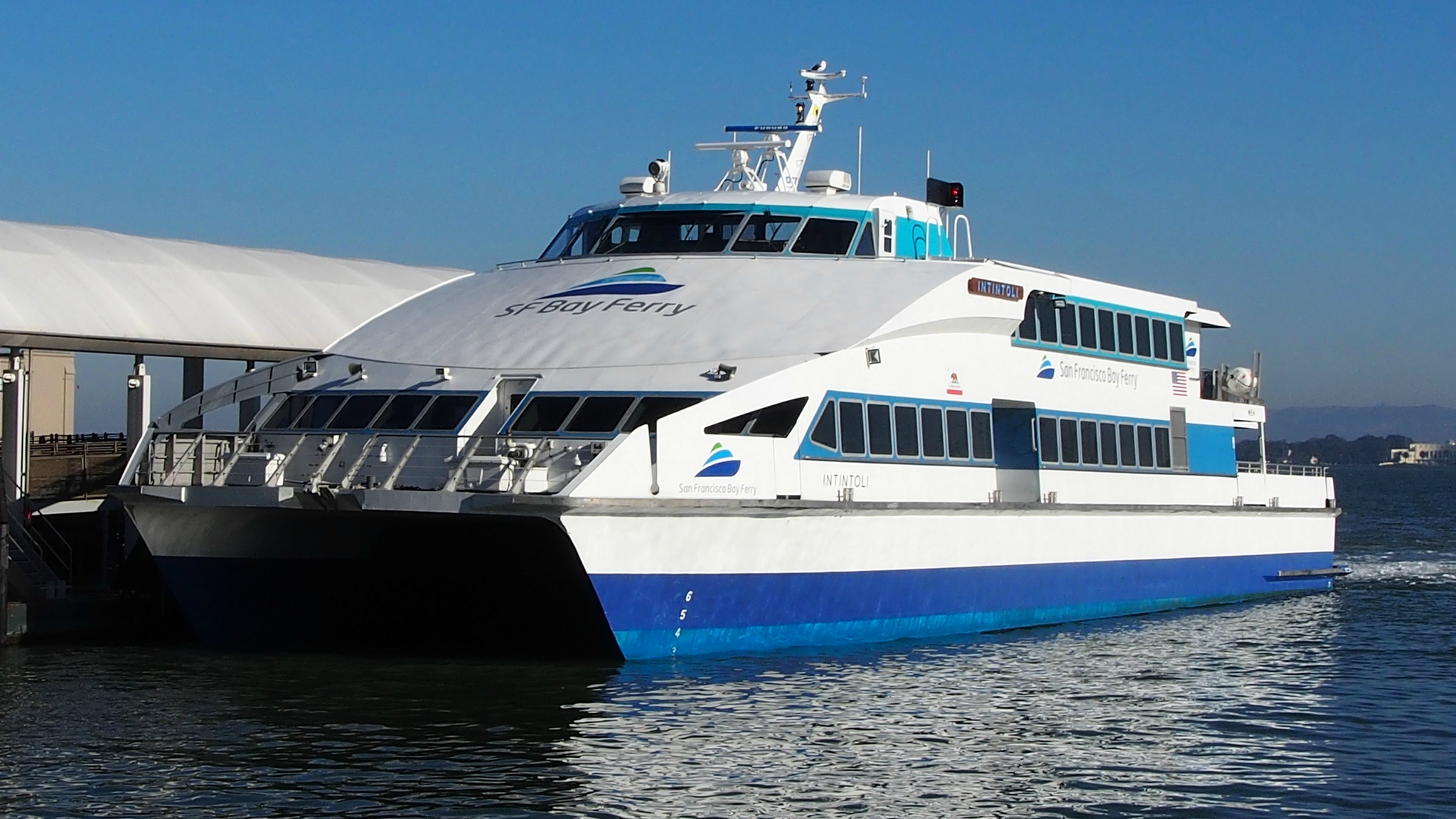 The ‘right coast’ of the peninsula is a world chock full of tourist attractions and fun diversions. Here are a few of the most negative ion–intensive experiences:

The San Francisco Bay Ferry is foremost a commuter line, but it’s also a great way to facilitate a day of sightseeing. There are several ferry routes crisscrossing the San Francisco Bay, and there’s even a route that traverses the San Pablo Bay on the way to Vallejo. Eight ferry terminal locations around the bay and a generous ferry schedule make it easy to plan a visit to any of the major bay coastline destinations. The shortest one-way trip is ten minutes and the longest is sixty minutes.

Keep an eye on the time: missing the last ferry will leave you stuck miles away from your car! The ferry operates daily, except on Thanksgiving Day, Christmas Day, and New Year’s Day.

Tip: Saturdays tend to be ‘Let Your Kids Run Amok, Screaming Day’ on the more popular SF-bound routes. If you are lucky enough to have a weekday opening on your schedule, seize the day and take a tranquil ride over the water. 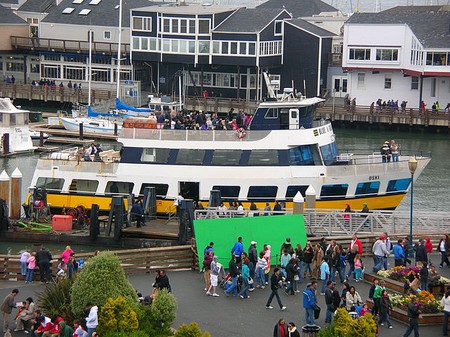 There are two fleets providing leisurely sightseeing cruises over the San Francisco Bay: the Blue & Gold Fleet and the Red and White Fleet. These boat tours originate from the Fisherman’s Wharf area and depart on 60- and 90-minute narrated tours of the Bay. The shorter trips buzz along the waterfront; the longer routes cruise around Alcatraz Island and under the Golden Gate Bridge.

The two fleets provide similar experiences. The blue fleet provides narration via loudspeakers on the boat; the red fleet provides narration via headsets. The blue fleet docks closer to the shopping at Pier 39 and the red fleet docks closer to the Taylor Street restaurant row. Review schedules and pricing and pick what suits your plans and pocketbook.

Tip: after your cruise, dip into one of the cozy, old-school restaurants on Taylor Street for an exquisite clam chowder or steamed crab! 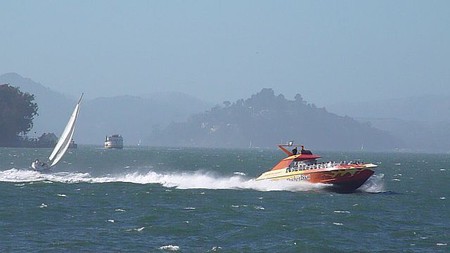 Another great experience on the SF Bay is seasonal and may entail your getting splashed just a little. The RocketBoat, operated by the Blue & Gold fleet, zips across the water at 35 miles an hour for a wild 30 minute thrill ride set to rock-n-roll music. You might miss the bay sights (because your eyes might be closed!), but the heart-pounding experience serves a dose of high-speed negative ions. Check the website for season and schedule.

Tip: graciously accept the free plastic poncho provided when you board, and sit as close to the bow as you can for maximum roller coaster action!

The Port of Oakland is one of the world’s busiest major container ship facilities. The Public Access Oakland Waterfront has become an important recreational and cultural hub and nature conservancy. There are many features that cater to the person who wants to soak up a water-influenced vibe. 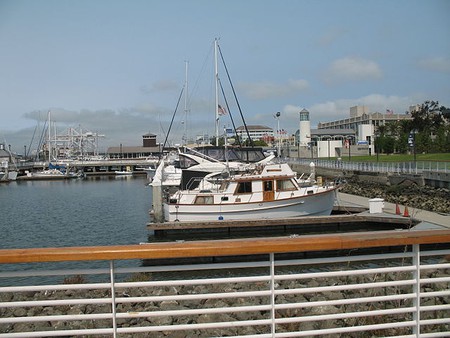 The namesake of the neighborhood and business district that comprises Oakland’s waterfront is Jack London, the famed author. There are dozens of shops, artist’s spaces, and even an Amtrak station. Hundreds of private boaters moor at the marina. At the top of the things-to-do list: chilling on the steppes that lead right up to the water. 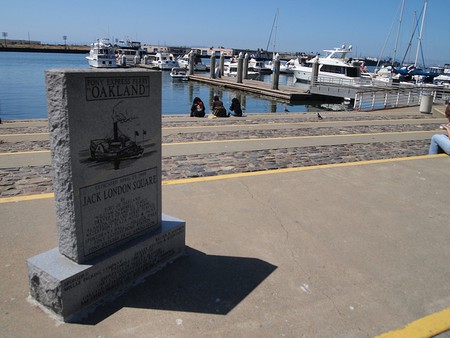 Lining the square are great restaurants with fantastic views of the port, and Jack London Square hosts tons of events year round.

Tip: take in the view from the top of the public restroom tower and then explore the square and marina on foot. 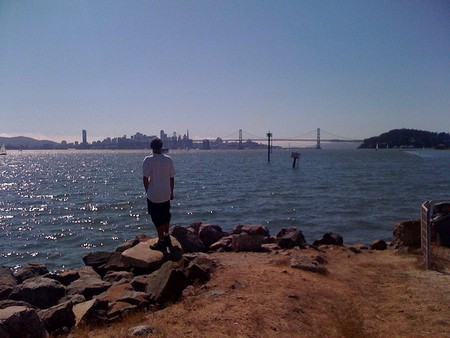 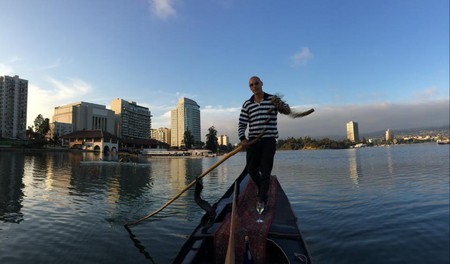 Gondola panorama | © Tony Bear!
The shoreline of the Middle Harbor was a World War II naval ship basin with limited public access. Now, Middle Harbor Shoreline Park is open to the public from 8am to dusk, year around. The park, tucked away in a mostly industrial neighborhood, is the best-kept secret among devout negative ion junkies.

The park boasts an amphitheater that overlooks the bay, a viewing tower, BBQ areas, bike/walk paths, fantastic views of the urban skyline, and great fishing. A walk along the jetty will provide maximum exposure to all the negative ions you can handle.

Tip: prepare to be mesmerized by views of the Canadian geese taking flight and the huge container ships cruising by. Bring your camera and snap selfies with the port’s container cranes in the background.
Open In Google Maps
2777 Middle Harbor Road, Oakland, California, 94607, USA
+15106271634
Visit Website
Give us feedback

This huge lagoon in the middle of Oakland is a magnet for negative ion junkies, seven days of the week. Lake Merritt was the very first wildlife refuge in the U. S. The diverse, year-round population of birds and the cultivated foliage add to the tranquil vibe. Lakeside Park attracts cultural celebrations and cookouts, and the trails are popular with joggers and walkers. The City of Oakland operates a boating center where a variety of watercraft is available for rent.

Tip: dip into the Lake Chalet Seafood Bar & Grill for dinner and a bottle of wine to take on board your authentic Venetian gondola ride.

T. Bear! is a Northern Californian by way of Arizona and a multimedia personality who also writes for his blog The Celebrity-free Zone. When he’s not crafting blogs or videos, you may find him on a street photography safari or trying out recipes to add to his Big Oven page.