Empress Of: ‘I Don’t Feel Like I Have To Prove Myself to Anybody’ 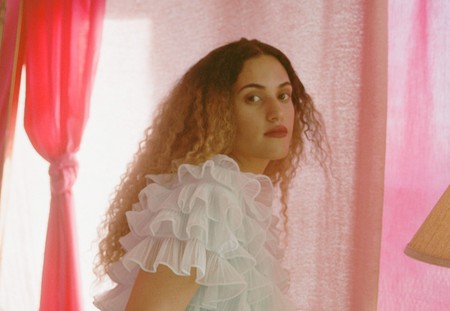 Empress Of is back with her second album | © Fabian Guerrero

Empress Of’s bold and self-assured music makes her one of electropop’s most intriguing voices. She reveals why she’s determined to represent her Latin heritage in her work and how her new album Us is indebted to her home city Los Angeles.

The phrase that comes up the most when you’re talking to Lorely Rodriguez is how she’s just trying “to be myself.” This quest by the Los Angeles singer – who goes by the stage name of Empress Of – to be truly authentic means directing her own videos, learning how to say ‘no’ and including her Honduran heritage where she can in her music.

In the flesh, Rodriguez is more baby-faced than she appears in photos. Dressed in an oversize black hoodie, navy trousers and bright pink sneakers, she looks far younger than her 27 years. A thick shock of curls trails down her back.

In 2015, she released Me, one of the most exciting debuts that year. With her striking voice, slinky R&B melodies and minimalist electro beats, she created dark and unusual soundscapes that were fiercely defiant. Her new album, Us, sticks to the electropop template but is far sunnier and poppier than her previous effort. The singer reveals the album represents a fundamental shift in her own thoughts and attitude to life.

“The first record, I was just filled with so much frustration. I was singing to one person. Every song is so focused either on someone who is attacking me or someone who’s hurting me emotionally. This record is more like, ‘Let me tell you a story.’ Like I’m sitting next to a friend and telling them something. I wanted it to have stories about my community.” 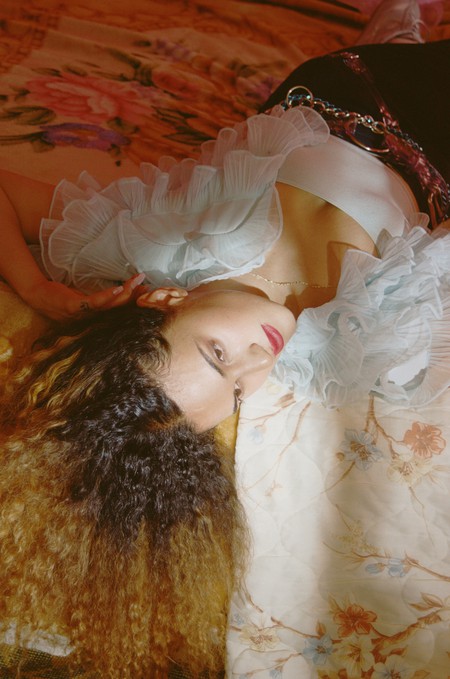 The singer has moved back to Los Angeles | © Fabian Guerrero

There have been some big changes for Rodriguez since Me came out. She’s moved back to her home city of Los Angeles after falling out of love with New York and its onslaught of gentrification, she’s given up all her other day jobs so that she can focus on music full time and she’s now coupled up. While her debut album was very much indebted to her time in NYC, its follow-up belongs to the spirit of the city she was brought up in, with its Californian sunshine and laid-back way of life.

“A lot of people have been making comments about how this is an LA album and how it sounds like LA. For the most part that is true because I’m very affected by where I am. I live 15 minutes from my mom now. The sunshine and being close to my family, they’re really joyful things for me, so I think you can hear it in the music.”

Rodriguez sings in English and Spanish on both albums, dealing with wide-ranging topics that go beyond typical love songs. ‘Water Water,’ one of the best songs from Me, was an evocative house track that somehow managed to weave the scarcity of water in with a turbulent relationship; ‘Kitty Kat,’ with its skewed beats and distorted synths, was her furious response to being harassed in the street.

On Us, she’s widening her scope of vision by looking outwards to her friends, to her listeners and to her community. There are songs about her friend’s depression (‘I’ve Got Love’), her friendship with Blood Orange (‘Everything to Me’) and her experience with cannabis (‘I Don’t Even Smoke Weed’).

“I wrote that song because I just moved to LA. It’s such a huge part of California. It’s legal. You don’t need a doctor’s permission. You can just walk into a shop and buy it, which is a new thing. I was with my partner. We had just started dating. I don’t smoke weed. It makes me feel crazy and anxious, but we decided to smoke and play video games. I was like, ‘Oh my gosh, I can do this with you.’ It’s just about being comfortable with someone.”

As a teenager, Rodriguez became obsessed with Icelandic singer Björk. She was particularly taken with the big-band brassiness of her 1995 hit ‘It’s Oh So Quiet’ – so much so that she became a competitive jazz singer in high school and went on to study the genre at Boston’s Berklee College of Music. But her interest began to wane when she got her first laptop at 17 and started making beats. She ended up changing her course to sound engineering then moving to Brooklyn after graduating in 2011.

Playing music has been something she wanted to do ever since she was a kid. “There was a piano in my house and on the bench there was a Beatles music book for A Hard Day’s Night [1964]. I was six and trying to read the notes, but I didn’t know how to read them. I just remember being frustrated. ‘I don’t get it! I’m playing ABC. Why didn’t it sound like A Hard Day’s Night?’ I knew the scale, but I didn’t know how to read music.”

Her Latin heritage is something she weaves subtly into her work. Sometimes she switches to singing in Spanish, which she describes as “therapeutic” for her, and her bilingual vocals on tracks such as ‘Trust Me Baby’ reveal a sweet tenderness to her music. There are little nods in her visuals too, like the references to her quinceañera (the tradition of celebrating a girl’s rite of passage into womanhood) in the self-directed video for ‘When I’m With Him,’ which features appearances from Mexican artist Leather Papi and model José Hernandez.

Growing up in Los Angeles was defined by “the culture clash of being an American and living in pop culture,” she says. “MTV VMAs, VH1, coming home and having a mom from Honduras who’s raising four kids alone. Hearing salsa, eating rice and beans, grilled meats and tamales. That is a really unique experience. It’s part of who I am. Being a first-generation American kid of an immigrant. I tap into that because it’s really honest for me to portray that. I’m not faking it, and I’m not trying to be someone who I’m not. I try to represent myself truly.”

Rodriguez has vowed to direct all her other music videos after the success of ‘When I’m With Him’ because she wants “to represent myself the way I see myself.” She produced her first album herself. The singer is fiercely committed to her own vision of how she wants her art to sound and look. The cover of Me was a black-and-white photo of the singer with her hand in front of her face. It’s just her again on Us, but this time she’s sitting on the floor with her legs apart, staring at the camera. She’s not hiding any more.

Empress Of’s album Us is out on October 19 via Terrible Records.