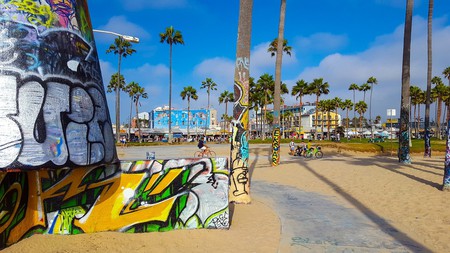 In the newest iteration of rented mobile transportation, electric scooters are taking over metropolitan cities across the country—and Venice Beach is the latest victim of this invasion.

Among the beautifully weird and whimsical, this new phenomenon is spanning the walking hub of the beach—and it is attracting all the wrong attention.

The overwhelming presence of the electric scooter company, Bird, is seen by many locals as unwanted. Though the advent of electric scooters in major cities seems like an exciting solution to transportation and ecological progression, Bird’s glamorized takeover of Venice Beach is not quite what it seems.

Like a swarm of locusts, Bird’s electric scooters have infested the walking streets and neighborhoods of Venice Beach. And the takeover was swift—a sudden population of Bird scooters are hastily strewn about sidewalks outside of Abbot Kinney boutiques, tossed in parking lots of local markets, or literally left for dead in the sand at the beach. Given that Venice is one of LA’s most prominent walking neighborhoods, it is impeding on the city’s culture as a whole.

So, what exactly is Bird doing? Sort of like rental bikes, their scooters function on a pay-and-go basis. In huge contrast to bikes, which are in legalized hub stations across the city, scooters don’t necessarily need to be “parked.”

Instead, the scooters lock after the paid ride, meaning that they stop working wherever you are. And this results in riders dropping them off wherever and whenever they see fit. Bird does encourage returning bikes to their “nests” (a.k.a. equally disruptive bins that are placed around the city) but the scooters are becoming a great public annoyance, comparable to littering—only much more space-consuming. 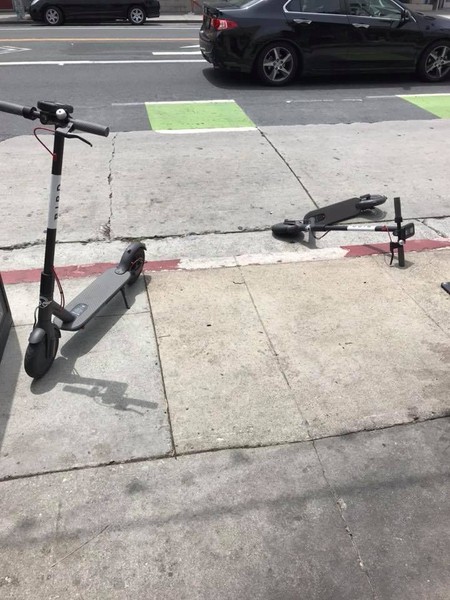 Locals and even visitors to Venice seem displeased with Bird’s new residence—the pedestrian-heavy city is raising a number of concerns that include injuries, hazard to children, and even a pending lawsuit.

For Venice local Rachel Robinson, the legalities behind Bird’s invasion of her neighborhood are most concerning.

“They started without proper licensing in Santa Monica and still have not been penalized for that,” Robinson said. “There should be more oversight and the company should have more responsibility when it comes to scooters being discarded and making sure that people are using them responsibly.”

Since the laws of rental scooters in major cities are still in flux, Bird was able to provide its services in Venice without an initial license.

Despite that, it seems the laws and rules are likely to change now that cases like Venice’s Jourdan Caley Stephens are coming to the surface.

Stephens’ mother was the victim of a Bird scooter accident, where she was hit by a rider while walking. And Stephens is taking action against the company.

“They are a really irresponsible company using public property to run a private business,” Jourdan said. “My mother now suffers permanent hearing loss from the accident and is attempting to file a lawsuit against them.” 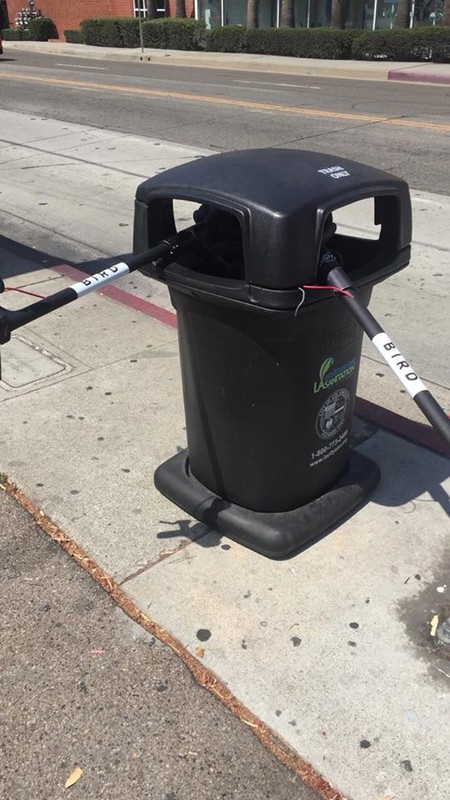 Despite the controversy and now legal afflictions with rental scooters in Venice, some locals are pleased with the new transportation option.

“I need the Birds—my bikes and skateboards are constantly stolen and I can’t legally drive a car,” Venice local Laurel Schmidt explained. “I spend way more than a car payment and insurance on Uber/Lyft monthly. It’s nice to have the option to be outside and save money while traveling in the neighborhood.”

And while the majority of locals in the area seem concerned by the lack of regulations and haphazard use of Bird’s scooters, CEO Travis VanderZanden remains unaffected by them. VanderZanden compares the growing company’s expansion to another similar tech area that happened in the past.

“Go back to the early 1900s and people would have a similar reaction to cars because they were used to horses,” he said. “They had to figure out where to park all the dockless cars.”

While his optimism remains, well, blissfully optimistic, Bird and its rental scooter counterparts in other cities still have a way to go before safe and legal measures are taken to improve their usage. With potential for more injuries and complicated lawsuits looming on the horizon, responsibility falls on the city itself to combat these local concerns.

Los Angeles City Council member Mike Bonin is among those currently considering regulations, but for now, the debate continues.

For more information, check out the video below: