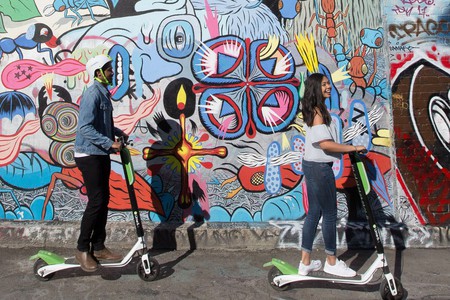 Lime Electric Scooters are on the streets of several cities | © Lime

Electric scooters are being dumped on the sidewalks of cities across California and are headed to Europe—is this a trend that will continue or a brief fad destined for failure?

If you’re in a major city and see an abandoned electric scooter on the side of the road, there’s a strong chance it’s not been left there to rust, and is, in fact, part of a new trend in city transport.

In cities like Los Angeles, San Francisco, and soon Paris, colorful, compact electric scooters have taken over the sidewalks, leading to gigantic valuations for the startups offering them, pushback from the local naysayers, and questions being raised over regulations and safety.

Venice Beach in Los Angeles is never a dull environment, where almost anything on wheels can fly by as you walk on the street adjacent to the sea. The area is deeply associated with skateboarding, but these days there are possibly even more scooters than skaters, as the whirring wheels of cheap transport have taken over.

Part of the reason these scooters are so popular is they’re easy to operate and cheap. Users download an app which helps them locate the nearest scooter. When they find it on the side of the street they pay $1 to unlock it, and are charged 15 cents per minute to use them. After reaching their destination, users simply log out with the app and leave the scooter wherever they get off.

Bird is one of three large American operators in this type of service. The company began in Santa Monica in 2017 and has since spread to several U.S. cities, including San Jose, San Francisco and Washington DC. The company dominates the Venice Beach area and was rewarded with investment worth over $110 million and a valuation exceeding $1 billion. 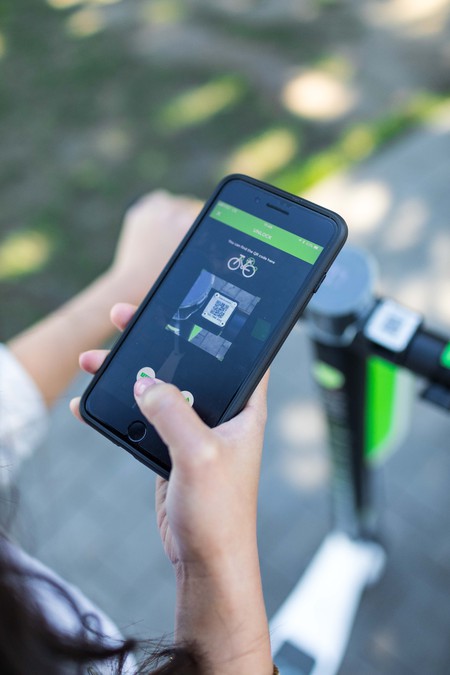 The scooters are accessible via an app. | © Lime

While Bird has always concentrated on scooters, its competitors have only recently moved into the market. Lime’s original offering was shared bikes, but has taken on the scooter market in a big way. The company has also reached a valuation of more than $1 billion according to a report by Bloomberg. The final player in the Californian market is Spin, which is in 18 cities and 30 college campuses, although there are plenty of companies all over the world trying to offer something similar.

The scooters have been compared to the shared bike systems which are popular in places like London and New York. But there are a few key differences that have allowed the scooters to rival them in popularity. One is that the scooters are motorized, meaning it’s not a form of exercise like a bike. The other is being able to drop them anywhere, without having to return them to a docking station.

All of the scooters available in California can reach speeds of no more than 15 miles per hour, and have a varying radius in which they’ll operate. They offer commuters, tourists, and even retirees an easy method of navigating a city, with minimal hassle or cost, but the companies have met pushback from city lawmakers wherever they’ve ventured.

Officials in both San Francisco and Santa Monica assert the companies launched their fleets of scooters without getting permission to just leave them in the streets. They’ve claimed that most of the users aren’t following the laws of the road and are endangering pedestrians by riding on sidewalks. And there have also been complaints the scooters block parking spots, sidewalks, and even wheelchair access. There have been complaints from locals, including an op-ed in the LA Times claiming the scooters are ruining Venice Beach, but other opinion pieces have begrudgingly admitted the usefulness of the system.

The next city to be invaded by scooters from the big three providers will be Paris, where Lime scooters are expected to be unleashed onto the streets this week. There will be plenty of discussions regarding safety and regulations to come, but the sight of scooters left on the sidewalk and zooming along city streets is one we’ll see for some time yet.