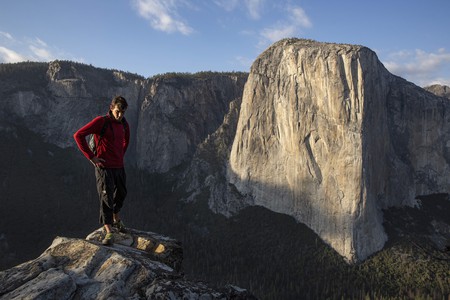 Looming over Yosemite Valley, El Capitan is widely regarded as the most brutal challenge in rock climbing. Nearly 3,000 feet (900 meters) high, this California summit attracts climbers from all over the world, but few can say they’ve truly tamed it.

The Sierra Nevada mountain range in central California is filled with towering granite giants, but no other peak commands as much attention or respect as the vaunted El Capitan. 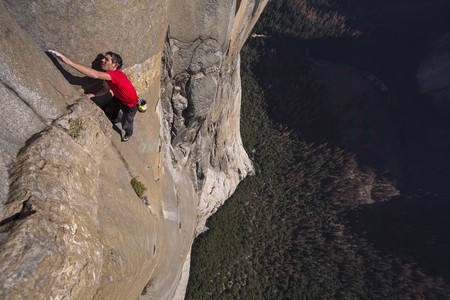 A wall of near vertical stone that dominates Yosemite National Park, it has long bewitched the climbing community. Professional climber Tommy Caldwell completed the first free ascents of a number of different routes up El Capitan and knows it better than most. “El Cap is unfathomably huge,” Caldwell says. “It’s over 3,000 feet of sheer granite; looking at it, it doesn’t seem right – it doesn’t seem like you should be able to climb it.”

There are rock faces both steeper and larger, but nothing approaches the heady mix of height, steepness and sheer slipperiness of El Cap. It is vast and unforgiving.

Its challenges have obsessed climbers for generations. First scaled in full in 1958 by a group led by Warren Harding (not the US president of that name, who died in 1923 and was less athletic), the ascent involved 46 days of climbing, done bit by bit over a 16-month period, because it was simply too difficult to do in a continuous climb. The group had to drill bolts into the granite and pull themselves up. Owing to the difficulties Harding’s group faced, not to mention those who have tried it since, El Cap has passed into legend among the rock-climbing community.

It still takes most people days to climb El Cap. That is to say nothing of the thousands of pounds worth of technical gear needed to ensure a safe ascent. If you’re really good – the absolute elite – then you could free climb it, meaning that upward progress is made only with hands and feet on the rock, and with ropes only employed as a safety net should you slip.

In June 2017, Alex Honnold free solo climbed it. No equipment, no ropes, nothing. The official name given to his ludicrous feat is the “first free solo ascent” of Freerider (the specific route he took up El Cap), but that doesn’t even begin to explain just what an achievement it was. 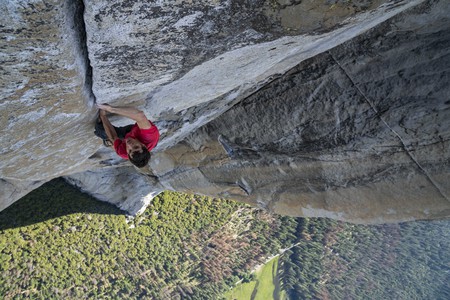 “El Cap is the most impressive wall on Earth,” Honnold says. “I’ve thought about climbing [free soloing] El Cap each year since 2009. I think, ‘This is the year,’ and then each year I think, ‘This actually isn’t the year. This is fucked.’ Maybe it’s not for me, it’s for future generations, or just someone who has nothing to live for.”

It’s impossible to undersell Honnold’s achievement. Free soloing is so dangerous that fewer than 1 in 100 climbers attempt it. Caldwell explains: “I’ve had 30 or 40 friends or people I know die climbing. Everyone who has made free soloing a big part of their life has died.”

Then there is Honnold, who has completed over 1,000 free solo climbs. Honnold’s feat is the focal part of the new BAFTA-winning film Free Solo, a movie that started life as a profile of the protagonist rather than of “The Big Stone.” “We didn’t know anything about free soloing El Cap,” says director Jimmy Chin. “El Cap almost ended the project because we didn’t want to be a part of it in case something went wrong. The rule was that no one was ever allowed to ask Alex when he was going to do it.”

Caldwell says: “Imagine an Olympic gold level of achievement, but if you don’t get that gold medal, you die. That’s El Cap. That’s what we’re talking about.”

Soloing El Cap wasn’t ever really considered a realistic, viable option until Honnold came along. Not only did he climb it; he reached the summit less than four hours after starting. In the film he even breaks down various parts of the climb, each offering their own individual terror.

On the Monster Offwidth (a particular section on El Cap) the only way climbers can stay on the wall unaided is their own body weight and strength. There are no holds for your feet so it’s the pressure you apply with your hands that keeps you there. It takes 2,100 feet (640 meters) of climbing to get to that point. 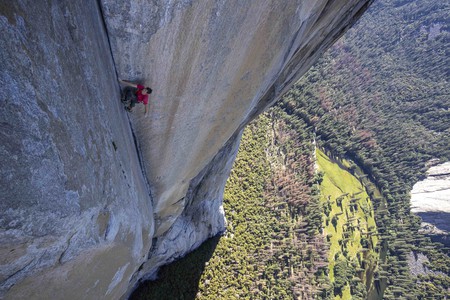 “At the Monster Offwidth it feels like some part of your body is always being crushed,” says Honnold. “While someone is flogging you and rubbing sandpaper across your body, telling you to hold the position you’re in until you vomit, knowing if you lose that position you die.”

Often in sport, when an achievement is unlocked there is a rush to beat or at least match it. Given the challenge that El Cap represents it might be a while before someone tries to take Honnold’s title. It’s difficult to imagine climbers hurtling up the cliff face, half a mile in the sky, relying on the strength of their fingertips to reach the peak. Honnold may have tamed it, but the jewel in Yosemite’s crown remains the most difficult climb on the planet for good reason.