Dorothea Lange: A Powerful Photographic Portrayal Of Strength Through Suffering 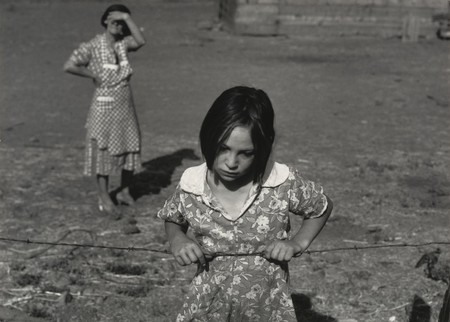 Dorothea Lange’s iconic photograph Migrant Mother (1936) has long been used to epitomize the Great Depression in the United States. Lange’s documentary photographs have shaped the discipline, acting as a vehicle for socio-political commentary whilst preserving moments in ‘contemporary’ life. Her photographs still hold a poignancy in modern-day culture. Here, we explore the artist’s life and work. 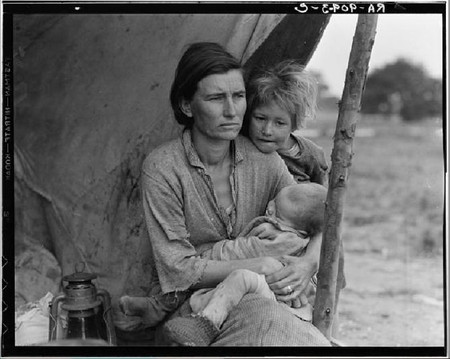 Lange was born in 1895 in New Jersey. As a child she suffered from polio, which left her with one weak leg and a subsequent limp. This was detrimental for Lange – her subsequent condition haunted her through childhood, adolescence, and into adulthood.

Lange claimed that the polio shaped her personality and informed her outlook, in addition to making her feel constantly humbled by the disability. “I think it perhaps was the most important thing that happened to me, and formed me, guided me, instructed me, helped me, and humiliated me.” 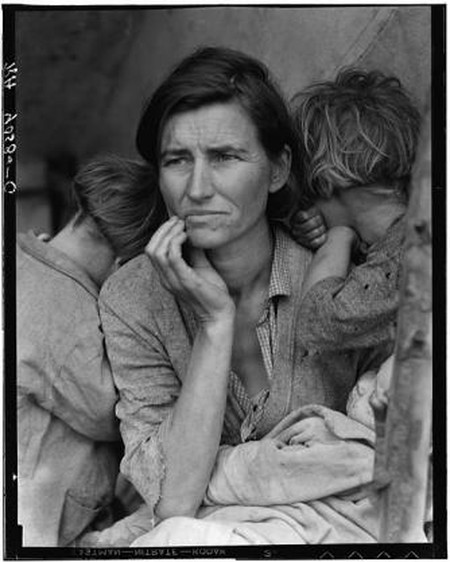 Lange studied photography at Columbia University in New York City before moving to San Francisco where she ran a portrait business, before the United States was hit by the Great Depression.

The Great Depression hit when the stock market crashed in 1929, and the economy continued to suffer into the early 1940s. Panic, bankruptcy, foreclosure, and redundancy swept the country. With joblessness spiralling out of control, things got even worse as droughts and dust storms ruined agriculture. With no water or food, America went into a state of emergency.

During the Great Depression, Lange was employed by the Resettlement Administration/Farm Security Administration (FSA) to document the impact of the economic sufferings with America. Using her photographic skills to document the victims of hardship, Lange’s work would capture some of the era’s most important moments in time.

Arguably Lange’s most famous photograph, Migrant Mother portrays a mother of seven subjected to America’s agricultural misfortunes within a settlement for the poor. Finding themselves out of food and nearly helpless, the ‘migrant mother’ sits under a tarpaulin canopy with her children, dressed in dirty rags, nuzzling into her.

As a part of the FSA assignment, Lange perfectly captured the scene with six photos taken in ten minutes. Lange didn’t know the woman’s name, so it was simply labelled Destitute pea pickers in California. Mother of seven children. Age thirty-two. Nipomo, California. February or March, 1936. The ‘mother’ was later identified as Florence Owens Thompson. 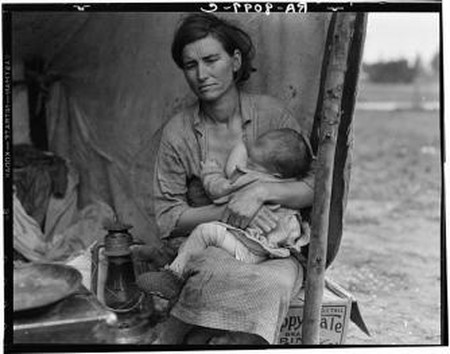 Upon discovering the haunting disparity of the camp, Lange sent the images off to the editor of a newspaper in San Francisco, where they alerted the federal authorities about the poverty-stricken living conditions in California. The camp received resources, rescuing them from starvation.

Lange’s photograph is considered a perfectly accurate depiction of America’s social and political tragedy at the time. Her documentary technique is both neutral and detached. By remaining creatively impartial, Lange documented the scene with honesty, conveying a powerful image of strength through suffering.

Today, the ‘mother’s’ face has become a universal symbol of strength and dignity in contemporary culture. Possessing a timelessness, her immortalized presence has fuelled discourse linked to women in social issues and the transcendence of class boundaries. Its extensive reproductions and re-appropriations have cemented it as one of the most influential documentary photographs, as well as being responsible for carving out a new direction for documentary photography. 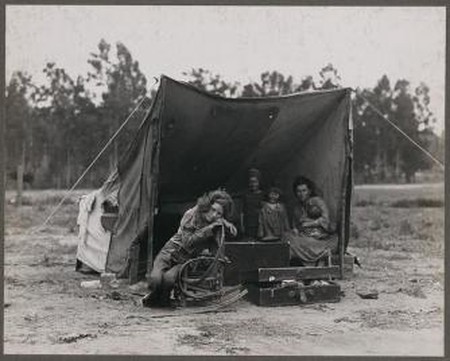 Lange’s career was launched by the country’s emotional response to Migrant Mother, and she continued to practise portrait photography linked to socio-political subjects. In 1941 she was awarded a Guggenheim Fellowship, which she declined after being offered a job with the War Relocation Authority (WRA). She photographed Japanese-American civilians during World War II, powerfully encapsulating the suffering underpinned with relatable humanity. Lange went onto work in the photography department at the California School of Fine Arts before co-founding Aperture magazine. The photographer passed away in 1965.

Dorothea Lange not only epitomises an entire era of American history, but a photographic discourse. She was a cultural commentator who used the camera to accurately record – but never interfere with – the political happenings of the time. Lange’s photographs remain iconic. 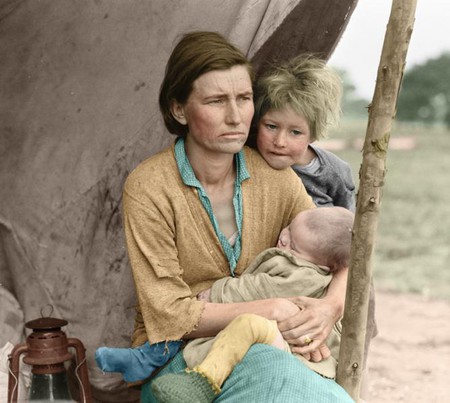 Dorothea Lange Color, a book by Neil Scott-Petrie, takes Lange’s stunning black-and-white photographs and reveals them in color. While it doesn’t attempt to improve Lange’s images, the album is all about showing her work in a different light, bringing the real events closer to the observer, giving a more realistic view of how things were during the migration to California 1935-1939.