Deborah A Miranda on Mixing Genres to Confront Cultural Trauma 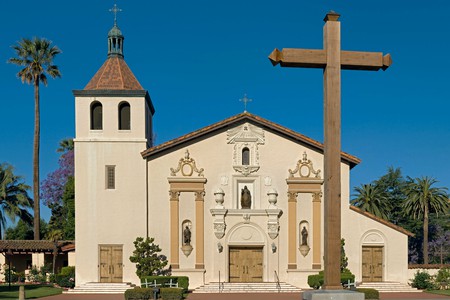 Deborah A Miranda is a queer Native American poet whose work interrogates the identity of California Indians.

Miranda is a descendant of what are known as “Mission Indians,” indigenous peoples of many Southern California tribes who were forcibly removed from their land into several Franciscan missions. These missions worked to strip people of their cultural identity. The long-lasting implications of these traumatic practices are part of the history Miranda explores in Bad Indians, her memoir about her family history and her own life. As a poet, Miranda approaches this mixed genre book through a number of lenses as she tries to make sense of her heritage. 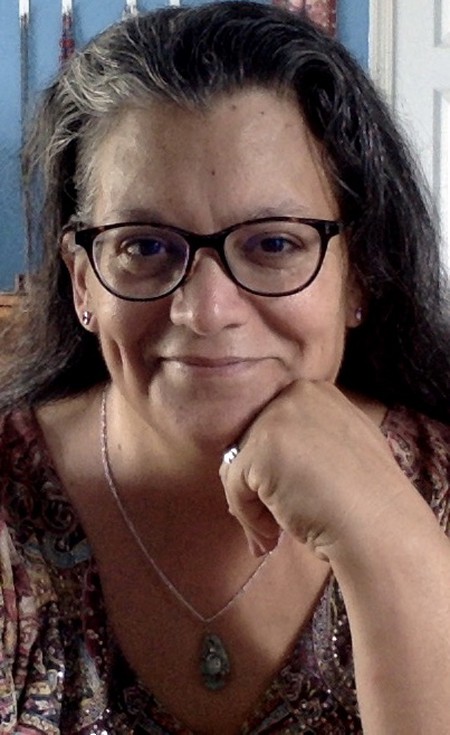 Culture Trip: How did you get started as a poet?

Deborah A Miranda: I am one of those people who was a huge reader as a child. As soon as I learned how to read, I just didn’t stop.

For me, language was a really important tool to express the things going on inside of me and inside of my family. As I got a little older, poetry took a more serious turn, just as a way to express a lot of the confusion that I had about the craziness and dysfunction in my family.

Writing was a way to say, “Here I am. This world is trying to erase me, but I’m not going to let it. I am going to keep writing myself back into this conversation.”

CT: What prompted you to write your memoir, Bad Indians?

DAM: When I first started, I didn’t think it would be a memoir at all. I started with the cassette tapes from my grandfather and thought, “I’m going to finish the job of transcribing these and maybe I will use them to create a kind of scholarly document about what it was like for California Indians born around 1902 like my grandfather – what it was like to be alive in the aftermath of this huge genocide.”

I was doing all the research, finding all these documents that held a tremendous amount of trauma and a tremendous amount of injustice. The way that I was responding to it was partly as a scholar but partly as a poet. Sometimes even language was not enough to be able to write about what I was discovering. So I would turn to drawing or taking apart a coloring book page or looking at newspapers and finding material. I kept thinking to myself, “This isn’t a cohesive thing, certainly not a piece of scholarly writing.”

About halfway through my first sabbatical, I put up all the things I had covered and written on this huge wall in the studio I was renting in Los Angeles. I looked at all of these different pieces and thought, “All these pieces go together; I am just going to go with it.” I faced a huge amount of material that had not actually been written about from an indigenous perspective.

CT: How did you approach the writing?

DAM: A lot of it was poetry, so that was not a surprise. But I was very surprised by the moving around from genre to genre that was happening. In my experience as a writer, I had either written poetry or written essays or written scholarships, but never all at once about the same subject. It was a little confusing.

I was doing things like creating the blood quantum charts that are the inside flaps of the book. Those were charts that had been sent to my mom from the BIA [Bureau of Indian Affairs] when she wrote to them when I was about 12 asking, “How can I help my daughter prepare for college and get some scholarships?” They sent her back these blank charts and said, “Fill these in.” And so I sat down with them and started coloring them in. That became my response to the controversy and the trauma that is blood quantums for Native identity.

CT: So much of that particular work is about confronting stereotypes. I am thinking of the ways that Tommy Pico’s Nature Poem is an entire deconstruction of the poem he had been trying to avoid writing. What is your approach?

I was pushing back against the romanticized Anglo idea of the mission, which is everywhere in California. If anyone outside of California knows about the California missions, that is the story they know. I did realize that there was a larger mainstream narrative that I was needing to correct and take to task from an indigenous Californian standpoint. I didn’t have a guide, which was also a good thing.

CT: You mention the difficulty in getting published. Have you noticed an uptick in Native writers getting mainstream attention?

DAM: I think that comes in waves. Everyone talks about how it started more recently with [Kiowa author] N. Scott Momaday, and again with [Spokane-Coeur d’Alene author] Sherman Alexie, and then again with this huge wave of Native women writers. I am not sure why that happens.

We are talking about a very mysterious publishing system that sometimes has no rationale. On the other hand, the rationale is always. “Let’s make money.”

Small presses are the ones that have always been there for Native writers. Heyday Books [which published Bad Indians] is a very small Californian regional press. It is pretty amazing how well this book has done for a tiny little press in Berkeley, California, but that tells me what I knew before I even started writing the book: that there was a huge hole in Native literature when it came to California Indian stories.

CT: You mentioned the current interest in Native women writers. You were recently featured in Natalie Diaz’s series of Native women poets. Was that gratifying?

DAM: That was just lovely. For one thing, it was not just Native women; it was queer Native women. I remember Chrystos [Menominee poet] said once that Native writing is pretty invisible and Native women’s writing is even more invisible. She said queer native writing is so far back in the closet that it is practically in someone else’s apartment. For Natalie, with her stature, to give us a place to present these poems in such a gorgeous way was a thrill. I’m really seeing an uptick in Native women’s writing being given some recognition, but also winning awards and being published by larger and larger publishers. That is just so satisfying.

CT: Do you have thoughts about the future of Native writing and your own work?

DAM: The state of the world and the state of North America is extremely vulnerable right now. It makes me think, what does my writing have to offer, if anything?

Standing Rock, the fight for clean water, the Water Is Life movement and the Water Protectors – I see a lot of Native literature moving in the direction. [Work] that is still really powerful and really crafted but is speaking more and more to, I don’t want to say ecological or environmental, but a more whole cultural movement toward respect and protection of things that we all need. Water, air, food, the sustenance that we receive from the planet is really in danger.

That isn’t to say that Native people aren’t still fighting the same horrible battles that we have always been fighting about simple day-to-day survival and the kinds of trauma that are inflicted on us. But I see more and more Native writers following this mode of, “Yes, but what is beyond me? What is beyond my own personal survival and my own healing? What do I have that can contribute to that healing?” 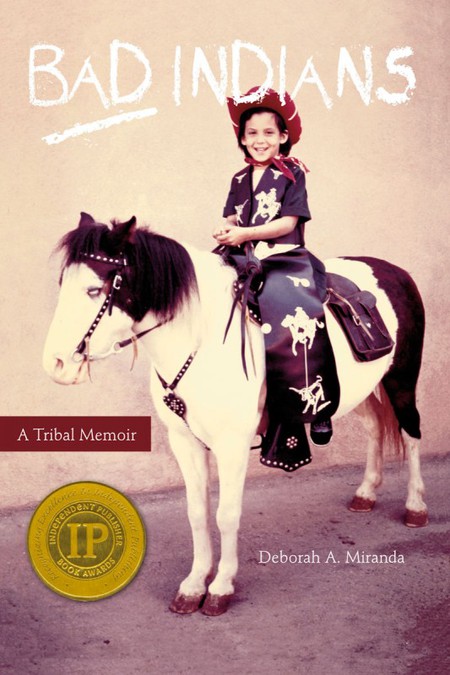 'Bad Indians: A Tribal Memoir' by Deborah A. Miranda | Courtesy of Heyday Books
Give us feedback