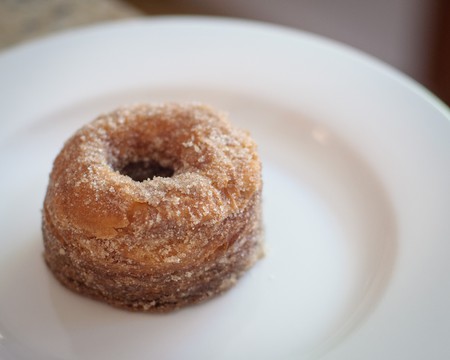 Cronuts took New York City and the rest of the world by storm back in May 2013. The culinary innovation inspired bakeries everywhere to create their own croissant/doughnut creations. Two years later the cronut frenzy may have dulled, but the craving for hybrid pastries has not. Many other dessert-fusion foods, like donnolis and wonuts, have emerged, but chounuts and cruffins proudly originated right here in San Francisco. 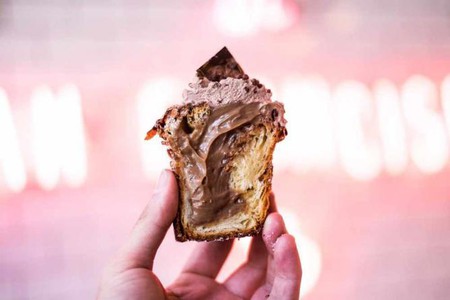 Dominique Ansel launched the Cronut on May 10, 2013, for Dominique Ansel Bakery in New York City, and people traveled from all over the world to line up and wait outside for hours to try this new croissant/doughnut hybrid. It quickly became the most virally talked-about pastry in history. Ansel’s cronut retails for $5 in the bakery and for around $40 from scalpers or online. Cronuts are also limited to two per person for in-store purchases. However, Ansel did release his recipe for Cronuts in October which requires three days, a whole lot of butter, and a hearty dose of patience. 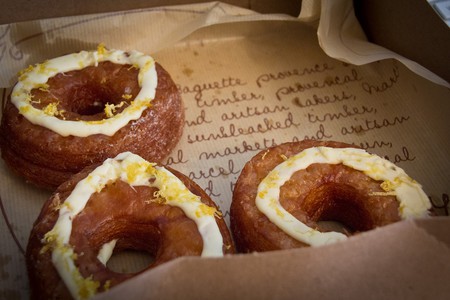 In need of a Cronut on the West Coast, many local bakeries created their own imitations along with clever names for them, as Ansel trademarked the Cronut for his bakery. Posh Bakery, a wholesale bakery based in Santa Clara, sells their copycat, the Cronot, at their fourteen Bay Area locations, as well as Lee’s Delis scattered all over San Francisco’s Financial District. San Francisco’s boutique bakery, the Fillmore Bakeshop, has created the best Cronut knockoff. The Fillmore Bakeshop debuted their version of the Cronut in August of 2013. Originally called the Kronut, they were forced to change the name as it was too similar to the Cronut. They then renamed them SFonuts, and finally landed on D’Nutz. They are offered throughout the week at 9 a.m. in classic Cinnamon Sugar with weekly featured flavors like Chocolate Caramel Pretzel Crunch and Cereal Milk Crunch on Saturdays from 9-10 a.m. and are limited to four per person.

On March 22 CHOUX Bakery unveiled the ‘Chounut,’ a creation that Laura Athuil, owner and Cream Puff Specialist at CHOUX Bakery, describes as ‘a melt in your mouth doughnut with a French twist — a delicate glazed choux bun that’s shaped like a doughnut filled with our delectable French custard.’ Unlike a Cronut, the chounut is made from pâte à choux, a light and delicate dough that puffs up perfectly in the oven. Inspired by the popularity of hybrid pastries, Athuil said that she brainstormed with her team to offer a unique creation at CHOUX Bakery. ‘Since our cream puffs are loved by our customers, we were inspired to combine our recipe into the form of a doughnut, another pastry so many love.’ Initially only offered on weekends, the chounut is now served daily with one flavor featured each week and a new flavor introduced every weekend. ‘In the past month, we’ve launched several flavors including the Berries & Cream chounut, filled with raspberry curd and vanilla custard, topped with sugar icing and dried strawberries, which recently made a comeback due to popular demand,’ Athuil said. Other flavors include Supernuts, Caramelia, and Choconutchounut. 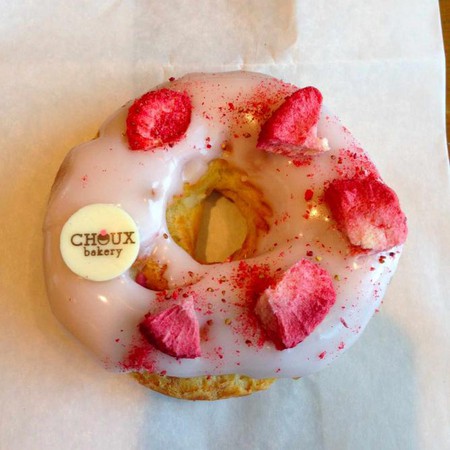 Another San Francisco bakery making the most of the hybrid pastry trend is the Instagram-worthy, Mr. Holmes Bakehouse. Pastry Chef Ry Stephen has been making news headlines with cruffins, a cross between a croissant and a muffin, ever since Mr. Holmes opened in November 2014. And six months later, people continue to line up outside for 90 minutes or more to try what is now being called ‘the unicorn of pastries.’ On weekends cruffins sell out shortly after they come out at 9 a.m.; they are slightly easier to get your hands on during the week. Flakey layers of laminated brioche dough, which provides the pull-apart texture of a croissant, are then baked in a muffin tin, rolled in sugar, and filled with pastry cream to create such flavors as S’mores, Strawberry Milkshake, Coffee Créme, and Salted Caramel. Two flavors are featured each day and change daily. Among the cruffins, croissants, tarts, and brioche doughnuts, another fusion delight can be found: the California Croissant. This signature pastry for the more adventurous foodies stuffs salmon, nori, ginger, and wasabi inside a croissant and is served with soy sauce. 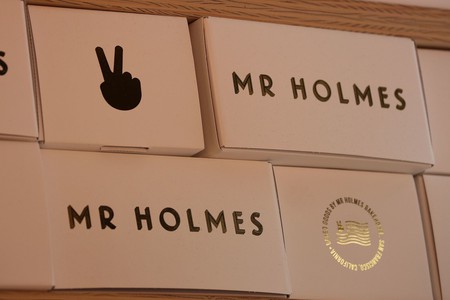 We will just have to indulge ourselves with with these tasty hybrid pastry creations until the donnoli and wonut find their way to SF.