Common California Stereotypes And How To Embrace Them

Although stereotyping can often lead to incorrect assumptions about who people really are, some stereotypes are so gosh darn accurate it hurts. Californians are constantly stereotyped and dodging questions like, ‘Do you live next to a celebrity?’ or ‘Do you know how to surf?’ While not every Californian is competing in the World Surf League alongside his best friends Kim and Kanye, some California stereotypes are entirely accurate. 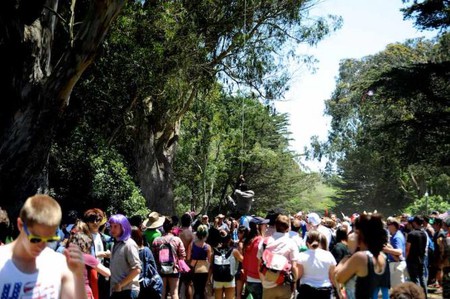 Surf culture is alive and well in San Francisco, especially in the Outer Sunset District. Although San Francisco competes with top international surf spots like Mavericks in Half Moon Bay and Pleasure Point in Santa Cruz, San Francisco’s Ocean Beach and Fort Point have some radical waves as well. But beginners be warned; both these spots are known for their difficult paddle-outs and rough waters. Less experienced surfers can take lessons from highly rated schools like Surf Camp Pacifica, University of Surfing, and Adventure Out. With summer tourists gone and great weather, early autumn might just be the best time of year to learn how to surf.

Since the San Francisco Bay Area is such a hub for water sports, ‘The Surfer’ stereotype can take a variety of forms. Other activities – like sea kayaking, windsurfing, and paddle boarding – are extremely accessible and allow to you see the Bay from a completely different perspective. 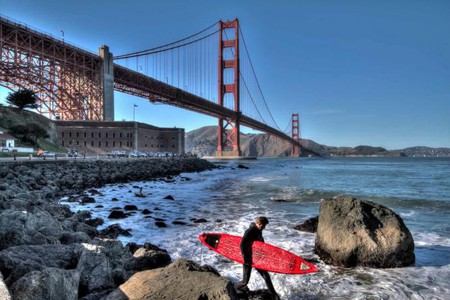 This particular stereotype involves those who are extremely concerned with their health and wellness. Vegans have often — but not always — taken at least a yoga class or two, due to yoga’s emphasis on control over the mind and body. Since San Francisco is packed with both yoga studios and vegan/vegetarian restaurants, this stereotype is an easy one to embrace.

The Loving Hut is a borderline fast-food vegan restaurant with locations opening up all over the world. With San Francisco stores in Chinatown/North Beach, Westfield Mall, and Sunset, it’s your go-to for delicious and inexpensive vegan food. Another great restaurant with an extensive vegan menu is Golden Era Vegan Restaurant. With entrées like Chinese sweet & sour and spicy Kung Pao, this restaurant ensures that you won’t be missing meat anytime soon.

Hundreds of yoga classes are available in nearly every neighborhood. Most yoga teachers advise their students to do yoga on an empty stomach, so be sure to get your vegan meal in well before heading to class. Tons of yoga studios make their home in the Financial District of the city; one of the top ones is Satori Yoga Studio. This location is ideal for those working in the many office buildings nearby, as Satori offers classes during the middle of the day — perfect for a relaxing lunch break. For those who wish to find ‘an oasis amongst the bustling city streets,’ The Pad Studios in Cow Hollow offers just that.

There are yoga and Pilates classes for kids and adults; The Pad has a little bit of something for everyone. Lastly, with its new second location on Ocean Ave. & Ashton Ave., Yoga Flow SF is the perfect place for an aspiring yogi who likes to surf every once and awhile. Aside from daily classes, Yoga Flow SF has lots of extra events, such as movie screenings, concerts, and advanced clinics. 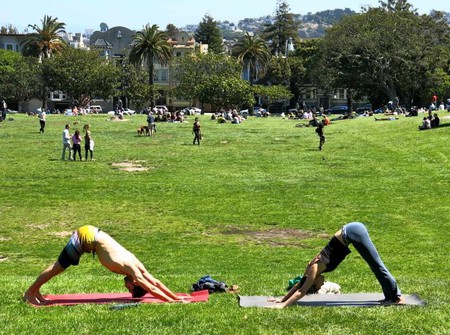 The Musical Hipster is most likely to be wearing black skinny jeans and be caught on Jimmy Kimmel’s Lie Witness News at Coachella. But in all seriousness, San Francisco has an amazing music scene for Musical Hipsters of all ages. The Bay Area has a longstanding musical history that both tourists and locals can still enjoy today.

In the ’60s and ’70s, San Francisco was home to musical greats like the Grateful Dead, Creedence Clearwater Revival, and Santana. Die-hard Grateful Dead fans, or ‘Deadheads,’ can still visit the band’s house — a historical landmark officially known as The Grateful Dead House — to worship on the steps of the Victorian Style home located at 710 Ashbury Street. Bay Area Hip-Hop, most active in the ’90s, was made famous by legendary artists like Mac Dre and Tupac Shakur.

Both artists were tragically killed at a young age, but their music and the important messages behind their lyrics are still celebrated today. Their legacy continues with artists like E-40, Keak da Sneak, and Luniz, who remain active in the music scene.

Recently, Indie Rock has taken over, and Bay Area bands like The Dodos, Sonny and the Sunsets, and Giraffage have gained large followings from San Francisco listeners. The Treasure Island Festival just closed this past weekend, but Musical Hipsters need not look far for great concerts. The Fillmore, a historical San Francisco music venue, opens its doors with a new musical act nearly every night. 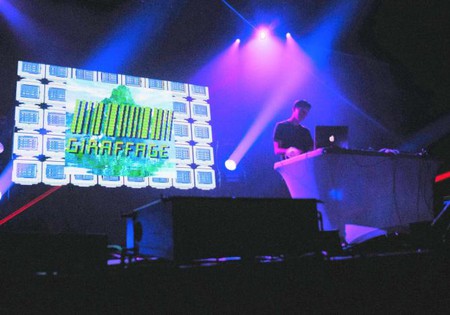