Choose Your Next Handbag Based on These Los Angeles Landmark Buildings 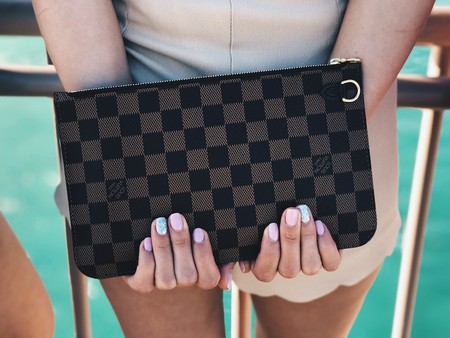 Why simply choose your handbag based on catwalk trends? | © Evelyn Semenyuk/Unsplash

These Los Angeles landmark buildings, known for their distinctive architectural styles, may inspire your next handbag, which you can shop below from Net-a-Porter.

From Spanish-Colonial Revival to Hollywood Regency, Los Angeles architecture boasts a variety of styles that serve as inspiration to the city’s inhabitants and admirers. When choosing your next handbag, why rely on the catwalk’s latest trends? Capture an Angeleno aesthetic, using these 10 landmark buildings to guide you.

Located on the historic Hollywood Walk of Fame, the TCL Chinese Theatre IMAX, AKA Grauman’s Chinese Theatre, is one of Hollywood’s pre-eminent locales for film premieres. If its lavish gilded interior speaks to your design aesthetic, you might like Marc Jacobs’s Sport metallic textured-leather belt bag. 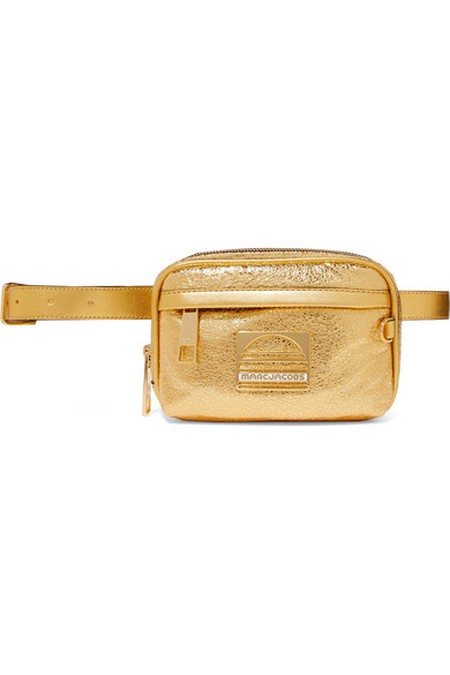 A totem of Los Angeles, featured in such films as Rebel Without a Cause and La La Land, the Griffith Observatory offers views of Griffith Park, the Hollywood sign, the Los Angeles Basin and the Pacific Ocean. If the celestially inspired Greek and Beaux-Arts influences of the Observatory speak to you, you might like the classic half-moon design of Marni’s Monile small leather shoulder bag. 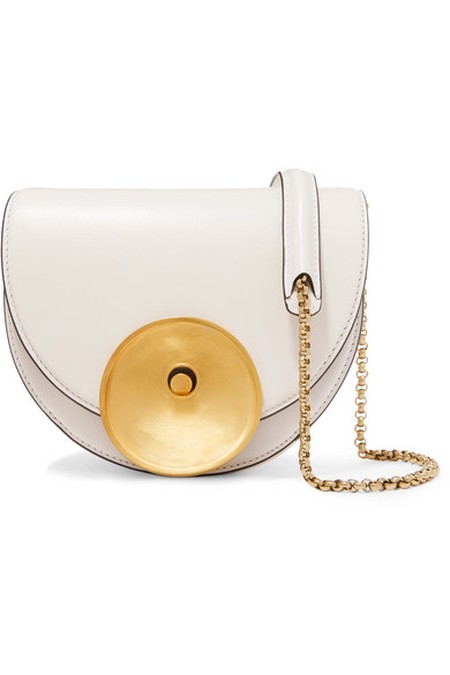 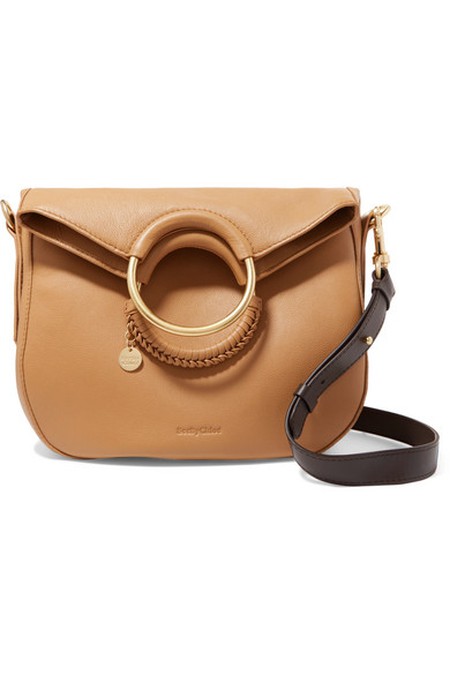 Overlooking the Malibu coastline in the posh Pacific Palisades neighborhood, the Getty Villa houses ancient Greek, Roman and Etruscan art and artifacts. If your taste veers towards the classically demure aesthetic of the Getty Villa, you might appreciate the braided jewelry-inspired hoops on the front flap of See By Chloé’s Monroe bag.

A concave amphitheater at the base of the Hollywood Hills, the Hollywood Bowl hosts hundreds of musical events each year and is the home of the Los Angeles Philharmonic. Frank Gehry and Frank Lloyd Wright both contributed design elements to the theater’s acoustic shells, making the Hollywood Bowl a landmark concert arena. If the open-air amphitheater suits your style aesthetic, you might appreciate the open top of Trademark’s Goodall leather bucket bag. 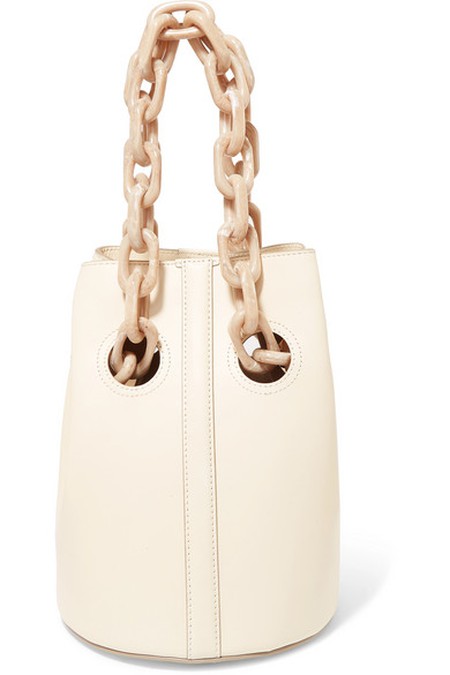 A National Historic Landmark, the Eames House, nestled in the lush woodlands of the Pacific Palisades neighborhood, remains a cultural mainstay of American modern architecture and is maintained by the Eames Foundation. If you fancy the raised steel-and-glass box facade of this modernist landmark, you might take a risk on Gucci’s Trapuntata metallic quilted leather shoulder bag. 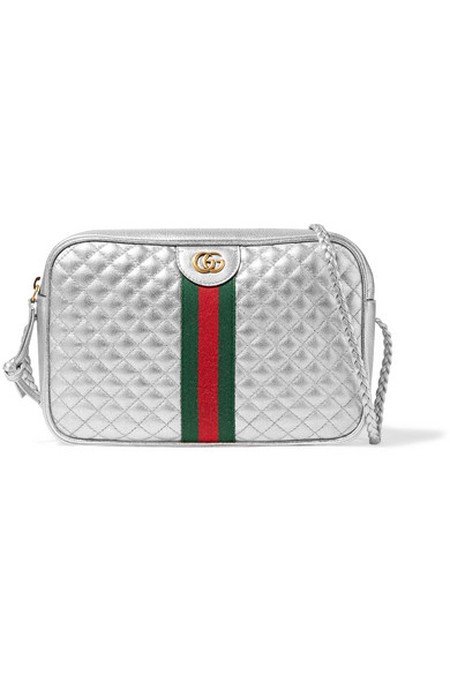 A California Historical Landmark, the Queen Anne Cottage at the Los Angeles County Arboretum and Botanic Garden is a quaint 19th-century treasure. The Queen Anne style of architecture distinguishes the cottage, which houses its own bell tower, while the gardens embody a Victorian landscape design. If you want to add a rural flair to your wardrobe, JW Anderson’s Bike lace-up, with its shearling front flap, might be your next bag. 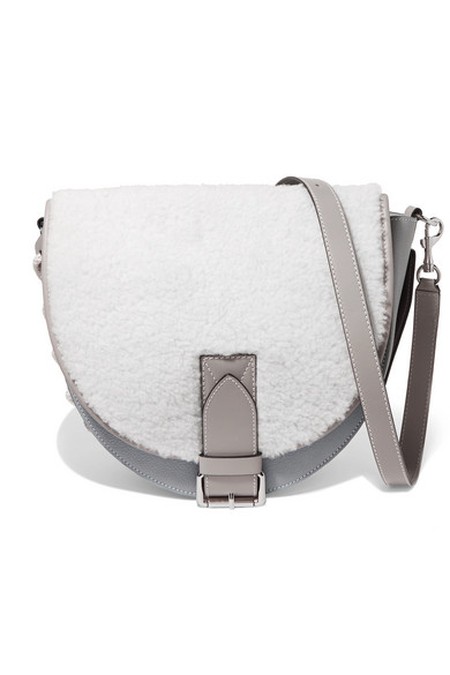 Old Hollywood glamour on the Sunset Strip is synonymous with the Chateau Marmont, where you can sip a cocktail and hobnob with the latest starlets. Modeled after Château d’Amboise in France’s Loire Valley, this Los Angeles Historic-Cultural Monument enforces a strict dress code. If the Chateau’s Francophile appeal captures your style aspirations, you might like the chic simplicity of Commes des Garçons’s embossed glossed-leather pouch. 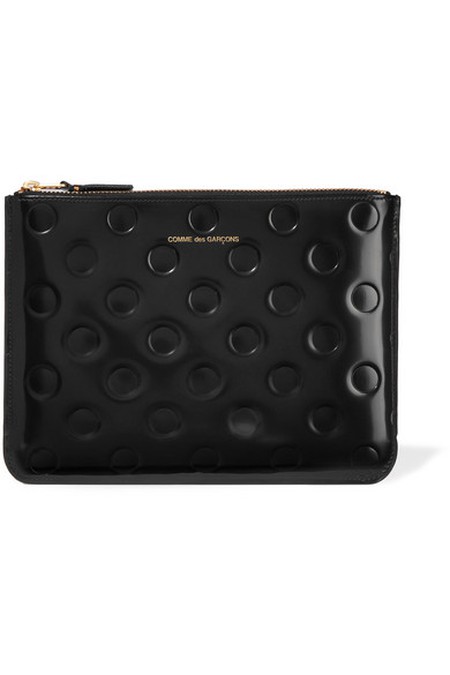 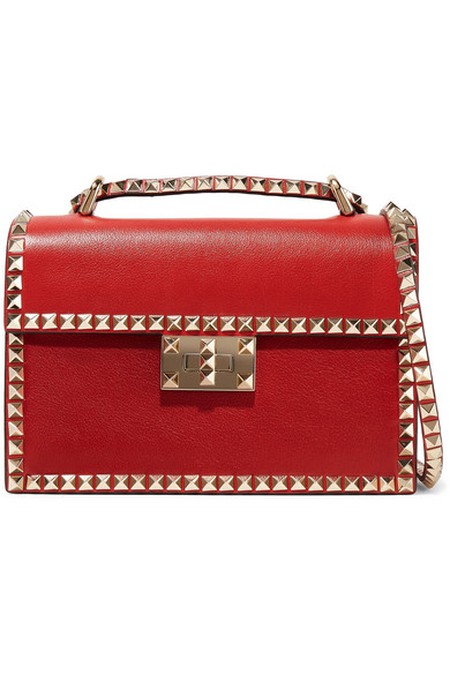 The Red Building is the latest addition to the Pacific Design Center on Melrose Place in West Hollywood, completing a 40-year architectural project by renowned designers Pelli Clarke Pelli Architects. If statement-making innovation shapes your style aesthetic, you might like the cherry leather version of Valentino’s The Rockstud No Limit textured-leather shoulder bag. 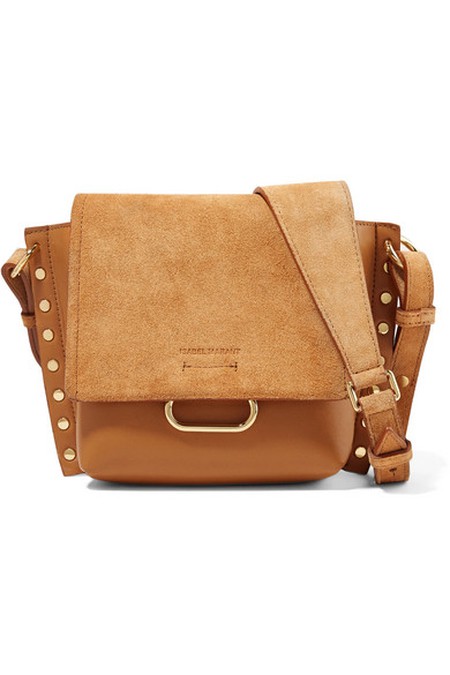 Frank Lloyd Wright designed the Hollyhock House as a private residence for an oil heiress in the early 20th century, though today it stands as the main attraction of Barnsdall Art Park in East Hollywood. If you favor Mayan Revival design elements, including leaded art-glass windows and a moat that surrounds the house, you might like the updated heritage style of Isabel Marant’s Kleny embellished leather and suede shoulder bag. 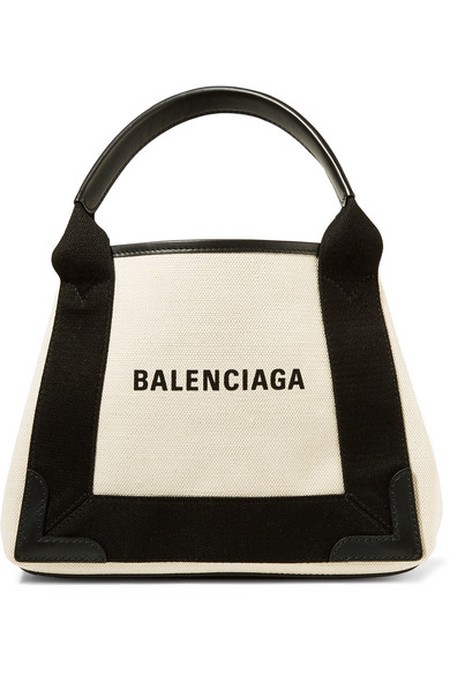 Adjacent to La Brea Tar Pits on Miracle Mile, the Los Angeles County Museum of Art is the largest art museum in the American West. An encompassing space that’s made up of several buildings, the museum is one of the city’s hottest attractions. If this museum’s organized chaos appeals to your aesthetic, you might like the highly structured, multi-compartment Balenciaga leather-trimmed logo-print canvas tote.

Read Next: Choose Your Fall Bag Based on These New York Landmarks