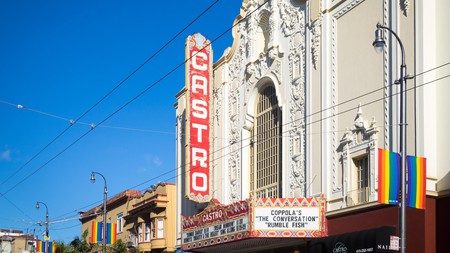 The Castro district in San Francisco has been a vital part of the city’s identity for decades. From Harvey Milk’s campaign for social change in the 1970s to today’s efforts to minimize the impact of gentrification on the community, the neighborhood is an integral part of the city’s magic.

Once owned by Mexican land barons, the rainbow-adorned Castro, which sits between Ashbury Heights and Mission, has transformed itself from a meeting spot for dairy farmers to what is now dubbed the gay capital of the USA. Throughout the 1960s and 1970s, Castro played an integral role in the LGBTQ-rights movement. Today, it commemorates a rich history of civil, social, and gender rights in San Francisco. 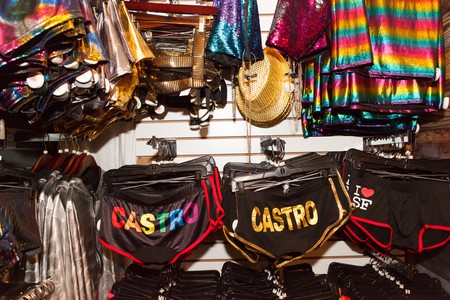 The history of the Castro community

The Castro was named after the 19th-century politician José Castro, who was once the commanding general of Alta California, the northern part of California. Situated in the Eureka Valley, it was a once sparsely populated valley surrounded by steep hills and home to Irish, German and Scandinavian immigrants in the late 19th century. Homesteaders, farmers and families lined the streets with Victorian-style homes, many of which remain today.

It saw rapid development after the construction of the Market Street rail line in 1887 that allowed passengers fast access to the downtown area of San Francisco.

In the 1930s, working-class families filtered through the Castro. But following World War II, the demographics started to shift and families moved from city to suburb. As the families moved out, dishonorably discharged servicemen moved in, most charged with sodomy or “homosexual acts”. By the 1970s, 40 years of activism and community growth led to wider acceptance and a neighborhood that acted as a safe haven for LGBTQ folk. 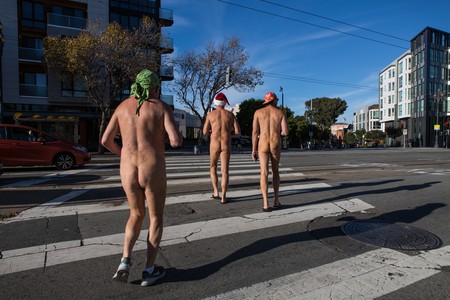 In 1977, the Castro finally earned its historical place in the civil fight for LGBTQ rights when prominent civil-rights activist Harvey Milk ran his fourth electoral campaign from his Castro camera store. It was the year he finally won, becoming the unofficial mayor of Castro Street.

Milk was the first openly gay elected official in California history, but he was assassinated a year later. Less than a decade later, the City of San Francisco officially named the Castro MUNI station part of Harvey Milk Plaza. Milk’s breakthrough as an LGBTQ icon paved the way for the Castro community we know today and he is remembered in the film Milk (2008). 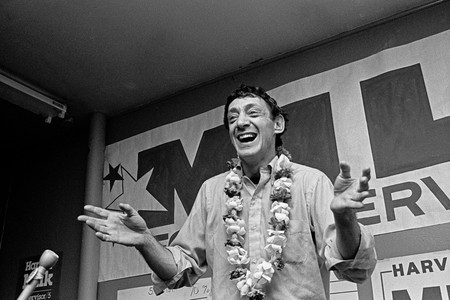 Harvey Milk, in his camera store in the Castro, celebrates his election as a San Francisco supervisor on election night, November 8, 1977 | © Robert Clay / Alamy Stock Photo

The Castro community faced a crisis as HIV/Aids began to take hold in 1981; in three years the number of Aids cases reported rose from a handful to more than 800. Rising numbers continued to appear among the gay communities, mostly in New York and San Francisco. A New York Times article published in 1987 outlined the devastation the Castro neighborhood faced at the height of the epidemic. Shops were closing, homes were put up for sale, and many residents were grappling with friends and loved ones being diagnosed with the deadly disease.

As a result, advocacy groups such as the San Francisco Aids Foundation began mobilization efforts. During the summer of 1983, the group worked to educate people during San Francisco’s Gay Pride parade by handing out condoms to the crowd. According to the Aids Foundation, this act “was among the first significant outreach efforts to change the course of the epidemic”. This spurred a momentum that would define the Castro for generations, as the San Francisco Aids Foundation – along with Strut, the Foundation’s health and wellness outpost in the Castro – continued giving out hundreds of thousands of condoms each year.

The people and places of today’s Castro

With numerous hangouts, clubs, bars and restaurants spread throughout the Castro, it has transformed itself into a modern-day safe haven. The Twin Peaks Tavern, at the intersection of Castro and Market streets, right across the road from the Harvey Milk Plaza, is a long-standing go-to bar for locals and visitors, is often referred to as “the gateway to the Castro”. Often described as the first gay bar in the city to put its activities on clear public view, the Twin Peaks was purchased in 1972 by gay couple Mary Ellen Cunha and Peggy Forster; they installed plate-glass windows in a symbolic act intended to enlighten passers-by. By 2013, the tavern was awarded historic status in the city of San Francisco. 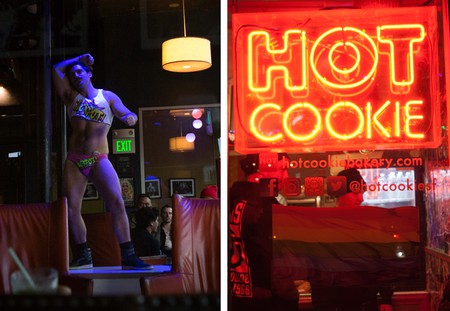 “The Castro offers a safe place for us LGBTQIA folks,” says Kenny Lim, a credit specialist who has been frequenting the Castro since he was a teenager. In his eyes, recent years have brought improvements to the neighborhood. “We now have plaques on the sidewalk honoring queer folks who came before us. We also have rainbow crossroads. It took a while for us to get this.” 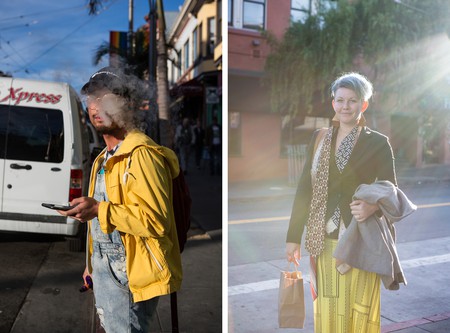 Among the monumental and historical Spanish colonial and baroque buildings is a new wave of sexual expression. “Cheeky sex-toy shops”, as Mariano puts it, are perhaps the pinnacle of this movement, with locations such as Does Your Mother Know and Good Vibrations lining the Castro streets.

Pride in the neighborhood extends to the Castro’s artistic residents and the decor on the streets. In 2014, the city collaborated with private entities to create rainbow-painted crosswalks as a tribute to the city’s LGBTQ history. The rest of the neighborhood is just as colorful, with rainbow flags flying from businesses and bars. 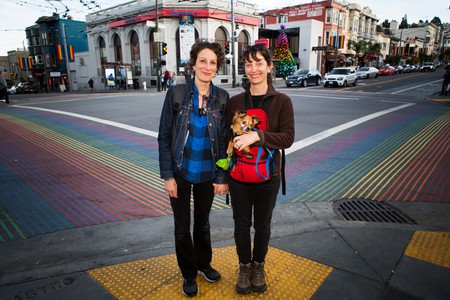 “My favorite thing about it is how people dress,” says Ashira Elspeth, a former San Franciscan who frequently visits the city. “It’s inspiring to see so many unique looks and outfits.”

But the artists who brought their energy to the neighborhood are not as common as they once were. San Francisco is the most expensive city in America to live in, and local businesses struggle to stay afloat in the Golden Gate City. Angela Newsham, a performance artist who lives with her wife in a brightly painted Victorian home in the Castro, witnesses the changes every day.

“I woke up this morning and asked my wife if she would join me for coffee at a place on Market and Castro. We arrived and were shocked to see it was completely gone. We ended up going to a place across the street, to another café we loved, but that had shut down as well.”

Even Harvey Milk’s old store, which was turned into the non-profit Human Rights Campaign Action Center and Store, is described as “permanently closed”. Still, Newsham believes there’s inspiration and love to be found in the neighborhood. “I have had many conversations with people in the Castro that have inspired my art,” she says. 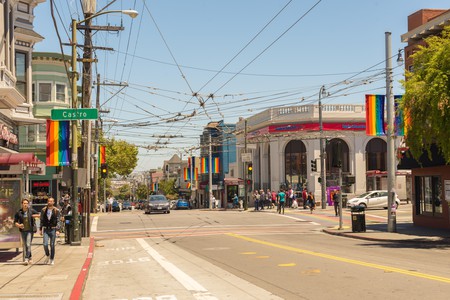 Despite past and present challenges, the Castro is still thriving. Rainbow banners line the streets and dance music can be heard from the sidewalks. Advocacy remains a large part of the culture. Groups such as Let’s Kick Ass – Aids Survivor Syndrome and And Castro for All work towards helping those in the LGBTQ community. The pride of San Francisco can truly be found in the people and places of the Castro.