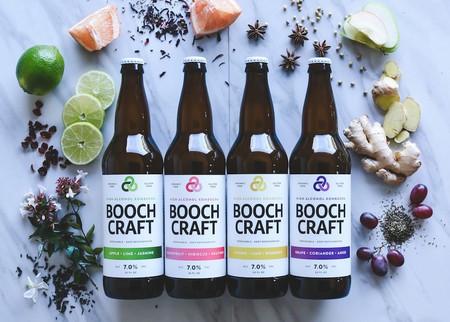 Boochcraft—a higher-alcohol kombucha—is quickly becoming a Southern California favorite. With plans in motion to expand to other states, the boozy tea looks poised to become a nationwide trend.

A hub for both craft breweries and healthy living, San Diego is unsurprisingly at the forefront of the kombucha craze. An increasing number of brewers are specializing in making the fermented tea, and kombucha is now offered on tap in bars and restaurants throughout the city. One local company, Boochcraft, is appealing to both the health and happy hour crowd with its flavored, alcoholic kombucha. 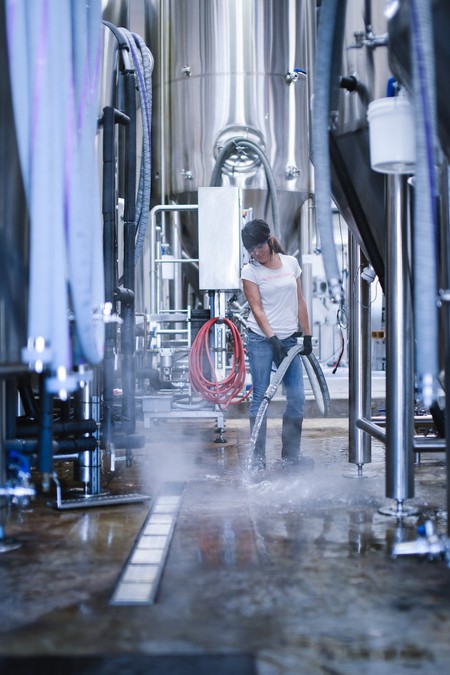 “A big part of our incubation was being able to do it in a town that was such a big craft beer town,” says co-founder Adam Hiner. “The consumers here are very excited to try new things.”

Regular kombucha naturally has trace amounts of alcohol, but with an ABV of 7 percent, Boochcraft is as alcoholic as a typical IPA, San Diego’s classic craft beer. “Seven percent is a number that I think people are pretty accustomed to when they’re drinking craft beer,” says Hiner.

The carbonated beverage is naturally sweetened with cold-pressed juices and herbs, coming in unique flavors like “grapefruit-hibiscus-heather,” and “apple-lime-jasmine.”

Like regular kombucha, Boochcraft is also gluten free and contains probiotics. “All the same health benefits that you would find in regular kombucha are also present in our product,” says Hiner. But he is quick to warn against over-indulging: “Of course, drinking [excessive] amounts of alcohol is never good for you.” 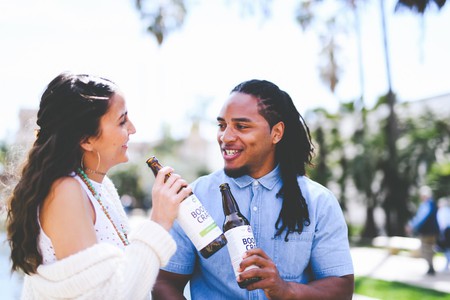 Hiner first had the idea for a kombucha brewery while running his restaurant Local Habitat. He started making regular kombucha in small batches and serving it on tap. “I saw the demand for it,” he says. “I realized it would be potentially a good business idea to have a brewery, but didn’t have the resources at the time.”

Several years later, Hiner had sold the restaurant and mentioned the idea of a kombucha brewery to his friend, Todd Kent, while they were bouncing around business ideas. “He really loved the idea, and we got my brother-in-law [Andrew Clark] involved pretty much immediately.”

While kombucha sold in grocery stores is typically non-alcoholic with an ABV of less than 0.5 percent, Clark, who has a home-brewing background, suggested they make their kombucha stand out by producing a high-alcohol content version. “We were pretty early on in the idea process and we just ran with it,” says Hiner.

Since its launch in 2016, Boochcraft has grown exponentially in popularity, partnering with Stone Brewing Co. for distribution in Southern California and Maui. The beverage is currently sold in 22-ounce bottles at grocery stores in California and Hawaii, and can also be found on tap at restaurants and bars.

Soon though, Boochcraft will grow its reach even further. They are currently in the midst of a 10-fold expansion of their facilities, which will allow them to brew 40,000 barrels a year. With the increased production, they plan to expand to additional states, launch new flavors and release a 12-ounce can version.

But Boochcraft isn’t completely alone in its niche. There are a few other alcoholic kombucha brewers on the market, including Wild Tonic in Arizona, Unity Vibration in Michigan and Kombrewcha in New York.

“We feel like there’s probably plenty of room for a little bit of competition considering that the craft brew world has 100 breweries just in San Diego alone, and 1,000 different brands on the shelf,” says Hiner.

With sales of kombucha and other fermented beverages growing 37 percent in the U.S. in 2017, interest in the fermented tea is unlikely to fade anytime soon.