One of Northern California’s best kept secrets would be Bodega Bay. This little beach town is located right on the bay’s coast in Sonoma County. Not only is the beauty that Bodega Bay possesses absolutely breathtaking, it’s an amazing destination for outdoor fun, shopping, history, and dining.

Taking the gorgeous California State Route 1 North will take you right through Bodega Bay. The town itself is small, barely 13 square-miles, but there’s plenty to do and discover. It perfectly wraps around the bay, making it a wonderful destination for enjoying the great outdoors.

Some of the most popular things to do are fishing and boating. Charter boats sit and wait at the docks at the bay to take tourists and locals out. Many charter boats offer whale watching tours too, as Bodega Bay is a wonderful whale hotspot throughout the year. Piers jut into the water from all over the town, which are also perfect for sending a line out for fishing or crabbing, which Bodega is most famous for. For those feeling a little more adventurous, surfing is pretty superb in the bay, and lots of shops in town offer lessons. 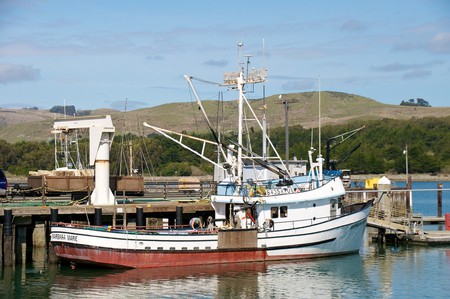 As an ocean town, Bodega Bay has some of the freshest seafood around. Sitting down to a fine dinner of the tastiest fish, shellfish, and crustaceans is a way of life in Bodega Bay. Beyond the fine dining, there are many delis and relaxed eateries all over the town, for those looking for a more casual dining experience, such as picnicking on the beach.

The drinking scene is also great. Bodega Bay is in Sonoma County, where some of the best wine in the world is produced. Indulging in the town’s wine, beer, and cocktail culture at the plentiful restaurants and wineries is an unforgettable experience. One of the most underrated factors of Bodega’s wining and dining scene is that wherever you sit down to enjoy your meal or drink, this beach town almost always guarantees a view!

You can buy all kinds of things in town, with countless clothing shops, Bodega souvenirs, art galleries and more. Tapping into Bodega Bay’s art culture is a must while visiting. It’s a great way to spend a foggy afternoon in town (which happens notoriously often!) There’s even a shop that has the greatest selection of kites in all of Northern California. That Bodega Bay ocean wind makes it a perfect kite flying hub.

For all those film buffs out there, Alfred Hitchcock’s infamous The Birds was set and filmed in Bodega Bay. The 1963 film classic, where birds suddenly turn murderous and attack the townspeople of Bodega Bay, was shot almost exclusively in the town. Some of the most notorious sights of the film, such as the schoolhouse and church, can still be visited. It’s wonderfully satisfying to watch the film before visiting Bodega Bay and then go exploring all the sights you can. But don’t worry, Bodega’s actual birds aren’t anything like the ones Hitchcock created! 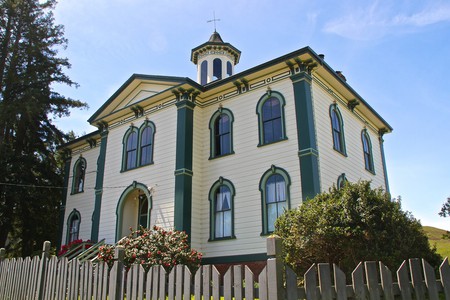 These are just a few things about Bodega Bay that make it a wonderful place to travel to and discover. It’s a Northern California gem that ought to be shared with the world. The culture here spins together the beauty and quiet of the coast with the excitement of the bay and town.