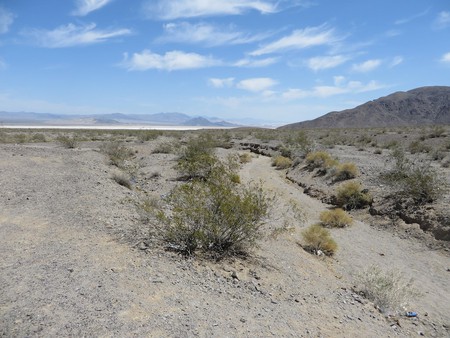 Off Interstate 15 between Los Angeles and Las Vegas is an exit ramp for Zzyzx Road. Those who venture down this path will find themselves at the former site of Zzyzx Mineral Springs and Health Spa.

Zzyzx (pronounced like “zie-zix”) is an unincorporated community located in San Bernardino County. It’s not too far from the town of Baker, where travelers who are trekking between Vegas and L.A. often stop off for gasoline and sundries.

Zzyzx gets its name from Curtis Howe Springer, who fancied himself a minister and a doctor, referring to himself as “the last of the old-time medicine men.” In reality, while Springer did espouse his religious views via radio evangelism, he was neither an ordained minister nor a doctor. Zzyzx would become his own desert oasis, not to mention a business where he could hawk both his Christian views and dubious miracle cures.

In 1944, Springer filed for mining claims on over 12,000 acres of desert land. It’d been abandoned since 1916, though served as an Army outpost, a traveler’s way station, and a train station in the past. Though the area had previously been known as Soda Springs, Springer chose Zzyzx so that he could have the “last word,” alphabetically speaking. He also thought it “sounded like sleep,” according to Condé Nast Traveler, which isn’t a bad quality for a rejuvenating retreat. 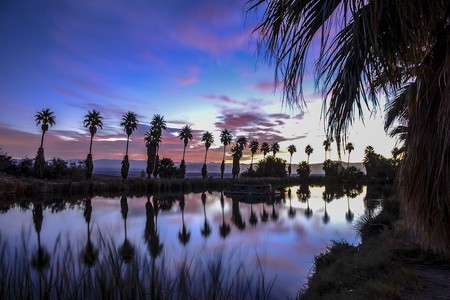 Springer, however, did very little mining. Instead, he opened Zzyzx Mineral Springs and Health Spa. According to KCET, Springer recruited the homeless of Los Angeles’ Skid Row and, in exchange for money and room and board, put them to work. They constructed several structures, including a church, a library, and an underground habitat for rabbits. Springer also built a road to connect his desert retreat to the freeway, and a man-made lake called Lake Tuendae. (The lake is now home to Mohave tui chub, an endangered species of fish.) Springer promoted the spa via signage, newspaper ads, and his radio show.

According to a New York Times article published in 1970, Zzyzx was able to host 140 guests at a time, who could relax in mineral springs and mud baths while absorbing Springer’s holy sermons. He made health tonics and served meals consisting of fresh produce and rabbit. One woman told the paper she enjoyed coming to the spa because “there’s no drinking or carousing.”

Zzyzx’s halcyon days would come to an end in 1974 when the government declared Springer a squatter. Springer did not own the land upon which he’d built his retreat, and he was clearly doing something other than mining. Springer was evicted and later accused of making false medical claims. The American Medical Association even called him “the King of Quacks.” According to the Los Angeles Times, Springer spent 49 days in jail and then retired to Vegas where he died in 1986. He was 90 years old. 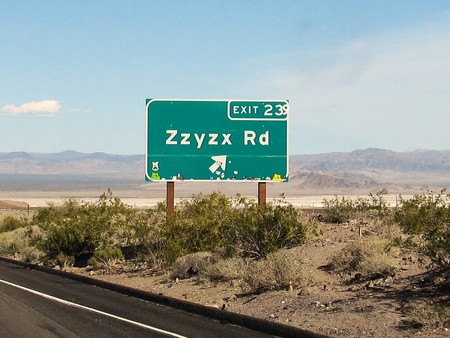 In 1976, the Bureau of Land Management made an agreement with California State University, who now uses the property as a field station, known as the Desert Studies Center, for research and instruction purposes. In 1994, Zzyzx became part of the Mojave National Preserve, and the National Park Service has continued the agreement with CSU.

Tourists can take a drive down Zzyzx Road, which is just over four miles (6.9 kilometers) long. Those who wish to check out the area further are free to do so on foot during the day, after parking in the National Park Service parking area.