Beach Blanket Babylon is more of an experience rather than something simply for viewing pleasure. That’s not to say that the visuals aren’t anything short of spectacles themselves. Without giving too much away, the show is a fast-paced adventure with more musical numbers than you can count, dancing poodles and spot-on impressions from Michele Bachmann to Tina Turner to Louis XIV. 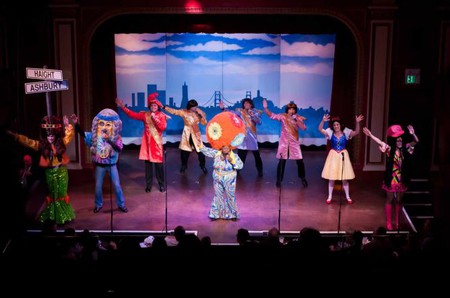 The show opens with Snow White on a quest to find love in San Francisco. As I was swept away on what eventually became a whirlwind journey around the world in search of Prince Charming, what transpired was more than a steady stream of witty political banter and clever puns and rather an ode to San Francisco, a celebration of creativity and freedom of expression and a reminder to always follow your heart.

Beach Blanket Babylon started in 1974, making it the world’s longest-running musical revue to this day. When Steve Silver initially enlisted his friends to sing on a street corner and then in a back room of the Savoy Tivoli restaurant in North Beach, his goal was for everyone to have a good time. Since then, what had started as a 45-minute compilation has grown to a part of San Francisco. It is wrong to assume, though, that this makes the show a tourist attraction. While many people come from around the world to include Beach Blanket Babylon into their SF itinerary, 75 percent of credit cards are local and many are there to repeat the experience, since no two nights with Beach Blanket Babylon are the same, partly because of how quickly the content changes. Producer Jo Schuman Silver takes inspiration from current events and the show changes as quickly as the world does, but the audience determines what stays. 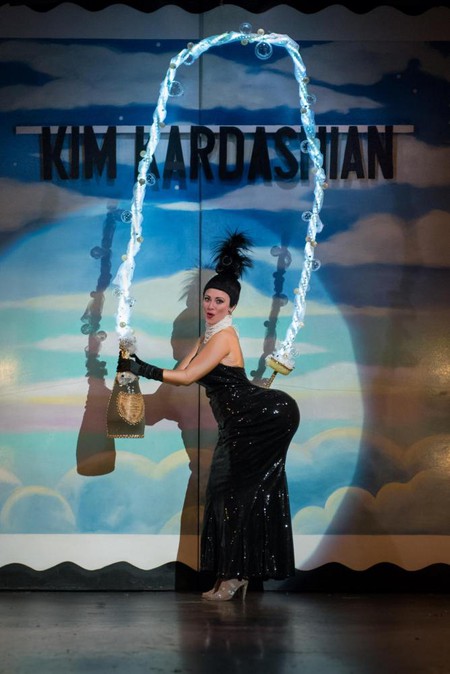 In many ways, how the show is produced has many parallels with the city from which the show originated. Much like the city, Beach Blanket Babylon is a place where you can feel safe to try anything mixed with with a feeling of needing to keep up. And the show itself is a way for others to feel like they can keep up. Given the international audience and wide age range, one might wonder if some of the content gets lost amongst different groups in the audience. But the pervasiveness of news today has made the world much smaller. As Jo Schuman Silver put it, ‘There are no older people or younger people. There are just people. Nobody wants to be left out. Everybody wants to know what’s going on.’ The amazing power of FOMO (Fear Of Missing Out) allows the show to appeal to every age and every nationality.

The real princess of the show is Renee Lubin, which is surprising since, 29 years ago, when Lubin first waited in a long line to audition for a ‘Diana Ross’ or an ‘Aretha Franklin’ role, she did not get hired. It was three years later when Lubin was asked to participate in a ‘private’ audition that she first saw the show: ‘It was the oddest thing. It was the funniest thing I ever saw, but at the end, I thought to myself…well, that was weird. But I left in a kind of euphoria.’ And so began Renee’s journey with Beach Blanket Babylon, a journey that was more about following her passion than it was about what’s practical.

Lubin majored in environmental biology before performing for Beach Blanket Babylon: ‘[My parents] wanted something that would best support me. The arts were kind of frivolous. But my heart said something different. I was good at science but it wasn’t my passion. My passion has always been music. My mother was a singer that was never realized and sometimes that passion hits you so hard you can’t do what other people want you to do. When I had the opportunity to do it I decided to act upon it.’ Following her heart eventually led her to find her own prince, whom she never expected she would find sitting in the audience of Beach Blanket Babylon, and at a time when Lubin was preparing to leave the show for a life in Europe. 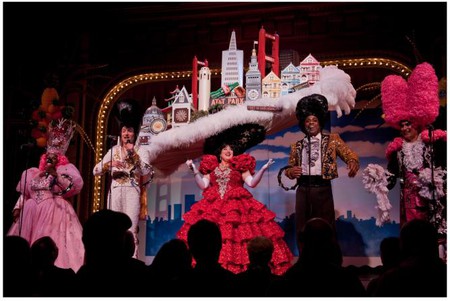 Much of what Lubin says about the show rings true for life in general: ‘It’s always going to be weird. What’s exciting about it is that we’re always evolving.’ This so aptly captures the spirit of the show, the city of San Francisco and the people that embrace it. And while the landscape of the city may be changing rapidly, Beach Blanket Babylon is a reminder and a memento of what San Francisco really is in all of its wonder, absurdity and magical qualities.