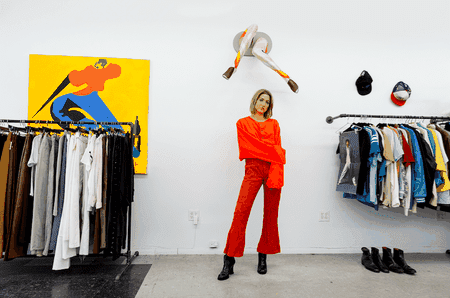 Thrifting is not only an ethical antidote to the harsh realities of fast fashion—it’s a way to reclaim political ideologies of bygone eras that feel just as relevant today. Los Angeles-based MacKenzie Crawford of Babes on Legs, a vintage emporium that specializes in clothing and accessories from the 1960s, is doing just that.

In Los Angeles, vintage shopping itself is an act of love and dedication. The city proper, which sprawls 44 miles, is so spread out that hopping from one vintage destination to another is not an easy task. Treasure hunting requires a map, as you move from one neighborhood to the next. Curated vintage items designated by decade can be found at specialty shops like Babes on Legs, located in the up-and-coming Virgil Village, or well-known stores like Wasteland and Decades (both on Melrose). Swap meets, open-aired flea markets that capitalize on southern California’s mild weather, distinguish the vintage shopping experience in Los Angeles from that in other cosmopolitan American cities. 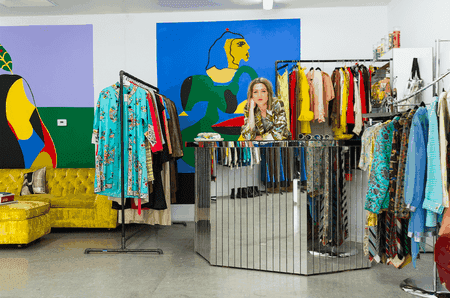 “L.A. fleas are exciting because there is so much to see and [there is] really something for everyone,” says Crawford, who adds that all the major designers can be found searching the flea markets at the Rose Bowl or Fairfax High for inspiration for their next collections.

“Sometimes the energy while working them can get tense because we are all out there hustling for a living,” she says. “I once had someone offer me $10 for a jacket I put a lot of effort into [restoring] that I thought I had fairly priced.” 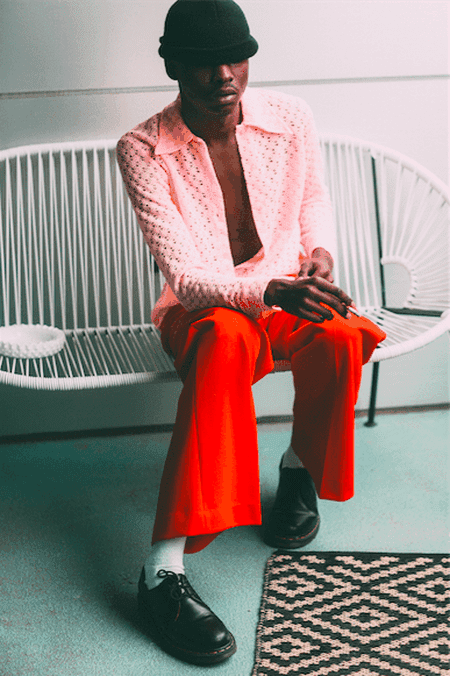 As Crawford points out, vintage shopping isn’t necessarily a way to save buck. Many shoppers are attracted to vintage because this style of dressing lives at the intersection of history and fashion. 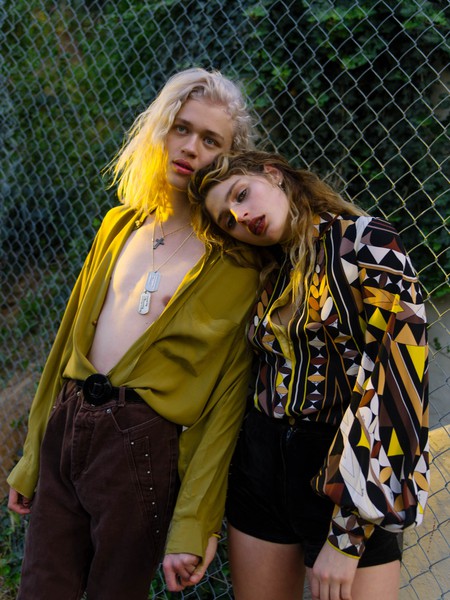 Crawford, who grew up in the ‘90s, enjoys curating vintage fashion “because it is very telling of the political climate and social happenings of the time.” This message couldn’t be more salient, as the Trump era has ushered in a new wave of political rebellion expressed through clothing. From Krista Suh and Jayna Zweiman’s pink crocheted “pussy hat,” which became the symbol of the 2017 Women’s March, to Hollywood actresses wearing all black at the 2018 Golden Globes as part of the #TimesUp movement, Americans are using clothing as a statement against misogyny. 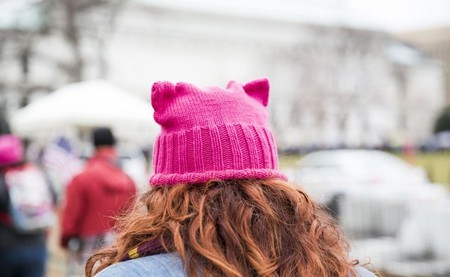 Babes on Legs exemplifies this trend. “The name emerged from the term ‘sex on legs,’ which was a term my Swedish friends were using for a weekend at a music festival. It was used like a compliment as in ‘you look hot’ or ‘you look like sex on legs,’” Crawford says. “For months, I couldn’t get it out of my mind. When I started my brand, I didn’t want to go for something basic like two trendy words slapped together with an ‘&’ between them so I toyed with a bunch of plays on words. ‘Sex on Legs’ would probably have been too inappropriate, so I went with Babes.” 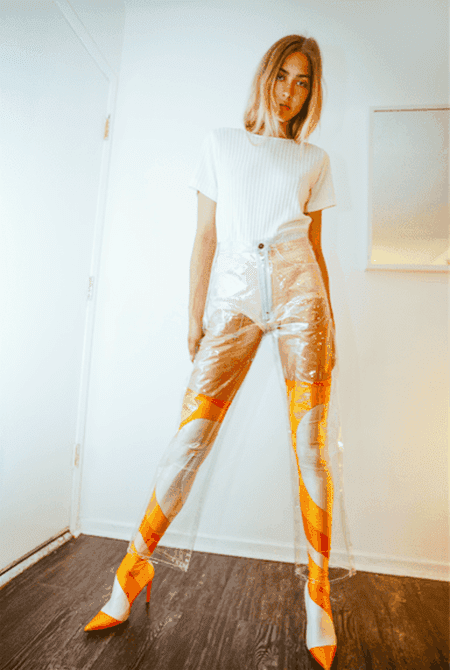 Not only does Crawford weaponize language by turning a term like “babe” on its head and injecting it with female agency, she’s doing so in an accessible, and playful way—which is exactly what appeals to the modern dresser. 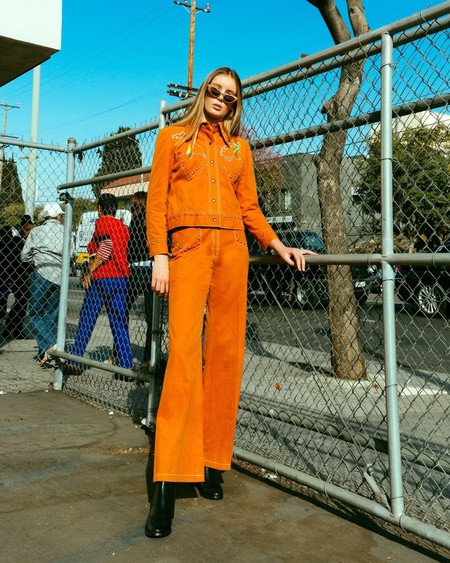 As Crawford suggests, what you wear isn’t just about the clothes on your back, but the socio-political lifestyles your sartorial choices support. The merging of fashion and politics in the American landscape is not new. It can be traced as far back as the 18th century, from the hunting shirts that outfitted the Continental Army in the 1770s to the love beads worn by hippies in the 20th century.

The Continental Army’s hunting shirt, made of unbleached linen, was practical and cheap to manufacture. In stark contrast to the red coats worn by the British army, it was unassuming, in step with the guerrilla tactics that helped win the War of Independence. Respectively, love beads donned by hippies in the 1970s were more than just necklaces. Worn by both sexes, they symbolized anti-establishment thinking, like a disavowal of gender stereotypes and anti-war sentiments.

Beyond the semiotics of fashion, what people choose to put on their skin is an intimate act. Within the American context, private experience and its relationship to public policy has underscored dissident voices. As the 1960s slogan popularized by feminist trailblazer Betty Friedan goes, “the personal is political.” 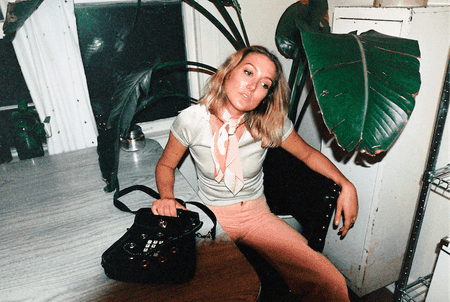 ’70s Dallas telephone purse, an early “portable phone” that plugs in to the wall to make calls. | © Nicole Feest/Babes on Legs

By the ’60s, says Crawford, “women no longer wanted to only wear trends that showed off an hourglass shape, so they started wearing suits like the men. They were using the way they dressed as a form of personal and political expression more so than in previous decades.” 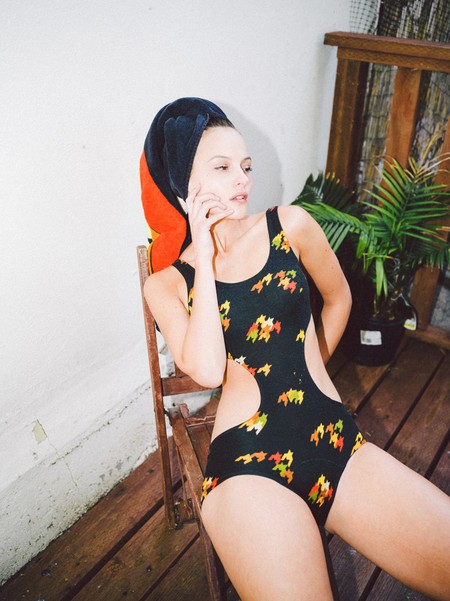 Fashion cycles involve not only a resurfacing of trends, but a nostalgic nod towards ideas and values that have shaped eras within America’s cities. According to Crawford, the style of vintage dressing in Los Angeles is “anything goes. New Yorkers tend to stick to the all-black uniform and expensive vintage. In general, vintage fashion is much more expensive [in New York]. Whereas here in LA, the flea markets, swap meets and garage sales are constant.”

What you choose to put on your skin is indeed a powerful declaration of your identity. Of the Babes on Legs collection, Crawford says, “I hope it inspires women and men to do whatever they want in their day-to-day lives.”