Another Flying Car Takes to the Skies in California 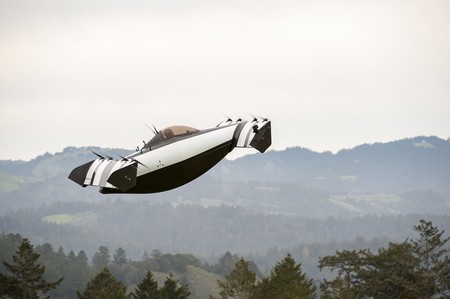 The BlackFly vehicle in action | © OPENER

The technology industry just isn’t letting go of the flying cars dream. A California-based company funded by Google co-founder Larry Page has unveiled a flying car that can be driven without a pilot’s licence.

The BlackFly can reach speeds of up to 62 mph and can travel up to 25 miles (40 kilometers). OPENER, the company behind the car, has said eventually the vehicle will cost the same as a typical sports utility vehicle, but will initially be more expensive.

“We will offer competitive pricing in an endeavor to democratize three-dimensional personal transportation. Safety has been our primary driving goal in the development of this new technology. OPENER will be introducing this innovation in a controlled and responsible manner,” CEO Marcus Leng says. “Even though not required by FAA regulations, BlackFly operators will be required to successfully complete the FAA Private Pilot written examination and also complete company-mandated vehicle familiarization and operator training.”

BlackFly, which can also be operated autonomously, has been tested in Canada, where authorities permitted its use.

OPENER has been in stealth mode, working on the car for the past nine years. The end result, an entirely emission-free vehicle, has eight propulsion systems spread across its two wings, meaning it can fly securely even with multiple failures. The vehicle made more than 1,400 flights and covered more than 12,000 miles before being presented to the public.

Page is also the man behind Kitty Hawk, another start-up trying to build a flying car. The Kitty Hawk offering is perhaps better described as a large drone capable of transporting humans, but is still very similar to OPENER’s invention.

Other companies, including Uber, have expressed a desire to build a flying car. Uber’s flying taxi plans include an electric vehicle capable of carrying four passengers and a pilot.

“I just saw the future. Watching BlackFly take flight just blew me away. I’ve never seen anything like it,” says Darren Pleasance from the EAA board of directors. “The magnitude of innovation that OPENER has been driving in electric motors, aerodynamics, and VTOL operations is stunning and inspiring. OPENER has made a huge step forward in bringing the Jetsons’ world to life.”