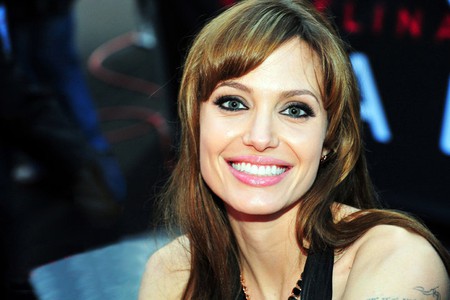 Angelina Jolie became part of the Hollywood elite the moment she entered this world. Her parents are actors Jon Voight and Marcheline Betrand; and her godmother is Jacqueline Bisset, her godfather Maximilian Schell. Surrounded by such talent, Angelina Jolie Voight, born June 4, 1975 in the City of Angels, was destined to become a Los Angeles icon.

It didn’t take long for Hollywood to discover Jolie’s talent. She made her acting debut at the age of seven in Lookin’ to Get Out, where she had a brief appearance as the daughter of Jon Voight’s character. This was the first, but not the last time she would share the screen with her father.

The duo also appeared in Lara Croft: Tomb Raider, where Jon Voight again played the father of Jolie’s character. Tomb Raider, which came out in 2001, was crucial to Jolie’s career, making her an international superstar at the age of 26.

Although she’s occasionally worked with her father, their relationship is strained. Following Voight’s affair, her parents broke up when Jolie was one year old. She grew up with her mother, with whom she was very close until Bertrand’s death in 2007. Although her father lived close by, Jolie and her brother, James Haven, later said they didn’t feel like he was there for them growing up.

Jolie’s mother, who had studied acting with Lee Strasberg, guided her daughter into the same profession. When she was 12, Jolie herself started taking acting classes at the Lee Strasberg Institute, dropping out when she was 14 – to become a funeral director. 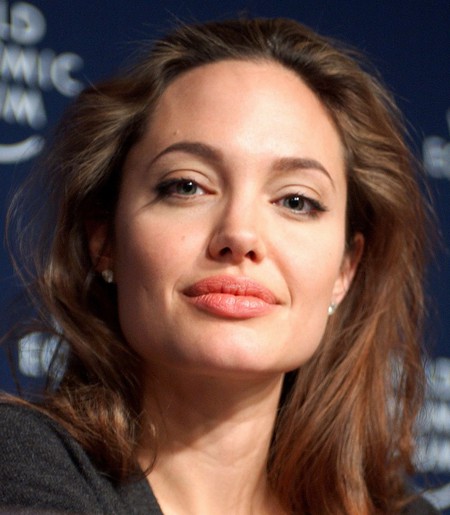 “Staring out the window”

Her teen years were difficult for Jolie, as she later remembered: “I used to think I was unstable, because I had this thirst for something. I could never figure out what it was. I couldn’t sleep at night, and I always wanted to be somewhere else. I have a window tattooed, this little box, and it’s because wherever I was, I wanted to be somewhere else. And, I always saw myself, wherever I was in life, staring out the window.”

Once Jolie finished high school (like many other Hollywood kids, she attended Beverly Hills High School), she started out as a model and appeared in music videos. In the 1990s, her Hollywood and television career kicked off: she won her first Golden Globe in 1998 for her supporting role in the TV series George Wallace. Two years later, she won a Best Supporting Actress Oscar for her role as the psychopath Lisa in Girl, Interrupted.

While her career was going well, Jolie’s private life was tumultuous. She got married to actor Jonny Lee Miller in 1996; they divorced in 1999. The next year, she married Billy Bob Thornton, 20 years her senior. The couple was known for wearing vials of one another’s blood around their neck and speaking openly about their sexual attraction to one another. 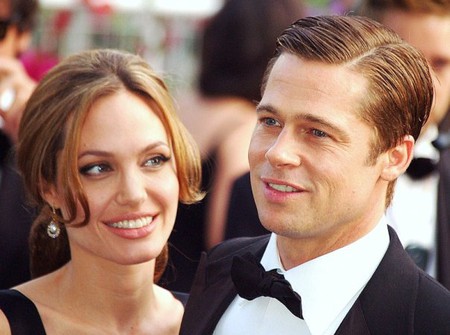 Filming Lara Croft in 2000 changed Jolie’s life. Seeing the beauty and the poverty of Cambodia, where part of the movie was set, she began her humanitarian work. She was appointed ambassador for the United Nations High Commissioner for Refugees (UNHCR) and started visiting refugee camps around the world. In 2002, she adopted a Cambodian refugee boy she named Maddox.

Taking care of a child gave her life meaning: “That makes me feel like I somehow have a purpose. I didn’t know what I would be like as a parent. So I’ve learned that I love being a mom. If he’s OK, if he’s healthy, nothing else matters to me. And, that’s just such a clarity. I never knew.”

Today, Jolie is the mother of six children: three adopted, three biological. She’s been with her partner Brad Pitt for more than ten years, after marrying in France in 2014. In Pitt, she seems to have found the right partner: “I am very lucky with Brad. He is a real gentleman, but he is also a real man’s man. He’s got the wonderful balance of being an extraordinary, great, loving father, a very, very intelligent man and physically he’s a real man.”

Having children and working as humanitarian doesn’t mean she refutes her status as sex symbol: “Being a sex symbol is a good thing! I’m a woman, and anytime you tell a woman that she looks nice, it’s not going to upset her. It’s very nice to feel sexy, and it’s important.”

Jolie started writing and directing her own movies a couple of years ago. When she’s not traveling the world for work or for her humanitarian engagement, she lives in Los Feliz with her family.