An Introduction To AC/DC In 10 Songs 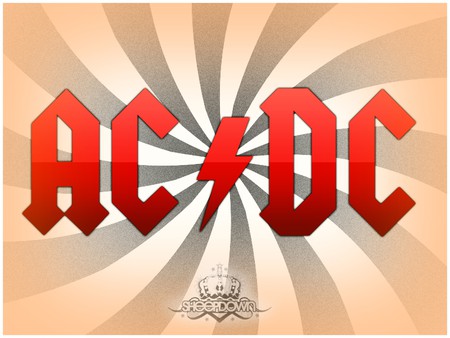 Lightning bolt signs, an induction into the Rock and Roll Hall of Fame, and signature school boy uniforms- welcome to the world of rock band AC/DC. AC/DC has been around for a long time, and through years of changing members, changing worlds, and tragedies, they’re still rocking – and rocking hard. The native Australian band is currently on their ‘Rock or Bust’ world tour, and while the lead singer Brian Johnson has had to step down, frontman of another renowned rock band, Axl Rose of Guns N’ Roses, is stepping in. It’s rock history – but AC/DC has been making that for a long time. Check out these ten songs that truly give an idea of what one of the most famous rock bands in history is all about.

This song goes back to the very beginning of AC/DC; it’s the first single off of their very first international studio album, High Voltage, released in 1976. Up until then, the band had stuck to releasing things in their home country, Australia. But ‘It’s A Long Way’ provided their entry into the international world of rock music. The song is about the struggle rock bands face, like being beat up, dealing with drugs, or maneuvering the music industry without selling out. These are the challenges, but the song accepts them, stating that ‘It’s a Long Way to the Top If You Wanna Rock n Roll’. It’s a song from early in AC/DC’s career, and it became one of original singer Bon Scott’s signature songs to perform live. Out of respect for him, the singer who replaced him, Brian Johnson, never performed it.

‘Whole Lotta Rosie’ comes from the album, Let There Be Rock, and the subject of the song centers around a woman singer Bon Scott had a one night stand with. The story behind the song is not a conventional one – it’s about an overweight woman Bon Scott slept with after one of their shows, and it now stands as one of AC/DC’s most popular tracks. It’s been played at their live shows often, and what accompanies is usually a large inflatable ‘Rosie’ on the stage with them. It’s also the song Brian Johnson used in his audition with AC/DC later, when he would go on to replace Bon Scott.

‘Highway to Hell’ marked the end of an era within AC/DC’s life as a band. The track came off of the fifth international studio album of the same name, and it serves as a point at which things changed for the band in many ways. Released in 1979, the song, which calls the travel between tour stops the highway to hell, became their entryway into the American music market. The album itself is AC/DC’s second-highest selling album ever, and the track is repeatedly seen as one of the greatest rock songs in history, partially due to the guitar riffs of Angus Young that became rock classics. But the song also marked a tragic end for the band. The album was the last album they released before the death of Bon Scott a year later. The original singer’s death was sudden, and in deciding what to do next, the members of AC/DC ended up auditioning for a new singer so they could get back to work. That new singer was Brian Johnson, who remained their singer up until this year, when he was instructed not to tour due to hearing loss.

‘Hells Bells’, and the album it comes from, Back in Black, came almost immediately following the death of Bon Scott. The album was composed with the new singer, Brian Johnson, but the album was made with Scott in mind – the band says that the album was their way of mourning the loss of their singer. ‘Hells Bells’ was the second single released from it and experienced an extraordinary amount of popularity, as the album became a huge success. The track is defined by the slow tolling of a bell at the very beginning, which shifts into the guitar, before launching into the hard-rock sound.

‘Back in Black’ is a song that has come to define and mark AC/DC, even thirty-six years later. Not only was it the title track for the album that would go on to be the second-best selling album in history, but it also proved to be a tribute to Bon Scott within itself. Lyrically written by Brian Johnson, the song is a celebration of Scott’s life and of his spontaneity and wild experiences, saying things like, ‘Forget the hearse cause I’ll never die’. It’s a fearless kind of song, one that doesn’t hold back in its lyrics. It became known for its opening guitar riff, and it became one of the most famous rock songs in history. In many ways, the song and the album it comes from were a new beginning for AC/DC, one filled with an overwhelming amount of success and a new singer to share it with. But accolades aside, Back in Black- both the album and the track- serve as a beautiful rock tribute to the band’s lost singer, immortalizing him in the music, and in his spot in their history, as they would come to be best known for this track.

‘For Those About to Rock (We Salute You)’

In the wake of high success, AC/DC put out its seventh international studio album, For Those About to Rock We Salute You, along with the single of the same name. The album became the band’s only number one album until the later release of Black Ice, with the single hitting number 15 on the charts. The song, and album, pulls its title from a book Angus Young read about Roman gladiators, who were told before they were to be executed, ‘Hail Caesar, we who are about to die, salute you.’ Young took that phrase and turned it into a powerful song about the battle of rock and roll.

‘Heatseeker’ is a single coming off of their eleventh international studio album, Blow Up Your Video. It’s the final album featuring their drummer, Simon Wright, and it also became the final album in which Brian Johnson received credit for penning lyrics. Previously, he had written the songs since becoming the lead singer, but following this album, Malcolm and Angus Young took over the lyric writing. During this period, Malcolm also struggled with alcoholism, which resulted in him missing most of their tour that year. Eventually he sought out help, partially due to the fact that Bon Scott had died from drinking at the age of only thirty-three. His nephew ended up replacing him on the world tour. The album went on to be the best-selling album since For Those About to Rock We Salute You and Heatseeker placed on the U.K. charts at number 12, remaining their biggest U.K. hit until 2013.

As the lead single from the album, The Razor’s Edge, ‘Thunderstruck’ became quickly notable for the way it opened with one of Angus Young’s guitar riffs. This one features alternating playing of fretted and open strings, and slowly, voices begin to chant ‘thunder’. The single did well on the charts, and in the 2015-2016 season, the Edinburgh Sport Club Green’s team adopted the song as their official anthem because they believed that the beat led them to the wins that allowed for a historically good squash season. ‘Thunderstruck’ remains one of only two songs from their work post-For Those About to Rock We Salute You that is performed live.

There was an eight-year gap between AC/DC’s last studio album and the release of Black Ice, their fourteenth international studio album. It’s the longest gap the band has taken, and the album is also the longest album of theirs yet. The first single to come off of it and onto the radios was ‘Rock n Roll Train’, which is the only other song post-For Those About to Rock We Salute You that they still play live. The single charted at number 1 in the states, and it was often used in different television commercials. The track also opened their ‘Black Ice’ world tour, when it was played during the cartoon video that started the show, ending with the band coming out on stage and beginning to play.

‘War Machine’ was never a single, but it remains as one of the more successful songs from the Black Ice album. Inspired by a documentary on Hannibal, the song concluded that the military now is not so different from the military of ancient Rome. The song was used in the Iron Man franchise, along with a few other AC/DC songs, and the track won the Best Hard Rock Group Performance award at the Grammys in 2010. The song, and the album as a whole, goes back to the AC/DC sound of Back in Black and Highway to Hell, the kind of sound they became best known for, and best loved for, while still remaining new and different from the things they had done before. Black Ice was a success for them, but it was also an end for them, as it’s their last album to feature founding member, Malcolm Young, who retired in 2014 due to dementia. The band went on and continued their music, most recently releasing their album Rock or Bust in 2014, but War Machine and the album it comes from signifies the end of something unique within AC/DC- the ease that came from founding and longtime members who understood how to work together. Without Malcolm, the band did not give up, but the dynamics of creating an album shifted. Now, Malcolm’s nephew plays his guitar parts, both through the recordings and on their world tour, and while it’s different, there is still nothing like the true rock and roll sound that AC/DC has always provided.