An Interview With The Indie-Blues Rock Band, Fritz Montana

These three irresistible men will have you falling in love with music all over again. All Bay Area natives — Kevin, Dave, and Matt are changing the way of indie-blues rock in San Francisco. A show from them is something you will not want to miss, and while you’re there, try not to dance (The Culture Trip dares you!) — it’s impossible with the way their music sounds and makes you feel. 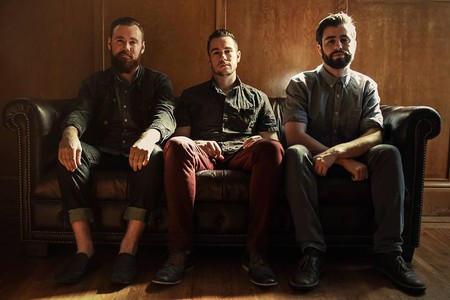 Just in the last few months, Fritz Montana has made huge strides by getting their name out there and not disappointing. They started out the summer at BottleRock in Napa Valley, and from there, they gained contacts to play their first international show in Alberta with Stampede City Sessions. A few shows played at Bottom of the Hill drew in major enthusiasts leading up to the pregame ceremony they played for the 49ers Faithful Mile Concert Series at Levi’s Stadium. Check out the interview with the bassist, Kevin Logan.

How did you all meet and start jamming?

Matt, our drummer, and I originally went to high school together, but we were in our own bands at the time, so we never really committed to jamming together. Then through some divine intervention, Matt met our guitarist David at a holiday party in 2012, and they decided a band would be created. Since I was the only other musician Matt was aware could play bass, I got a cool invite to practice. The rest is history!

When did you start playing, and where was your first show?

We started jamming together in early 2013 with our first show being that year in November, so we had a solid ten months under our belt as a band. But since that first show in San Jose, we’ve been playing as much as we can — with a special focus on San Francisco since it’s the city we all grew up loving.

So why Fritz Montana?

Fritz Montana is a rescue dog that is currently residing up in Oregon. Once you’ve seen this majestic beast, you would quickly understand how important it is to name a band after him.

What is the band’s ultimate goal?

I’d say our dream goal is to get Fritz Montana to a place where we can focus on it as a full-time job. But until then, our goal is just to write better songs and perform better sets. Kind of like in Field of Dreams, ‘If you build it, they will come.’ First things first, we got to build our dream field, and then I have no doubt we could cultivate a strong following.

We’ve had SO many favorite shows — it’s really hard to pick. It’s easy to name off some legendary venues that we loved like Great American Music Hall, or opening for Everclear at DNA Lounge — but I’d say our absolute favorite show was a gig we did in the small town of Bolinas just north of San Francisco. They set us up with a small apartment above the venue (Smiley’s Saloon), and then proceeded to bring the entire town into this small bar to watch us play. We played an hour and a half long set and had such a great time with the crowd that we just played our set over again. So it was definitely our favorite and longest show. 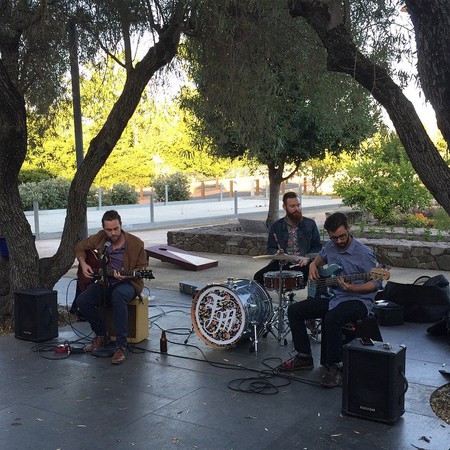 You heard it here; Fritz Montana is killing the game, so keep your ears out for some new music early next year — there are currently talks for recording another EP! These boys are grabbing hearts and ears of not just natives but of people all over the West Coast and beyond.