An Interview with “Can I Pet Your Dog?” Host Renee Colvert 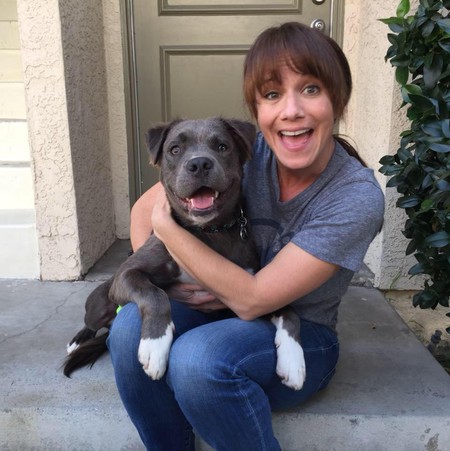 There’s no better city for petting dogs than Los Angeles.

Podcasts are an acquired taste, often deemed to be just too much by those who don’t listen to them. Between TED Talks and news briefs and gripping true crime binge-fests, listeners find themselves searching for something a little lighter—maybe even a little cuter. That’s where Can I Pet Your Dog? comes in.

This popular L.A.-based podcast covers everything dogs: from dog news to interviews with famous dog lovers. Culture Trip sat down with one of the show’s co-hosts, 35-year-old Colorado Springs native Renee Colvert, to discuss podcasting, life in Los Angeles, and what it was like to interview Broadway legend Lin-Manuel Miranda.

Can I Pet Your Dog? is definitely a fan-favorite podcast here in L.A. How did this whole idea manifest, and what inspired you to make it a podcast?

I went hiking with my pal Allegra Ringo. We were trying to brainstorm podcast ideas, but we kept interrupting ourselves to stop and pet dogs. At the end of the hike, I asked [Allegra], “What if I just did a podcast about dogs?” She said yes, and I pitched it to Travis [McElroy]. I was pretty sure he was going to let me down easy and say, “Oh, no one will listen to that.” But I got an email back saying, “Great! Let’s do it.” We recorded the first episode, and Maximum Fun added us to their network.

Would you believe I never booked a thing from this shot?! Not even the role of “angry face” on a feelings chart. #oldheadshot

We got super lucky our first year. Margaret Willison from Pop Culture Happy Hour (a popular show on NPR) talked about us on the show. Oprah Magazine did a little blurb on us, and we got some nice reviews. But I think our Facebook group is what really surprised us. (Join us! We’re a closed group, but we’ll add you so long as you’re not a bot.) It’s a really active group of people constantly posting pictures and stories of their dogs. It has been really touching to see it become such a strong, supportive community.

What was it like having someone as famous as Lin-Manuel Miranda on the show to talk about dogs?

We had Lin-Manuel Miranda on as our first guest. At that point, Hamilton was still Off-Broadway, so he wasn’t, you know, a worldwide superstar just yet—but to me, he was because of In The Heights (the show he wrote before Hamilton). I cried before and after the interview. I still can’t bring myself to listen to it because I’m sure it’s very cringe-worthy. This is a long way to say, maybe don’t have your hero on as your very first guest.

Your show is also centralized and heavily influenced by life in L.A. What kind of impacts do you think shape your conversations and topics?

Some of the most successful podcasts are not recorded in big cities, so clearly you can be successful anywhere. But for us, it’s been really helpful to be in Los Angeles because of the proximity to our guests. A lot of the comedians we’ve had on the show live here. And though you can get a great interview over the phone, it’s nice to have the guest in the studio for sound purposes and rapport… and also sometimes they bring their dogs!

It's @reneescolvert's birthday! If you see her around, wish her a "too happy" birthday!

What are some of the ways CIPYD engages with the community in Los Angeles? Are most of your fans based in L.A., or is it a mix of people from all over?

They’re from all over. The Facebook group plans various meetups in their respective cities. In Los Angeles, we have a dog “meetup” at Silverlake Dog Park periodically, which is a hoot. And we get to judge a lot of dog contests. Last week, I was the judge for a dog look-a-like contest at Angel City Brewery. I gave every dog a 10.

In your expert opinion, where are the best places to go in L.A. for people who want to pet dogs?

Gosh, there are so many. I love Trails Cafe in Griffith Park and the Fryman Canyon hike. Oh! And Rosie’s Dog Beach and Huntington Dog Beach. Is that still L.A.? I’m going to say yes because it’s so fun and everyone should go.

Hiked. Carried. Who's to say how he made it to the top.

What’s next for you? Do you have any other upcoming podcasts or other projects that fans should be looking out for?

Yeah! We’re excited to expand the CIPYD community this year. We’re featuring our listeners’ dogs more, and we have more live shows and meetups in the works.

You can listen to Can I Pet Your Dog? here and follow Renee’s journey on her website.