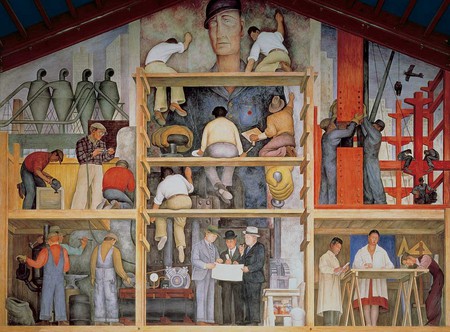 Architectural reminders of the profound influence of 1920s and 40s Art Deco is present throughout San Francisco. The Art Deco design didn’t only hit the city’s architecture, but its furniture, cars, and even trains were struck by the Art Deco phenomenon.

The style of Art Deco includes streamlined shapes, geometric patterns, and powerful human depictions. Much of that era is gone now, overlapped with more current styles and trends. But that doesn’t mean there isn’t any Art Deco left in San Francisco. These sites, with their timeless design of symmetry, remain some of the most fawned-over historical places in the city. 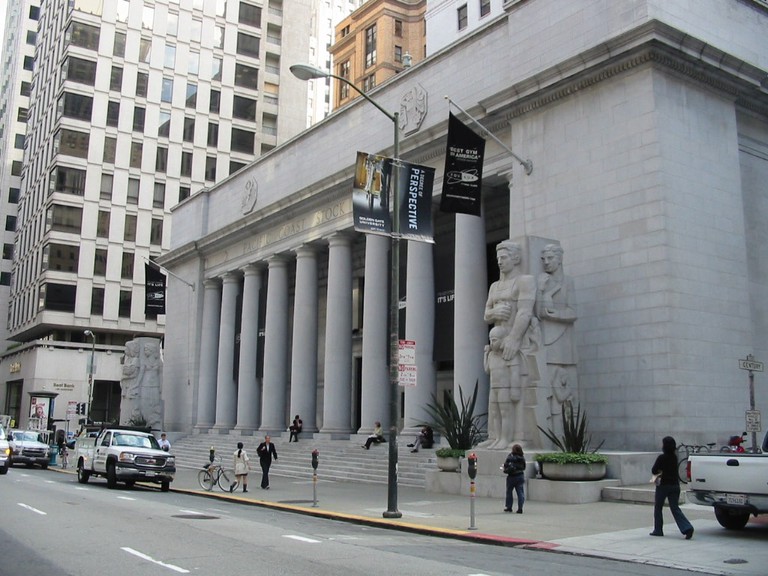 Located at 155 Sansome Street, the Stock Exchange Tower first opened in 1930, an established time for Art Deco design. The building once housed offices of the brokers who worked the ins and outs on the Stock Exchange trading floor. Timothy L. Pflueger—a favorite architect and designer at the time, who was responsible for many Art Deco structures and art pieces in San Francisco—designed the tower itself. Pflueger was known as one of the first architects from California to incorporate Classic European Modernism into his designs. Believing that art and architecture were entirely synonymous, Pflueger brought in many other great artists of the era to contribute work to the Stock Exchange Tower. One of those artists was the great Ralph Stackpole. Pflueger commissioned this pioneering artist to create the colossal sculptures Industry found on the side of the building’s entrance. Another great artist that contributed to the tower’s design, and many other San Francisco buildings, during the Art Deco era was the Mexican muralist Diego Rivera. 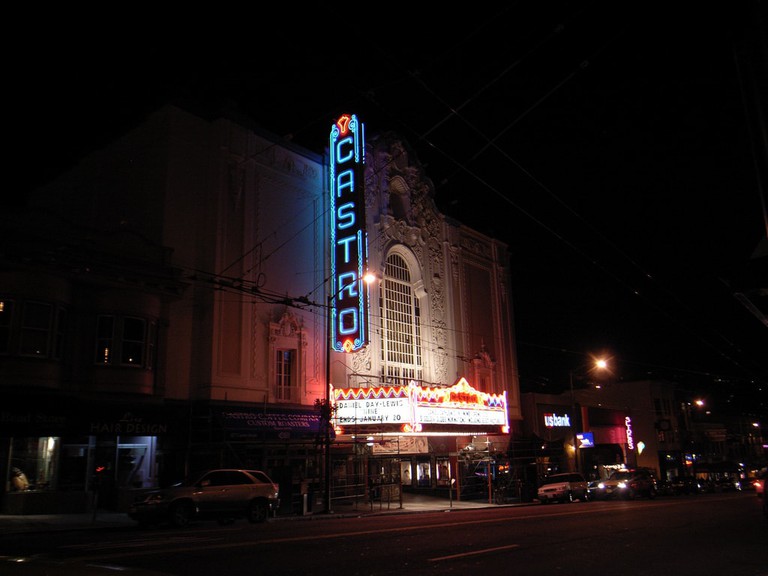 Castro Theater | © titanium22 / Flickr
This 1,500-seat art-house is another masterpiece by Timothy L. Pflueger. The famous architect designed the outside of the theater similarly to that of a Mexican cathedral—no doubt the inspiration coming from the multiple collaborations with the highly-regarded muralist Diego Rivera. The marquee and the vertical neon sign, added later on in the late 1930s, still stand today; as do the ornate canopied box office and the wooden doors, all original from the early 1920s. The Castro Theater adhered to the style of the 1920s and 30s on the interior, with large plaster wall décor—comparable to the theater’s equally grandiose façade. Spanish, Italian, and Asian influences from the 1920s dazzle in the interior that’s covered with rare Art Deco pieces of motif murals, created with the process of using the wet plaster called scrafitto, a method almost completely lost today.
Open In Google Maps
429 Castro Street, San Francisco, California, 94114, USA
+14156216120
Visit Website
Give us feedback

This Mexican muralist was born as Diego María de la Concepción Juan Nepomuceno Estanislao de la Rivera y Barrientos Acosta y Rodríguez on December 8, 1886. From his time in Mexico to staying in the Americas from the 1920s–40s, Rivera became one of the most respected Mexican artists of all time. During his stay in San Francisco in particular until the 1930s, Rivera contributed three powerful murals that are considered some of the greatest Art Deco examples in the state and are still in the city to this day. One of the murals is The Allegory of California mural at the Stock Exchange Tower.

Because Rivera’s leftist political beliefs contradicted the Stock Exchange’s capitalist foundation, choosing to bring him in to contribute such a large painting in the center of San Francisco’s pristine City Club was highly questioned. Although it was controversial at the time to bring in a non-American artist with such different political views for a such a monumental job, Riveria’s The Allegory of California mural is considered the most exquisite piece of interior Art Deco design in the city, and one of the best in California. His other works are The Making of a Fresco Showing the Building of a City, a five-sided piece in San Francisco’s Art Institute, and Pan American Unity in the Diego Rivera Theater on Phelan Avenue—possibly one of the most gargantuan Art Deco pieces Rivera had ever done, spanning over five panels, encompassing generations of both Latin and American history. 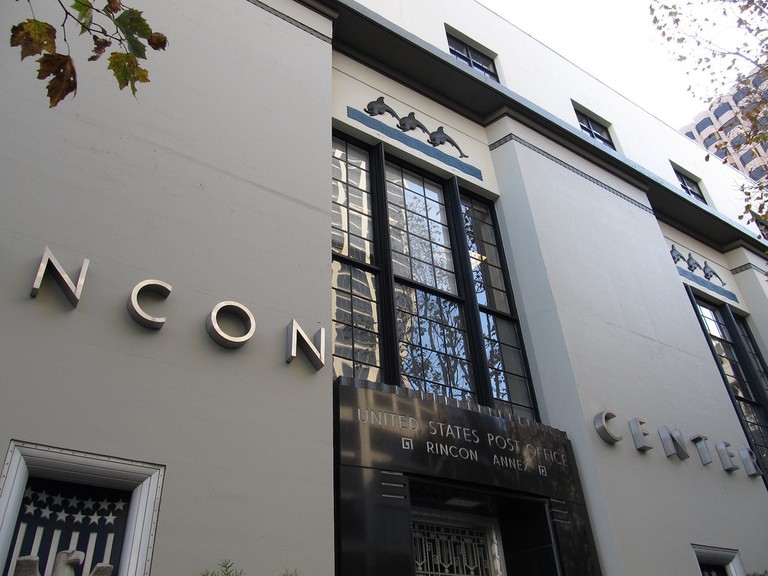 This Post Office, located at Spear and Howard Street, was designed by Gilbert Stanley Underwood in the Streamline Moderne style—a late form of Art Deco that emerged later on in the 1930s. The Rincon Center’s exterior doorways and windows are decorated with dolphin friezes, while the interior exhibits immense dedication to the history of California. Murals depicting the Golden State’s past are all along the inside of the building. The History of California painting is composed of 27 watercolors, all painted by Russian muralist Anton Refregier. The immigrant artist painted the murals from 1941 to 1948; the entire works is in Social realism—depicting the hard times and labor of the poor or working class, specifically in San Francisco. Refregier took on heavy controversy—as the paintings were completed post-World War II, they sparked criticisms of Refregier’s political stance. It prompted such a heated debate between sides that the issue was taken to the country’s capital. Two bits of irony still followed: after the case of the murals reached U.S. Congress in Washington D.C. (who were asked to destroy the art), the murals ended up as the deciding factor that led to the Rincon Center lobby’s preservation. Second to that, Underwood was heavily inspired by the famous painter who played a massive hand in establishing the Mexican mural movement, who was also known for receiving fierce criticism for his work and political position—Mexican immigrant Diego Rivera. 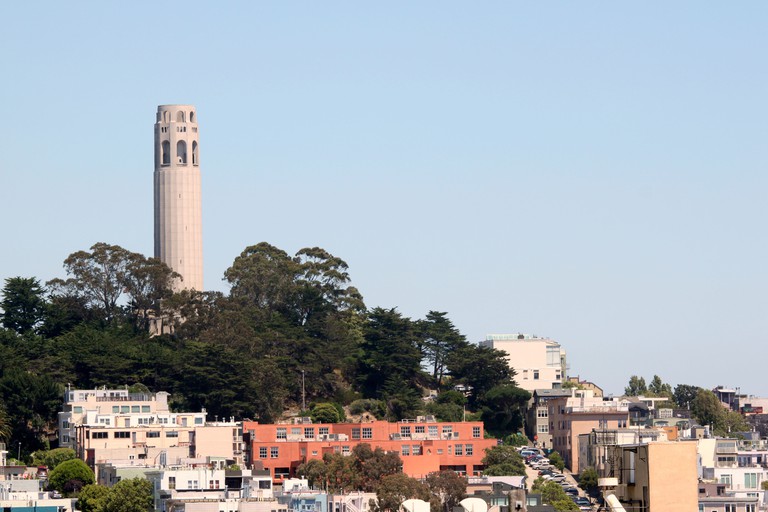 The Coit Tower is a must-see landmark in San Francisco, California | © Henrik Lehnerer / Alamy Stock Photo
Book Now
The Coit Tower’s peculiar shape and exterior make it one of San Francisco’s most notable structures. On the inside, however, is an Art deco masterpiece, with fresco murals covering the inside of the tower. Built in 1933, Lillie Hitchcock Coit financed Coit Tower’s construction, in an attempt to bring beauty to San Francisco’s cityscape; the wealthy socialite later donated one-third of her fortune to the city after her death in 1929. The tower’s bare concrete design was the brainchild of architects Arthur Brown, Jr. and Henry Howard. A total of 29 different artists, plus their numerous assistants, are responsible for the Art Deco murals and designs inside the tower. After being granted the commission of Coit Tower’s interior project in 1933, renowned San Francisco artists Ralph Stackpole and Bernard Zakheim started putting together a team of muralists. The two established artists supervised the muralists, who were mainly from the California School of Fine Arts—now the San Francisco Art Institute. In the height of the Art Deco era, Coit Tower is a prime example of both established and upcoming artists’ commitment to the city and the art of the times.
Open In Google Maps
North Beach, San Francisco, California, 94133, USA
Give us feedback

The Art Deco Society of California

The Art Deco Society of California strives to preserve and bring awareness to the Art Deco era. The non-profit was founded in 1981 by Bay Area architectural historians and preservationists. Through the Art Deco Society of California, located in Oakland, events and other festivities are hosted throughout San Francisco that promote and celebrate Art Deco. The organization also puts together educational programs on the preservation of this design movement and the era’s culture. Attending just one of the Society’s lectures, celebrations, or the Art Deco Preservation Awards—presented annually to acknowledge Art Deco pieces and preservation efforts—gets to witness some of the most significant Art Deco that has survived since the style’s emergence. 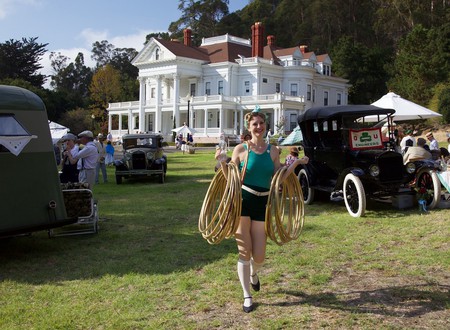 The Beach Chalet Brewery and Restaurant 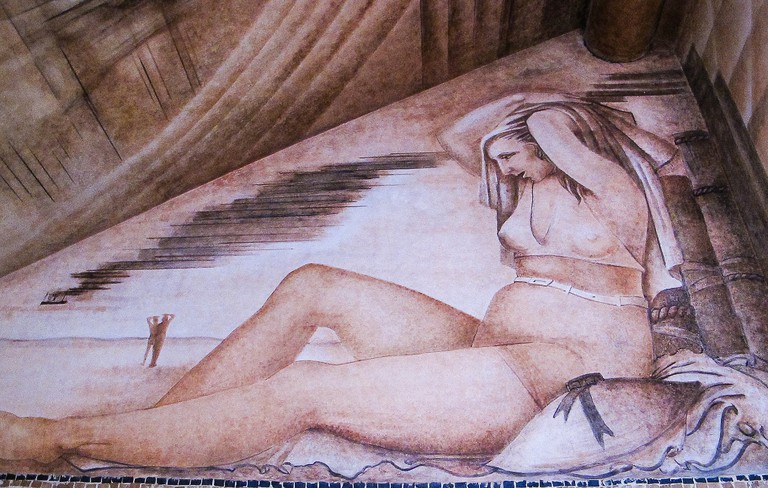 Unlike the Coit Tower, which had nearly 30 artists contributing to the tower’s Art Deco works, Lucien Labaudt is responsible for all of The Beach Chalet’s murals. His scenes, located on the ground floor below the popular restaurant, include San Francisco’s Saint Francis Yacht Club, tennis players, horseback riders, portraits, and waterfront renditions. While the ground floor of The Beach Chalet was built in 1925, Laubaudt began painting his recreational murals in the 1930s.The walls of the two-story buildings are adorned with Labaudt’s murals, while the stairway connecting the two are covered in his mosaics. His paintings, unlike many other Art Deco painters in San Francisco at the time, didn’t rile up controversy. Labaudt’s work depicted life as a San Franciscan in the most carefree ways.