An Appreciation Of Baseball's Early Giants

Since the 1958 season, the Giants have been a staple of San Francisco culture and recreation, the sort of outlet that provides the perfect Friday night at the ballpark. The history of the Giants is well-known since their move out West, but what about the early years? To understand and appreciate just how much baseball means to the city and people of San Francisco, it is vital to go way back, to the origins of the Giants baseball in New York. 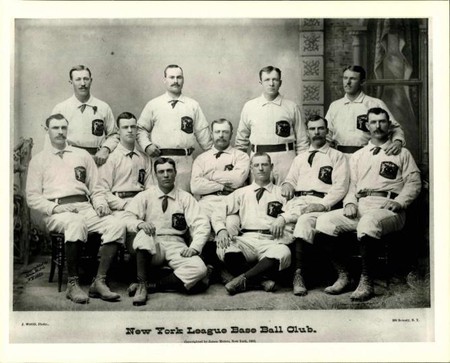 The origins of Giants baseball began with John B. Day and Jim Mutrie, owners of what was known as the American Association’s New York Metropolitans, a 19th century New York based baseball team that lasted from 1883-1887. As Day and Mutrie expanded their visions of what baseball could be in the U.S., they realized they could expand their reach in New York and they formed the New York Gothams baseball team in 1883.

The next few years were difficult as Day and Mutrie struggled, as any team might, in a sport relatively new to everyone in the U.S. However what propelled their success in years to come was their leadership, seen through Mutrie’s seemingly emotional, as well as professional involvement with the team. During a particularly tense game, the Gothams prevailed and Mutrie described them as ‘Giants’. 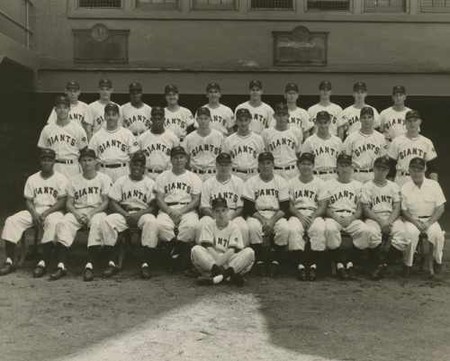 During the 1905 season, the New York Giants captured their first World Series title under the leadership of Giants manager, John McGraw, along with a standout pitching performance by a young, right-handed pitcher named Christy Mathewson. During the course of the 1905 season, Mathewson earned 32 wins, with 30 plus wins in 3 consecutive years, and pitched three shutouts in the 1905 World Series.

Fast forward to the 1921 season and with a country still largely struggling with the effects of World War I, the Giants also struggled as a franchise between 1905 and 1921, having lost four World Series. But despite these struggles, they did not give up as a team, and in 1921-1922, the Giants won consecutive World Series titles, with amazing performances by everyday players like left fielder, Irish Meusel and first baseman, George Kelly. Capitalizing on their success, the Giants moved to the New York Polo Grounds in 1923. 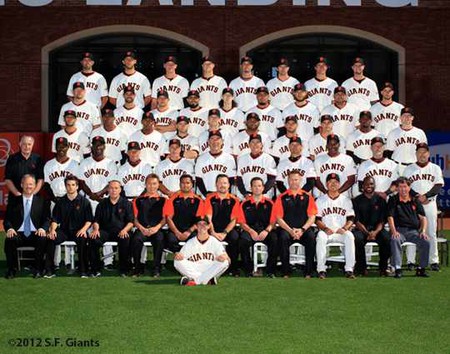 During the 1951 season, they were still 13.5 games behind the Brooklyn Dodgers in the standings at the beginning of August. As a team, they were really in a place where every game was seen as a must-win for them. There was a momentum shift for the Giants, who were determined and driven to succeed. In the race leading to the playoffs, the Giants won 37 of 44 games, a feat that allowed them to tie with the Dodgers. They then faced the Dodgers in a three game matchup, with the winner receiving the National League Pennant title.

On October 3, 1951, the race for the National League Pennant came down to the bottom of the ninth inning, as only playoff baseball does. Ralph Branca of the Dodgers replaced Don Newcombe to pitch to Bobby Thompson, the 0-1 pitch resulting in a game-clinching home run and a real thriller to clinch the National League Pennant for the Giants, and they cemented their place as Giants of baseball.