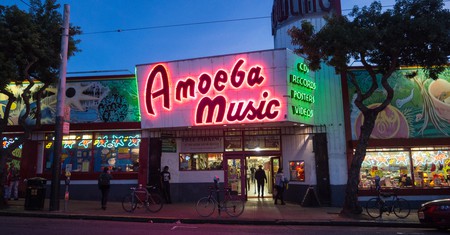 In the face of a vinyl record slump, Amoeba Music founder Marc Weinstein opened the first of three stores in California. Not only was the record store a massive success, but it has also blossomed into a community adored by music fans and musicians alike with locations stretching from Northern to Southern California. 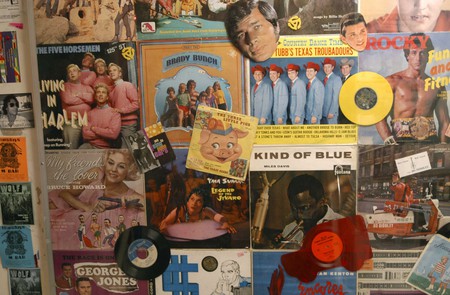 Since 1877, at the advent of Thomas Edison’s phonograph, music lovers have reveled in the ability to enjoy their favorite artists in a very personal way. In the late 1940s, vinyl records (also called LPs) emerged as the primary way to play music at home. For half a century, record stores popped up in cities across the world as places for music lovers to gather. Indeed, they were such a big part of pop culture in the 1990s that films such as High Fidelity and Empire Records created stories around their nationwide impact.

But in the ’80s and ’90s, the music industry thrived as vinyl album sales dropped. According to Marc Weinstein, founder of Amoeba Music, major labels were to blame for the decreased popularity of vinyl. “Back in 1990, the major labels were doing everything they could possibly do to kill off LPs,” Weinstein tells Culture Trip. “They even destroyed most of the pressing equipment to be sure the technology would not resurface very easily.” That same year, in 1990, Marc Weinstein saw an opportunity to save vinyl collections – he opened the first Amoeba Music on Telegraph Avenue in Berkeley, California. Today, the now iconic music empire (which includes two other California locations) is among the last standing music libraries that pay homage to the art of vinyl listening. 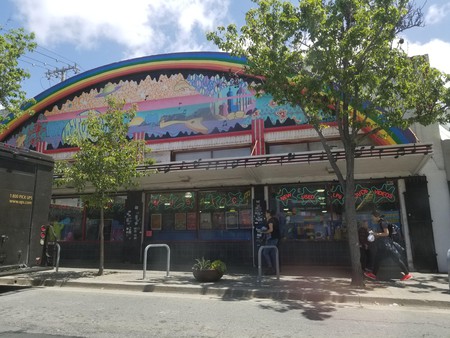 It was the changeover in format during this era – perpetuated by major record labels – that was indirectly responsible for the first store’s extensive vinyl inventory. “Record labels managed to convince most of the market to switch formats and literally repurchase much of their collections at twice the price. For [CDs] that costs one-third to produce. That snow job resulted in hundreds or even thousands of customers bringing us all their LPs,” says Weinstein. Amoeba Music was able to set up shop with an incredible vinyl inventory at the onset despite the CD craze. “Those who still loved records were in heaven when they came in.” 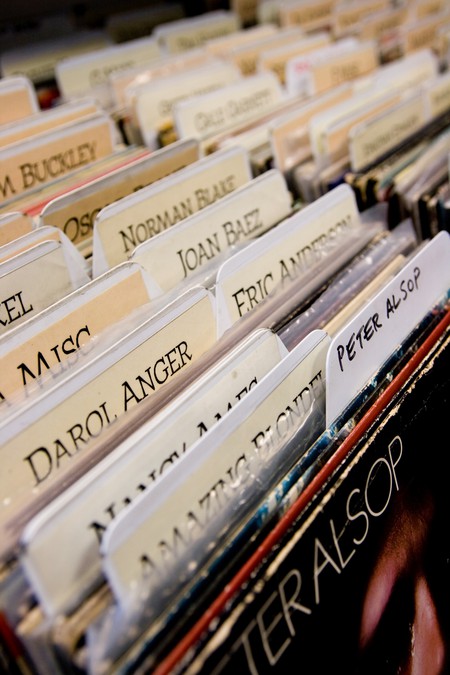 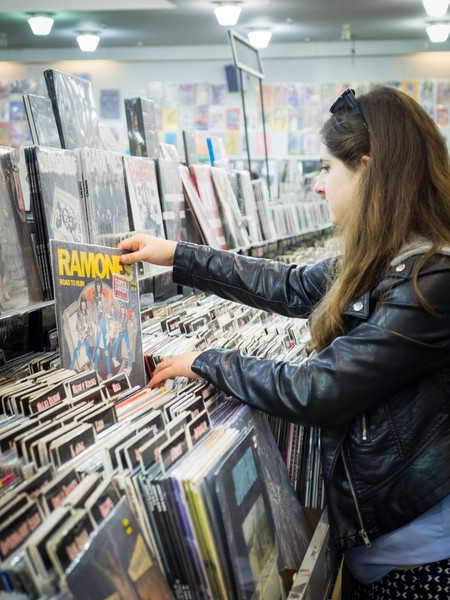 In 1997, a San Francisco Amoeba location opened in a former bowling alley. Even with a 24,000-square-foot (2,230-square-meter) space, the independent record store managed to keep its focus on alternative music. Amoeba music partner (and notable musician) Joe Goldmark says that “as record stores fell by the wayside, we became a focal point and gathering spot for music lovers. We are also beloved because we’ve never kowtowed to the music industry – we don’t put up 60-foot (18-meter) posters of Madonna. We resonate with music fans because we embrace an alternative style.” 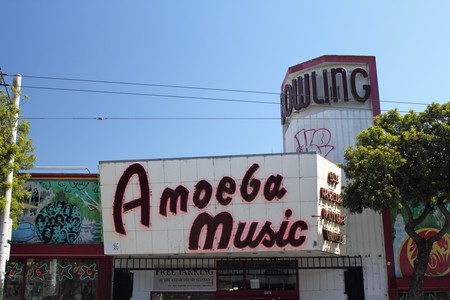 A few years later, in 2001, a Southern California location opened on Sunset Boulevard in Hollywood, and it would become a local staple for music lovers across Los Angeles. Another massive space, the LA outpost – along with its two counterparts – became home to vinyl collectors and musicians alike, attracting customers who would travel lengths to set foot in the illustrious Hollywood Amoeba Music. And now, all three of the locations regularly host free in-store live shows, with headlining artists such as Paul McCartney and Lana Del Rey gracing Amoeba’s stage. 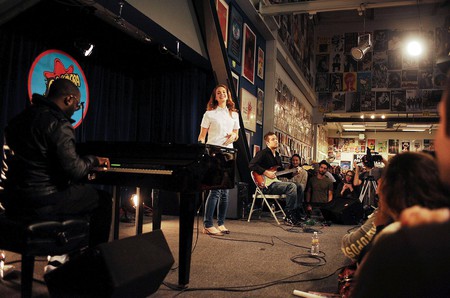 Along with live acts, each Amoeba Music also features regular in-store signings with artists (RuPaul and David Lynch are among the names at these events). These sort of in-store meet-and-greets allow customers to engage directly with artists and musicians, promoting that sense of community that online shoppers would not find without coming into a physical store.

Goldmark hopes that when people step into Amoeba, they’re blown away by that level of musical intimacy. “I hope they have a ‘wow’ moment like I get daily,” he says. “The stores are shrines to music in every genre and format – there’s something for everyone and for every price point. In fact, you don’t need money to shop at Amoeba; just trade in some music that you’re tired of and get credit to buy whatever excites you now.”

As a result of this community connectivity, musicians and other well-known frequenters of Amoeba spawned the website’s What’s In Your Bag? web series, which is filmed in the store. It primarily follows musicians as they comb through Amoeba’s selection, talking about their music and film influences. From musician Andrew Bird speaking about Herbie Hancock’s 1970s mystical jazz to Blood Orange talking about his classical music influences, the series gives audiences a rare glimpse into the influential albums adored by their favorite artists.

Eventually, just as CDs and cassette tapes replaced vinyl records in the mainstream markets during the late 1990s, new advances in technology gave way to newer music formats in the 2000s. As the internet grew faster and more reliable, these newer formats – such as online streaming and MP3 downloading – rose in popularity. But people aren’t just purchasing their music in MP3 formats online. In 2014, Billboard revealed that online company Amazon (which is also blamed for the closing of malls and retail stores all over the country) is actually the leading retailer for vinyl records. 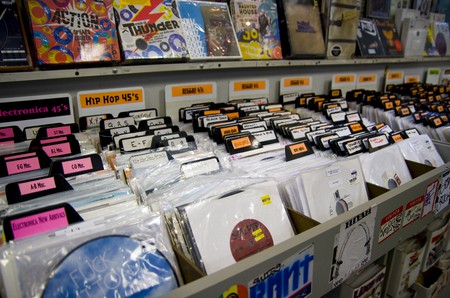 The need for visiting physical stores to buy music may have diminished, but the desire surely hasn’t. While many headlines bid farewell to retail stores dying out in the face of the “retail apocalypse,” Amoeba remains a success story. What began as a risk in the face of a changing music industry, Amoeba Music has proven itself as an extension of the community and has evolved into the world’s largest independent record store. “We are the best retail source for records anywhere, and have been for just shy of 30 years now,” says Weinstein.

In 2018, it was revealed that the Los Angeles Amoeba location was being forced to move. Rumors began circulating about what that meant for the iconic Hollywood store. However, Weinstein staves off worries, assuring us that the store will be moving within five blocks of the current location, which is destined to be demolished to make room for a skyscraper. “It’s an exciting opportunity to further refine who we are in this ‘modern’ world with likely more of an emphasis on vinyl than ever,” he says.

Graphs for music industry sales resemble a roller-coaster ride, with numbers peaking and plummeting at multiple intervals for the past few decades, spurring headlines with conflicting opinions about the future of music sales. But this doesn’t faze the music lovers who run Amoeba; they believe that there will always be a market for those who care about owning physical music. “We plan on being around for quite a while,” Goldmark says.