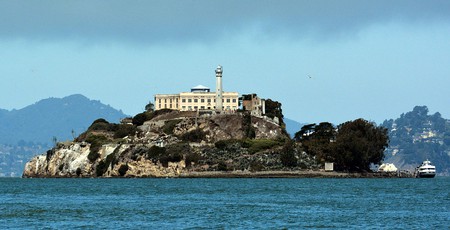 On Tuesday, July 26th, Shortening: Making Irrational Rational opened on Alcatraz Island. This exhibition, organized by mathematician Nelson Saiers, will use football memorabilia to tackle social issues such as the prison industrial complex.

It is easy to understand why Alcatraz was the chosen site for an exhibition that addresses the prison industrial complex, since the island was famously once the site of a high-security prison housing such notorious criminals as Al Capone, Robert Franklin Stroud, and Mickey Cohen. Saiers chose to incorporate football memorabilia as a reference to the term ‘football numbers,’ slang used to talk about prison sentences so long they reach into the high double digits. ‘The show opens with a hanging ten-by-eight-foot piece of astro-turf painted with the number three, referencing both the 30-yard line on a football field and the irrational number Pi, stripped down to the integer three and thus made rational,’ writes Victoria Stapley-Brown of The Art Newspaper. Saiers explains his need for rationality, telling Stapley-Brown, ‘I’m a mathematician, so I like things that are very just. I like a basic reason there.’ 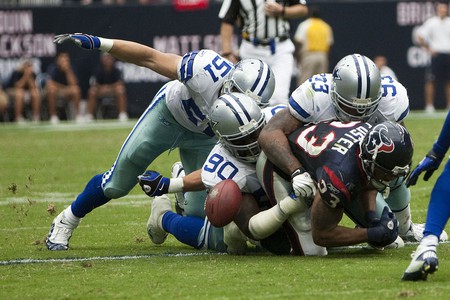 Another work within the exhibition features 100 football jerseys hanging from hemp rope. The work’s massive size is intended to reference the excessive length of prison sentences. Saier will return to the work for an artist talk in September, and he plans to add 30 to 40 more jerseys to the piece at that time. The piece also references the frequent injustices endured by Native Americans, who once occupied Alcatraz Island, by covering up the derogatory name ‘Redskins’ on one of the jerseys. ‘The island was occupied by the Indians of All Tribes from November 1969 to June 1971, since, as disused federal land, it should have been returned to native people according to the 1868 Treaty of Fort Laramie,’ writes Stapley Brown. Saiers comments on this reference to issues social justice, saying he wants the exhibition to inspire the question, ‘How do we think about [social issues] more rationally?’

The exhibition will remain open until January 15th, 2017. 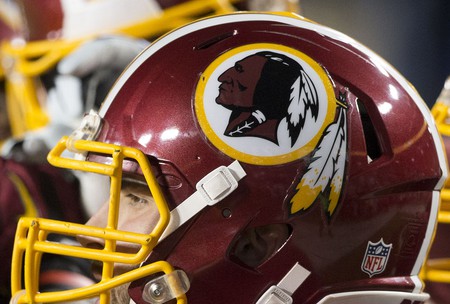