Inside the Britt Scripps House | © JDHRosewater, MLS / Flickr
San Diego’s Victorian architecture offers a chance to view the ornate style made popular in the late 19th century. Some of the best examples include those in Heritage Park, where six Victorian homes were moved and relocated for public viewing, and the magnificent Hotel del Coronado, a wooden Victorian beach resort known for attracting celebrities, presidents, and royalty. Here are six of San Diego’s key Victorian landmarks.

E. Britt originally built the Britt Scripps Inn in 1887. Newspaper publisher E.W. Scripps purchased the house a decade later, and it remained in the family for several decades. It is now a hotel with nine total rooms, each offering its own unique take on the Victorian aesthetic. Eight of the rooms are in the main house, while the ninth offers the privacy of the home’s carriage house. 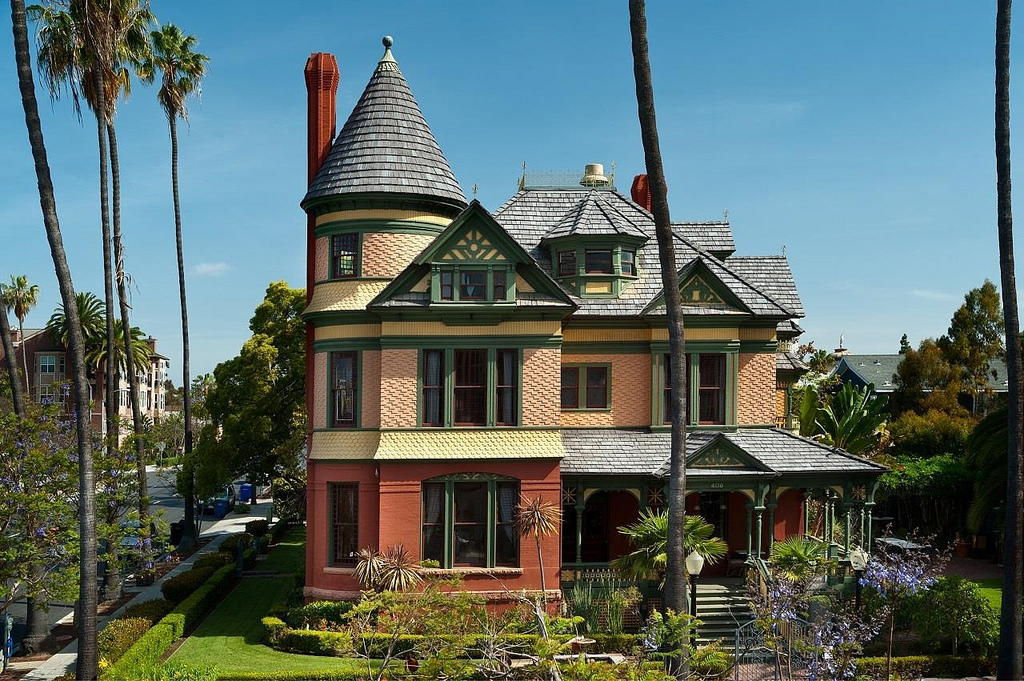 Hotel
Add to Plan
Hotel del Coronado | ©Rennett Stowe/Flickr
This Victorian resort opened in 1888 and is still operational as a luxury hotel today. It boasts 680 rooms plus a long list of famous guests, including movie stars, authors, musicians, and politicians.

Park, Synagogue
Add to Plan
The Sherman-Gilbert | ©Chuck Berridge/Flickr
Nelson Comstock and Carl Trotsche built the Sherman-Gilbert House for John Sherman in 1887. And yes, he was related to General Sherman—the pair were cousins. This house has the honor of being the first home to be restored and moved to Heritage Park. Like the Busyhead House, this house is not open to the public.
More Info
Open In Google Maps
2454 Heritage Park Row, Old Town, San Diego, California, 92110, USA
+18585653600
Visit website

Architects Comstock and Trotsche also designed the Timken House, built in 1888 and first owned by carriage maker Henry Timken. Though the Timken family name is associated with The Timken Museum, which hosts a collection of fine art, the Timken House itself has been a private residence since the 1960s.