A Tour Of "Love" on Netflix's Filming Locations 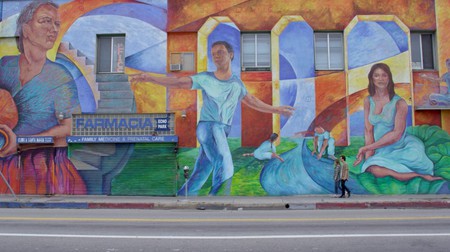 Netflix’s Love, created by Judd Apatow, Lesley Arfin and Paul Rust, navigates the tenuous dating scene in Los Angeles. First, there’s Gus Cruikshank (Rust), as aspiring screenwriter who works as an on-set tutor to a child actor on a TV show about witches called Witchita. Gus has just broken up with his long-term girlfriend, Natalie, when he meets Mickey Dobbs at a gas station. Mickey is an alcoholic and a love/sex addict who works as a a program manager at a radio station. They’ve both got a fair amount of baggage to unpack, but they try to make it work while dealing with friends, family and L.A. life. Not all films and TV shows shot in L.A. are set in L.A., but as this guide reveals, Love is a show where many of the locations exist in real-life.

Gus’ apartment is called the Springwood on the show, but the Oakwood in real life. It’s near both Universal Studios and Warner Brothers, and is actually quite far from the gas station and convenience store where he meets Mickey. Gus moves here after he and his girlfriend, Natalie, part ways. 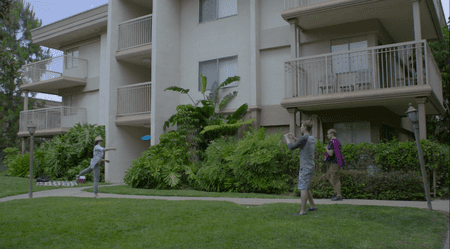 Mickey’s apartment is in Silver Lake, as noted by 90201 Locations. It’s cute and pale blue, and probably isn’t cheap. It is about a 30-minute walk from Mickey’s place to the gas station where she first meets Gus. Mickey lives here with her Australian roommate, Bertie, and her cat, Grandpa. 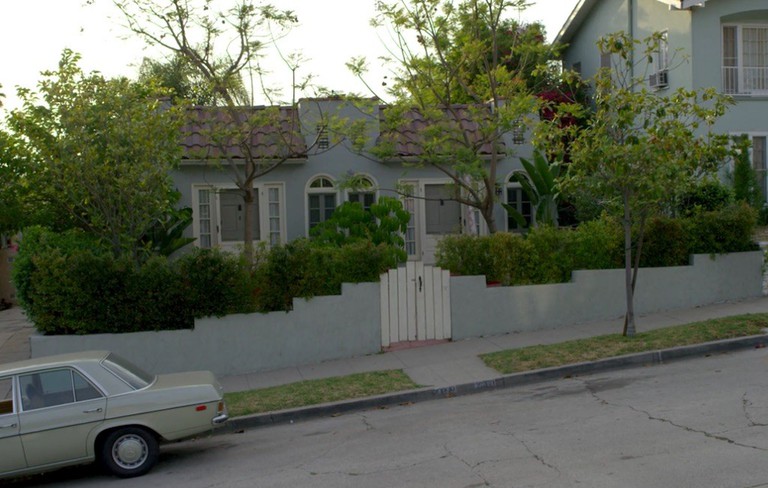 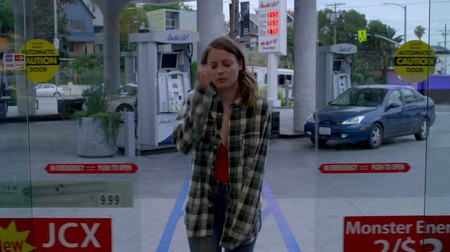 Season 1, Episode 6, “Andy”
The sign may read “Bar 323”, but the watering hold advertising “cocktails in Thai Town” that Mickey and her friends hit up is really Harvard and Stone, a popular cocktail bar with live music. It is, however, actually in Thai Town. Here, Mickey runs into comedian Andy Dick, who expertly plays himself, flaws and all. They share some drinks, hit up a taco truck, and drink some more. 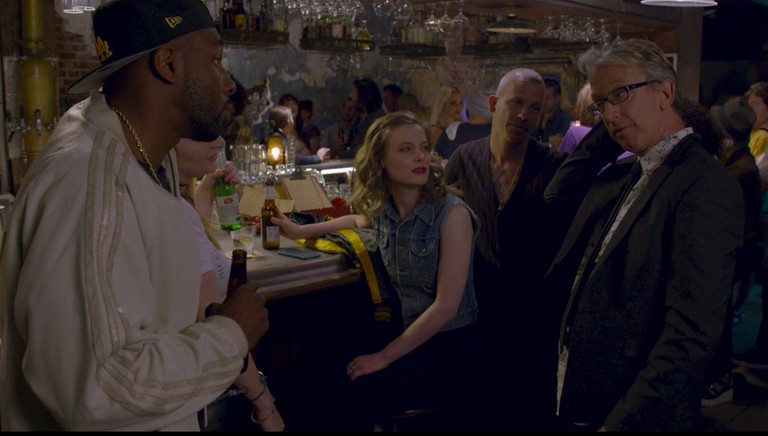 Andy and Mickey do drugs, hop on the Los Angeles Metro, and soon realize they’re headed in the wrong direction. Perhaps it’s the drugs, but the simple solution of getting off at the next stop and going back the other way eludes them. Instead, they spend all night riding around engaging in a heart-to-heart about their shared struggle with addiction. 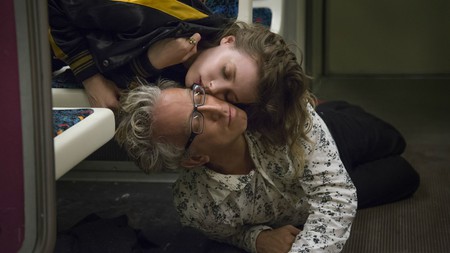 Mickey and Andy on the train | Courtesy of Netflix

The Magic Castle is a private magician’s club, but those who are not magically inclined can get in if they book a dinner reservation or receive an invite from a member. Illusionists of all kinds perform here nightly. Gus excitedly takes Mickey on a date to The Magic Castle, but she doesn’t enjoy herself and takes offense at the Castle’s dress code. The dress code is not made up for the show. Guests must dress up if they want to enjoy the ambiance of the Castle. 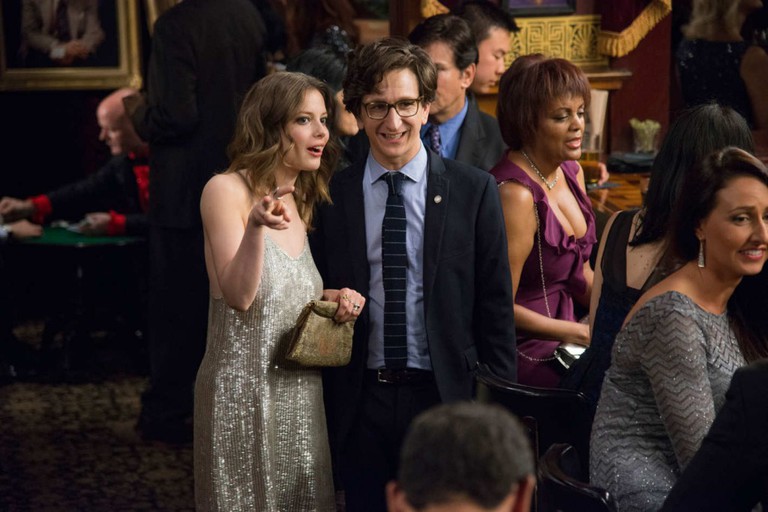 Gus and Mickey at The Magic Castle | Courtesy of Netflix

Going out for Korean BBQ is a pretty standard late-night L.A. thing to do. After offending all her friends at a house party by tricking the couples into bickering, Mickey decides to go out to eat alone. Gus, meanwhile, has an awkward encounter at a bar and decides to text Mickey. She invites him to join her for dinner, and the two meet up at Soot Bull Jeep for some bulgogi. Soot Bull Jeep is located in Koreatown at 8th and Catalina, right where Mickey says it is in her text. 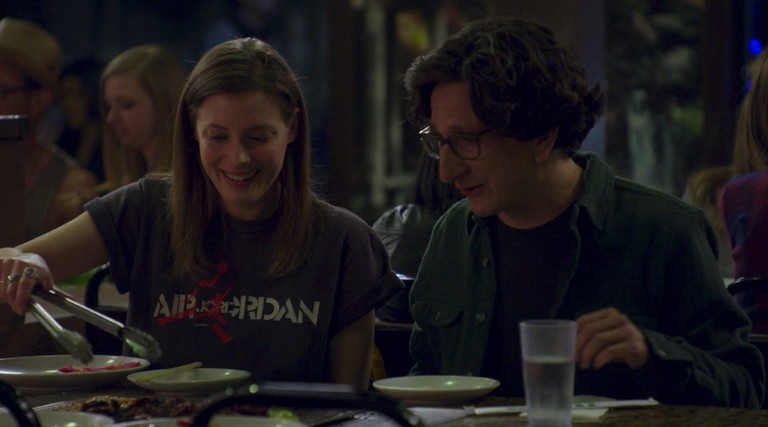 In “A Day”, Gus and Mickey spend a lazy day together the way an ordinary Los Angeles couple might. They begin by going out for brunch, choosing Home in Los Feliz. Home is best known for its spacious outdoor patio. 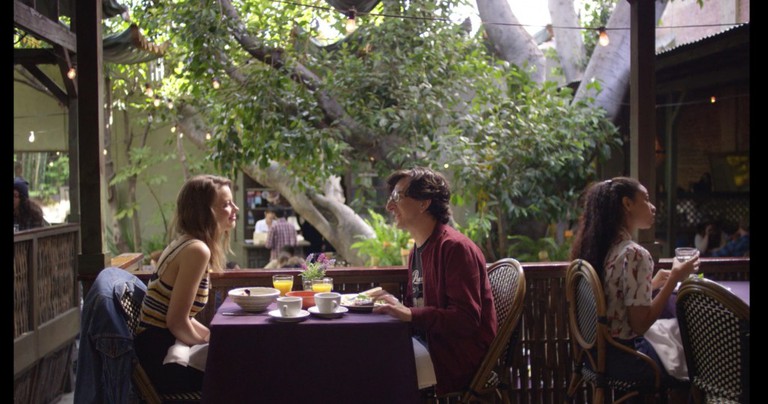 Gus and Mickey enjoy brunch at Home | Courtesy of Netflix 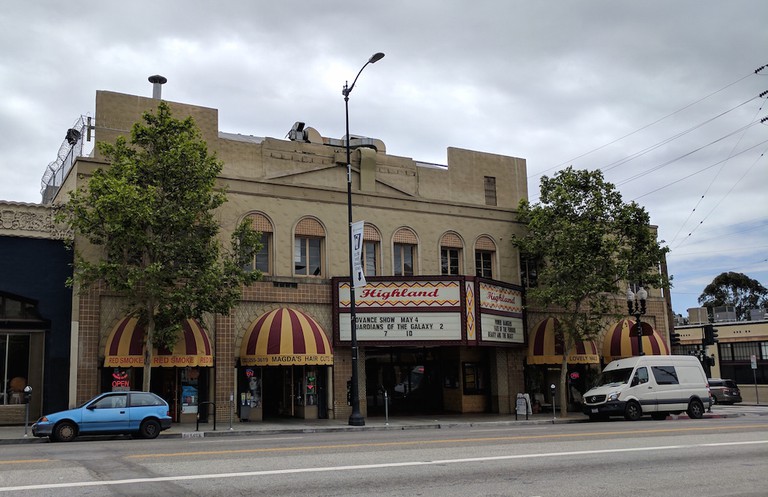 Highland Theater | ©Juliet Bennett Rylah
After brunch at Home, Gus and Mickey catch a movie at Highland Theater. This decades-old movie theater only shows three movies at a time, but it’s one of the cheapest places in town to catch a first-run flick. Tickets are only $9 for adults, and on Tuesdays and Wednesdays, all seats and all ages are $5.
Open In Google Maps
5604 North Figueroa Street, Highland Park, Los Angeles, California, 90042, USA
+13232566383
Visit Website
Give us feedback

Gus and Mickey later drive all the way from Highland Park to Venice, which is something only two people in a fun, new relationship would do. They stroll along the Venice Canals, poke around a surf shop and hang out on the beach. 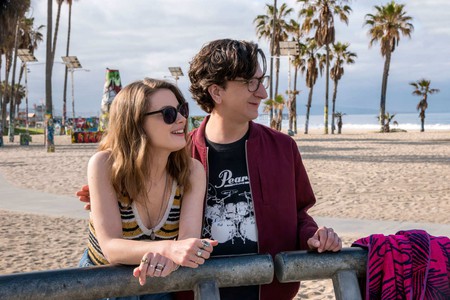 Gus and Mickey at the beach | Courtesy of Netflix

When Mickey’s father Marty comes to visit, Mickey and Gus take him out for a meal at Tara’s Himalayan Cuisine. It’s an uncomfortable scene, in which Marty flirts with the waitress and tells a painful story from Mickey’s childhood. He calls the samosas a bit bland, but real-life diners at Tara’s seem to disagree. 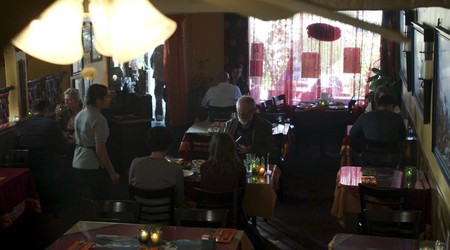 Tara’s Himalayan Cuisine | Courtesy of Netflix
Give us feedback