A Runner’s Guide To San Francisco 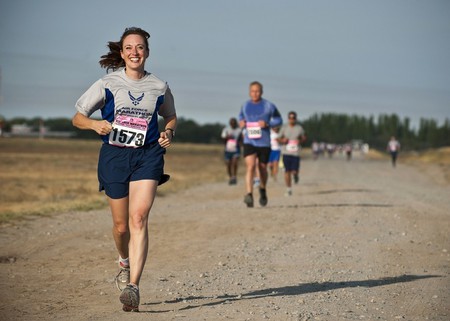 San Francisco may be known for its busy streets and (at times) its traffic, but amidst the skyscrapers and cement, there is some truly gorgeous scenery. From the Golden Gate Bridge to the Palace of Fine Arts, there are countless options for people to get out and use their two feet to go for a jog or run through the city.

Shoes tied. Laces tightened. Ready to go. There is a slight breeze rolling off of the bay, but the sun is beaming nevertheless. Let’s start by the icon of the city: the Golden Gate Bridge. The Golden Gate Promenade has a near five-mile trail to follow. It is mostly flat, and completely beautiful, especially when the sun is out. Runners will pass a salt marsh, the old coast guard station, and plenty of tourists — most likely filling up their Instagram accounts with plenty of picturesque landscapes. What’s great about this area is that because it is flat, runners can also bring pets along and even opt for heading across the Bridge or taking the path towards Crissy Field. Plus they will have a view not only of blue waters, but also of windsurfers, sun bathers, and probably a few bicyclists as well. 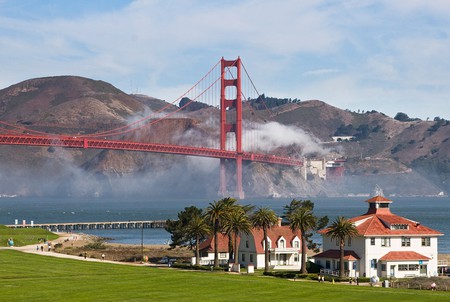 For another perfectly flat run with idyllic surroundings, no one can go wrong by taking a jog along the Embarcadero. It is great for shorter runs, and AT&T Park, Pier 39, and Fisherman’s Wharf can be found along the way. There is also Ghirardelli Square, but that might tempt even the most dedicated runner. However, while this area is picturesque, plenty of tourists also recognize that, so serious runners should take this route during off-hours to avoid having to zigzag or slow down the pace. Perhaps one of the biggest upsides to lacing up to tackle the Embarcadero is that there is plenty to do once a run is completed. Again, there is no shortage of restaurants, shops, and plenty of places to grab a post-workout meal.
Particularly for runners that are visiting San Francisco from out of town, a route through Golden Gate Park is a must. Plus, runners here won’t necessarily be stopped on the trails — barring massive events such as Outside Lands. Throughout the park there are various options for flat routes or the choice to include some elevation, but all in all, the hills throughout Golden Gate Park are fairly moderate and there is also plenty of shade, alleviating any worry of heat exhaustion. And if we want to talk about scenery, nothing gets much better than rounding off a run with plenty of colorful flowers, including those in the Japanese tea gardens, the rose gardens, and the botanical gardens. Golden Gate Park is very safe for individual runners, and can also be topped off with sites such as the California Academy of Sciences and the de Young Museum.
Lastly, runners who are looking to be uninterrupted with an ‘actual’ running trail should hit the pavement around the loop at Lake Merced. With a route that is just under five miles, Lake Merced is also the place for runners training for races and various marathons. For the most part, the loop is flat, and is encompassed by plenty of greenery. At certain times throughout the day the loop can also be fairly quiet, making for a peaceful run or jog. 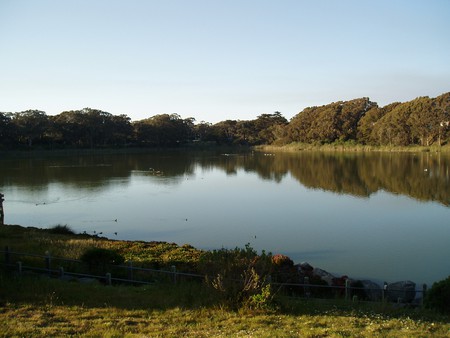 Whether in downtown or on the outskirts of the city, those that love their cardio can always find a scenic spot to run, and what’s more is that San Francisco has something for every type of runner.