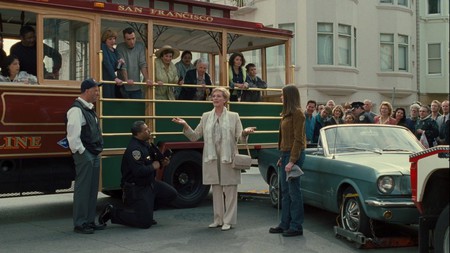 Queen Clarrise gets out of a traffic ticket | © Walt Disney Studios

In 2001, Mia Thermopolis (Anne Hathaway) took us on a journey in The Princess Diaries after finding out she was the heir to the Genovian throne. The film’s shooting took place in multiple cities ranging from California to the U.K.; however, the story took place in San Francisco. Many of The Princess Diaries scenes were filmed in the City by the Bay, some of them are among the film’s most notable.

Mia and her free-spirited mom Helen (Caroline Goodall) live in an old firehouse in the southern part of the city. The abandoned building turned home also served as Mia’s mom’s artist studio. The real out-of-commission fire station building is at 724 Brazil Avenue at Athens Street in the Excelsior District. It opened in 1911 for Engine Company 43, who fought San Francisco fires until shutting down and being sold at auction in 1976. Sometime after being auctioned off, it was converted to a private residence. In 2014, Mia Thermopolis’ home was put back up for sale, with the asking price of $2.6 million. 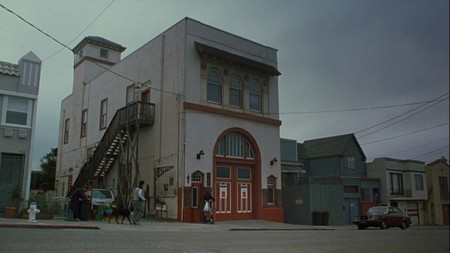 When Queen Clarisse (Julie Andrews) and Mia decide to play hooky from Mia’s princess lessons, the two take off into the city. One of their destinations is a vintage penny arcade and museum. The spot was tucked away in the old Cliff House’s basement at 1090 Point Lobos Avenue. A few years after filming, the museum and arcade relocated to Fisherman’s Wharf, where it is now lovingly known as the Musee Mecanique. 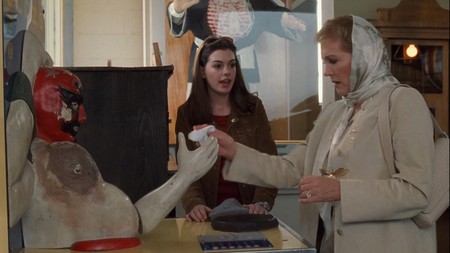 Mia frequents the home of her best friend Lily (Heather Matarazzo) and musician love-interest Michael (Robert Schwartzman). The home is Phoenix Terrace, between Jones and Taylor Streets, on Pacific Avenue. One of the scenes featuring the house shows Mia’s interest in Michael—when she sends the sweet (in more ways than one) candied-inscribed “sorry” pizza to him just before the Genovian Independence Day Ball. 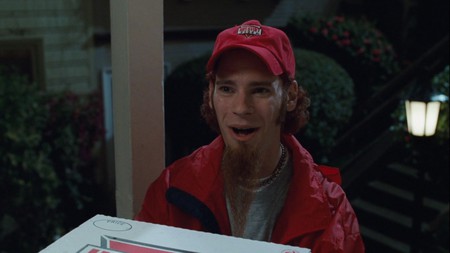 Mia, her friends, and her bullies all attended Anthony R. Grove High School. Scenes happening on the campus took place in Los Angeles, while the surrounding grounds and rooftop basketball court where Mia and Lily both fight and reconcile is in the Marina District. Most of the filming happened on private property either in or around 2601 Lyon Street. At only three blocks away from the Lyon Street Steps, a walk from the supposed Anthony R. Grove High School to one San Francisco’s easily recognizable sites would barely break a sweat. The same can’t be said for the opening scene of Mia and Lily riding off to school on their scooters; it’s a six-mile ride one way from Mia’s firehouse apartment on Brazil Avenue to the high school’s Lyon Street site. 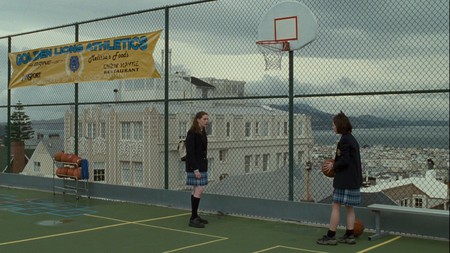 Mia and Lily work out their argument | © Walt Disney Studios

While perched on a headland overlooking the Bay, Queen Clarisse bites into a hot dog for the very first time in her life. This scene coincides with the penny arcade and museum shots. Mia and Clarisse take a breath from their arcade play time to exchange heartfelt moments, going over family history, particularly Mia’s deceased father. The penny arcade scene was filmed inside of San Francisco’s Cliff House restaurant, but the sincere words and comic relief were filmed outside, in front of the waterfront views. The headland overlooks the cliffs north of Ocean Beach as well as the Sutro Bath ruins. 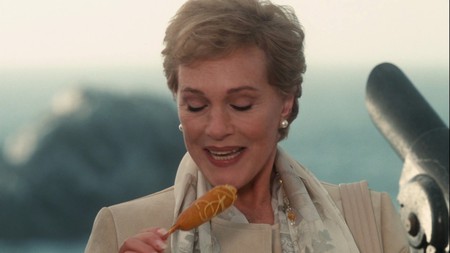 Probably one of the more memorable scenes in The Princess Diaries is when a seemingly harmless drive through the city goes wrong. After Mia and Clarisse ascend halfway up one of San Francisco’s Russian Hills inclines, Mia’s rundown Mustang dies, sending Mia and Clarisse sliding back down the hill. The Mustang crashes into a passing by cable car. Because of how the scene plays out, the film shows the accident happen at the intersection of Rose and Branch.

To ease tensions, Queen Clarisse pretends to knight the responding police officer into the “Genovian Order of the Rose,” a name she quickly thinks of because of the street signs. In reality, this intersection was Taylor and Broadway Streets. The Princess Diaries wasn’t the last these street corners saw of a camera crew. Popular TV shows like Monk featured the Taylor and Broadway intersection during San Francisco scenes.