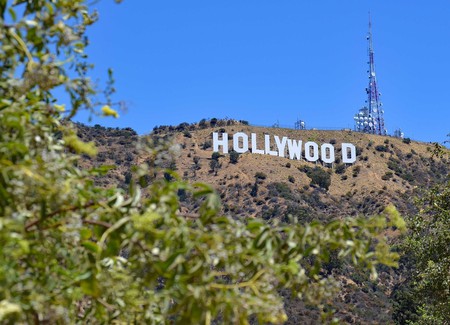 Did you really visit LA if you don’t have a selfie with the Hollywood sign to prove it? This potential new aerial tram could be the answer to all future images of the iconic Hollywood sign.

Like Paris’ Eiffel Tower and New York City’s Statue of Liberty, the Hollywood sign is a Los Angeles institution. But unlike other famed landmarks, access to the giant white letters hasn’t been streamlined for tourists—at least not yet. In the latest move to improve traffic to the sign, Warner Bros has proposed building an aerial tram called the Hollywood Skyway.

Given its location, the Warner Bros studio property in Burbank offers one of the most direct routes to the back of the sign. Their proposed tram ride would be about six minutes long and bring tourists up the back of Mount Lee to a visitor center. Trails would then lead visitors to a viewing area of the iconic letters.

The project is estimated to cost $100 million, with Warner Bros saying they would fund the design, construction, and operation of the tram. If approved, it would take about five years to build.

The Hollywood sign was first built in 1923 to advertise a new residential community called Hollywoodland. By the 1970s, the sign was in a state of disarray and a group of citizens, including Hugh Hefner, rallied together to restore and preserve it.

Since then, the sign only grew in popularity. With guest appearances in some of the most notorious LA-based films, tourists drive and hike through the surrounding residential areas to get the best selfies with the famed letters in the background. But the nearby neighborhoods have hilly, narrow roads, and residents have long complained about the increased traffic and parking problems created by an influx of tourists. Ride-sharing apps and navigation services like Waze have only worsened the problem.

In recent years, the city has tried different measures to control the crowds and appease the neighbors, such as blocking off the streets to non-residents on weekends and running buses to the nearby Griffith Observatory.

Any proposed project for the area requires a lengthy vetting process before being implemented. One of the main concerns when it comes to the aerial tram is the environmental impact it would have on the surrounding area.

“There’s going to be a lot of people pushing for the tram for the relief it will provide the local residents,” Gerry Hans, a board member for the nonprofit group Friends of Griffith Park, told The Los Angeles Times. “But at the same time, there are going to be people wanting to preserve Griffith Park for the great urban wilderness it is.”

This also isn’t the first proposal for an aerial tour to the Hollywood sign. Last year, Diane von Furstenberg’s son announced he wanted to fund a gondola that would bring tourists from the LA Zoo to the sign.