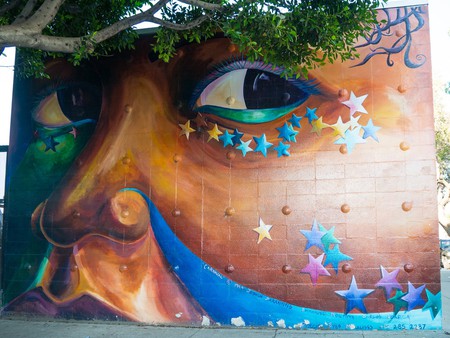 The streets and alleyways running through San Francisco’s Mission District are an outdoor art gallery covered in vibrant murals. In the 1970s, local artists took to the streets, coating walls and fences down with works of art. That tradition of covering the Mission District with murals continues on to this day.

Although San Francisco has over 1,000 murals painted throughout the city, the Mission District boasts the largest concentration and the most varietal murals, ranging from social movement depictions, mosaics, artistic renditions, political statement interpretations, and even through to pieces with 3D elements. Mission District’s murals are a pillar of San Francisco’s art culture and community.

The best place to start navigating through Mission District’s murals is outside Precita Eyes Muralists. Beginning along 24th Street, the thoroughfare makes for an easy stroll past skillfully-painted spots throughout the neighborhood. 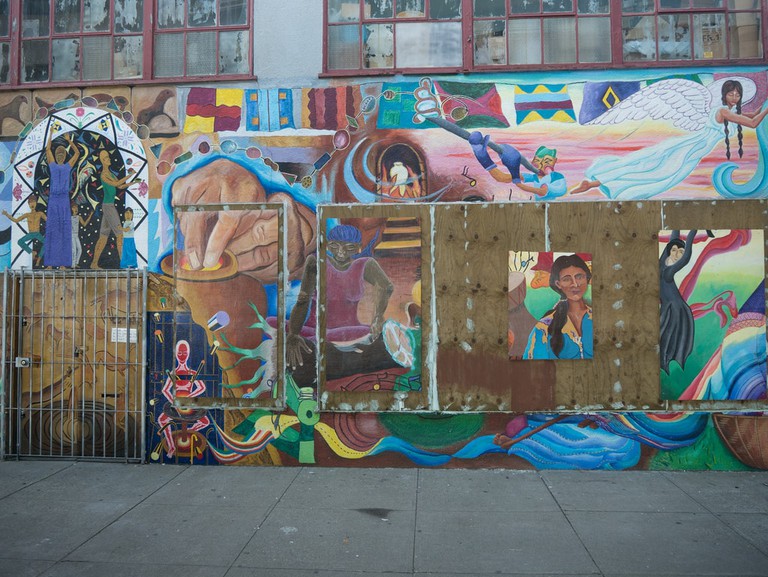 Precita Eyes Muralists is the place to dive into the stories behind Mission District’s murals. The community-run, non-profit works with local artists that wish to showcase their murals and creative contributions to the city’s street art. Precita Eyes Muralists offer guided and self-guided tours that speak on the place murals have in the community and their history. For about four decades, this art center’s commitment to collaborating with the artistic people of the neighborhood grants people of the Mission District exposure to culture, history, and unity.

By following 24th Street, you’ll arrive at South Van Ness Avenue, to a mural that’s enriched the lives of longtime locals for an entire generation. The painting of the Carnaval Mural took place in 1983, in honor of the very first San Francisco Carnaval festival in 1979. After 300 colorfully-dressed drummers and dancers wound their way down Van Ness Avenue—around Precita Park in the Mission District—it became an honored parade and event.

That first Carnaval led to it being one of the biggest and most diverse carnival parades in the country. Muralist Daniel Galvez joined local artists Dan Fontes, Keith Sklar, Jaime Morgan, Eduardo Pineda and Jean Shield in 1983 to recreate the unforgettable energy and capture the diverse spirit of the first event. Referred to as the “Golden Dreams of the Mission,” the 24-foot-high, 75-foot-wide mural is located just above the House of Brakes.

Staying on 24th Street through 25th and between various Treat and Harrison Street locations is Balmy Alley. Painted walls and murals started popping up along Balmy Alley in the mid-80s when civil rights and other political turmoil plagued the streets all over America. This alley’s political art theme carried on through the decades and now, mural themes cover issues like gentrification, human rights, and Hurricane Katrina. Much of Balmy Alley’s art takes on heavy South American and Latino influence and style. New details to original pieces or entirely new murals are constantly added to the Balmy Alley collection. 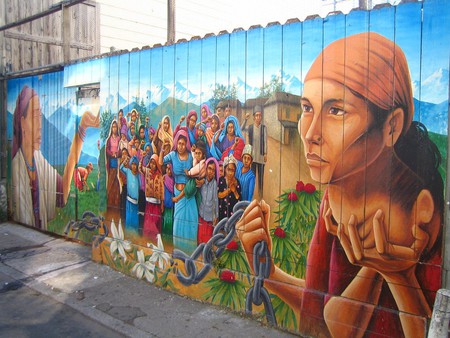 A few blocks north of Balmy, between Mission and Valencia Street, Clarion Alley marks the next stop on a Mission mural exploration. This art-drenched side-street is the inspired result of Balmy Alley. After paintings and works of social injustices in Balmy were taken notice of by the community, local businesses started asking around for street artists to paint their exterior walls. Many of the murals are the result of the Clarion Alley Mural Project. Established in 1992, The Project is responsible for 150 murals in Clarion Alley. The Project throws an annual Block Party to premiere fresh additions, play live music, and showcase new films. A similar theme of politics and government issues line Clarion Alley, just as it does Balmy, although each one possesses a distinct style of its own. Today the Mission District strives to support and continue to produce engaging and innovative public art in the community. 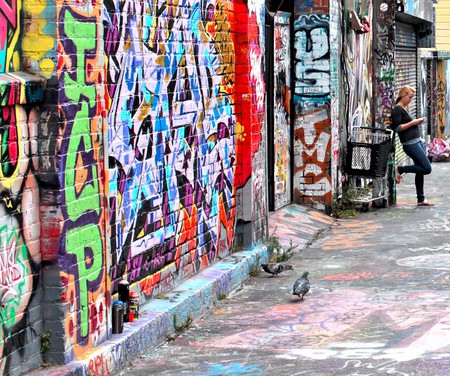 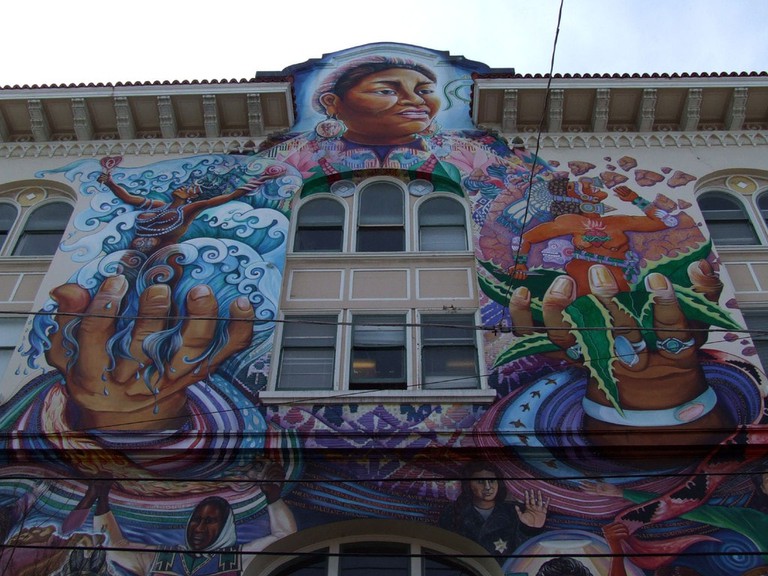 The Women’s Building’s MaestraPeace Mural is recognized around the world. Painted in 1994 on the outside of this women-led arts and education community center, this mural made a statement against gender inequality and social injustice through art expression. The vibrant and bold painting spans two walls of the buildings, created by a collaboration of seven female artists of different ages and backgrounds—Edythe Boone, Miranda Bergman, Yvonne Littleton, Meera Desai, Juana Alicia, Susan Kelk Cervantes, and Irene Perez. The piece, titled “Women’s Wisdom Through Time,” is of women in history that have contributed to human rights in some way or another. It is a piece that’s been honored for nearly 25 years by Mission District natives, San Francisco locals, and international visitors.

Together, the Mission District has around 600 murals in the neighborhood. One of the best ways to see these murals is on foot. Not having to bother with San Francisco traffic means being able to fully appreciate the work. These murals have graced the city streets for years, allowing people to discover all of the social statements and artistic narratives this colorful district has to express.