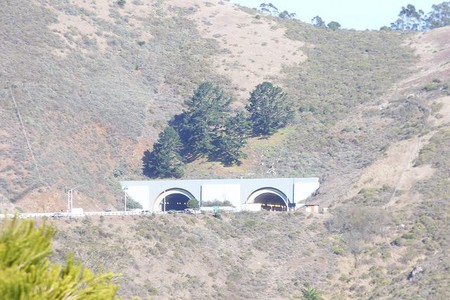 To the rest of the world, Robin Williams was a comedic titan, a tangle of energy personified, and a notorious Academy Award winner. To the people of the Bay Area, though, he was a neighbor, generous local legend, and one of their own.

When Williams committed suicide in 2014, he left behind a legacy of classic movies and on-screen moments. His impact on San Francisco and the surrounding area—his longtime home—was more tangible. Williams’s adopted hometown played a big role in his life and it played a big role in the documentary Robin Williams: Come Inside My Mind when it premiered at the Sundance Film Festival earlier this year.

Ahead of the film debut on HBO in the coming months, here’s a preview of a few places around the Bay where Williams’ spirit lives on.

The stretch of subterranean road that links San Francisco with Marin County is lined in rainbow paint. Once known as the Waldo Tunnel, it was officially renamed Robin Williams Tunnel back in 2015 following a Change.org petition to honor the late comedian. The effort garnered major support, as Williams lived just north of the tunnel in Tiburon. The rainbows decorating the entrance were there before Williams’s passing, but many point out that they’re a fitting memorial—both because his famous character Mork of Mork and Mindy wore rainbow suspenders, and because the bright colors represent Williams’s one-of-a-kind zeal.

Though born in Chicago prior to spending some childhood years in Michigan, Williams and his family moved to the Marin County enclave of Tiburon, overlooking the Bay, when he was 16. He went to high school in nearby Larkspur, and attended both Claremont Men’s College and College of Marin community college before heading east for Juilliard. At the end of his life, he opted to skip the Hollywood scene and lived in Tiburon with his family as well. His neighbors there knew him as quiet, humble, and, of course, funny.

The house at the corner of Broadway and Steiner Street in San Francisco’s Pacific Heights neighborhood quickly became a makeshift memorial for Williams following his death. But, the stately Victorian was a destination for visitors and Williams’ fans for years beforehand—Mrs. Doubtfire, Williams’ 1993 family classic, was shot there. At the time of Williams’s passing—when mountains of stuffed animals, bouquets of roses, and cards from fans piled the sidewalk outside—the then-homeowner told news outlets he wouldn’t move the tributes out of respect for the actor. The four-bedroom house sold in 2016 for $4.5 million. 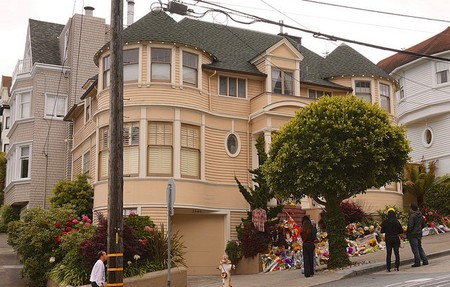 Tributes to the late Robin Williams pile up outside the “Mrs. Doubtfire” house in San Francisco | © Ted Eytan / Flickr

The bike shops of Marin County

Williams once said that after his drug-fueled younger days in the ’70s, cycling saved his life. Accordingly, he was often spotted around Marin County on one of his many bikes in his later years or visiting one of his favorite bike shops, like Tam Bikes in Mill Valley or San Anselmo’s 3 Ring Cycles. Several stories circulated after his death about Bay Area bike shops he’d helped or offered to help financially. His collection of bikes was also notable, and he often auctioned them off for charity.

Not only did Williams grow up in the Bay Area, he kicked off his comedy career there. He also served as a big-time backer of the annual Comedy Day showcase for up-and-coming comedians, held for 25 years on a grassy field in Golden Gate Park. The area was previously known as Sharon Meadow (after park benefactor and U.S. senator William Sharon) but only because the meadow sits next to the park department’s Sharon Building. Now, thanks to a popular campaign led by Comedy Day’s organizers, the space is named for Williams as a way to honor his memory and thank him for his years of local support. 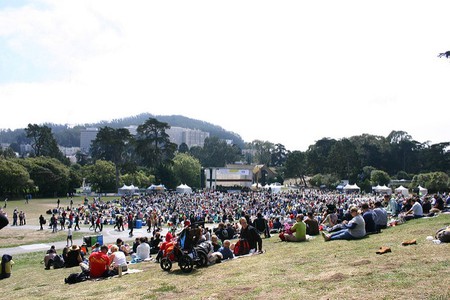