A History of the Hollywood Walk of Fame in One Minute 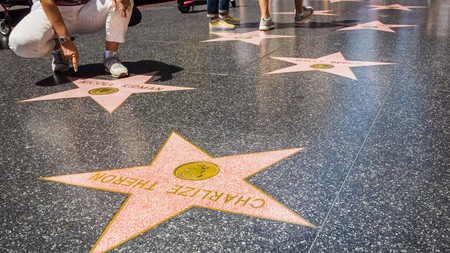 The Hollywood Walk of Fame is a destination for dreamers around the globe. The famous stretch of sidewalk along Hollywood Boulevard symbolizes glamor, as it is marked with the names of the most successful actors, filmmakers, musicians and celebrities in history. As an icon of the Los Angeles entertainment industry, it’s no wonder fans come from far and wide to have a look.

The idea for the walk came from a Southern California artist, Oliver Weissmuller, who was hired to help renovate Hollywood and make it more attractive to visitors and locals alike. Construction began in 1958, and two years later, the walk officially opened. Stretching 18 blocks – about 1.3mi (2.1km) from east to west on Hollywood Boulevard and 0.4mi (600m) from north to south on the cross street of Vine – it makes for a fun and easy twenty-minute stroll with a few photos along the way.

The walk passes right outside Grauman’s Chinese Theatre, one of the most lavish cinemas in motion picture history, where the young handprints and signatures of the Harry Potter cast can be seen along with those of classic movie stars, such as Frank Sinatra, Clark Gable and Julie Andrews. Stars have to pay a hefty fee of $50,000 to accept their nomination from the Hollywood Chamber of Commerce, after which they get to bring home a placard with their name on it and a replica of their star. 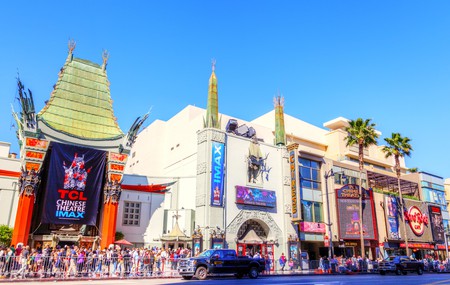 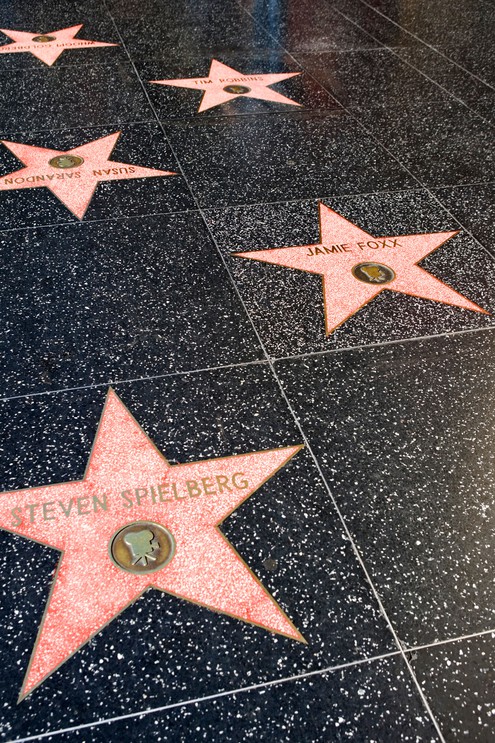 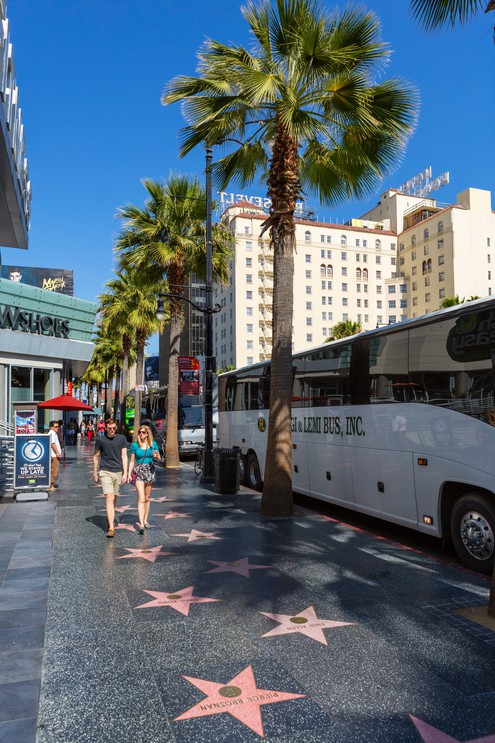 The first star to permanently grace the sidewalks was director Stanley Kramer’s, and since then, names ranging from Tom Hanks to Michael Jackson and Meryl Streep to Marilyn Monroe have taken their place alongside him. The one star that is not actually placed on the sidewalk, but instead set on the wall of the Kodak Theater, belongs to boxing champion, Muhammad Ali. The heavyweight hero requested this for religious reasons – he did not want the name Muhammad to be trampled over. With him included, a total of over 2,700 names form this legendary roll call, with many more to come.

Interested in seeing the star-studded strip for yourself? Plan a stay at one of the best hotels near the Hollywood Bowl, the Port of Los Angeles or the city’s International Airport, bookable on Culture Trip.