A History of California's Deadliest Mudslides 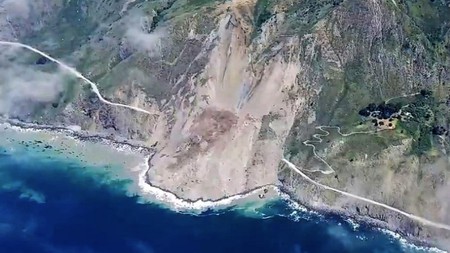 Most of the time, when people think of California and natural disasters, earthquakes quickly come to mind. However, there’s another tragic occurrence of nature that’s loomed over the West Coast state throughout much of its history—mudslides. These disasters occur in California mainly because of intense rainfall, but other natural disasters, such as earthquakes, can trigger landslides. An estimated 25-50 people in the U.S. are killed by these slides every year, according to The U.S. Geological Survey.

Scientifically referred to as debris flows, what is commonly known as mudslides happen after heavy rains pound and loosen soil on steep hillsides. When that earth starts to liquify into mud, the weight of it all results in gravity pushing the land down steep slopes at alarming speeds. The onslaught of mud hurling itself down mountains and hills takes nearly anything with it. Vegetation, trash, and other debris (hence the name “debris flows”), trees, and sadly, people, are often no match for these severe mudslides. According to a study done by the U.S. Geological Survey, debris flows can reach speeds up to 35 miles per hour. 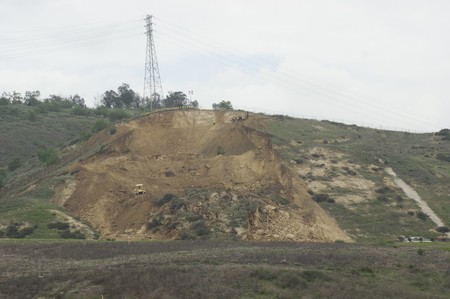 Whether in Northern or Southern California, all mudslides require is dirt, water, and a slope of some sort—elements that don’t mainly adhere to a single part of the state. California’s fickle relationship with rain and water led to its most recent drought from 2011 to 2017. And with no regular rainfall falling to slowly sweep away the build-up of dirt, plants, and other debris, it all clung to the hills. During that time, little to no rain came to California and everything that gathered along hillsides and mountains stayed there, building thick walls of packed, dry dirt.

In March 2017, after six years of little to no rain, the California drought broke. The entire state experienced regular rain again, especially on the coast. That following May, the most significant landslide in state history struck Big Sur’s Mud Creek along the coastal Highway 1. An entire portion of the Big Sur mountainside—often the subject of picturesque California coast photos—swallowed the highway below it and everything else in its path. A destroyed bridge and other damages came out to an approximate $1 billion in destruction and no one was able to pass through the highway for the remainder of 2017.

Landslides haven’t plagued California only because of its on-again-off-again relationship with wet weather. California’s other history-making natural disasters play a hand in these debris flows as well. In 1906, a historic earthquake struck San Francisco and the surrounding Bay Area with a vigorous 7.9 seismic shake. Destruction and fires from the quake brought tragedy to the region, as did mudslides. After the ground settled in the early morning of April 18, 1906, numerous landslides were reported around the Bay Area, destroying countless homes and lives.

One of the most destructive slides from the quake happened in San Mateo County, about 40 miles south of San Francisco. At the time, the Ocean Shore Railroad company were in the middle of expanding a railway that took passengers from San Francisco to Santa Cruz. The construction was taking place at the ominously-named Devil’s Slide, where the workers left more than $1 million worth of equipment—all dragged off the mountainside into the sea because of a landslide triggered by the 1906 earthquake. Though not the direct cause, the loss resulting from the Devil’s Slide debris flow played a large role in why the railway never reached completion.

The fact that the railroad’s nixed expansion was over 100 years ago—a time of inferior technology and limited resources—doesn’t make it a direct influence on why the Devil’s Slide construction never continued. In fact, the 1906 disaster wasn’t the last time a mudslide remained “active” nor was it the final time repairs from the disaster couldn’t happen for various reasons. Just over ten years ago, in 2006, ruinous rainstorms and natural erosion caused a landslide in the Merced River Canyon outside Yosemite National Park that’s still considered active today—the Ferguson Slide. This debris flow caused so much damage in the canyon—blocking the primary road into the national park—that 12 years later, the central access to the park remains blocked. Anyone wishing to enter Yosemite National Park now has to drive across temporary bridges that navigate around the slide. 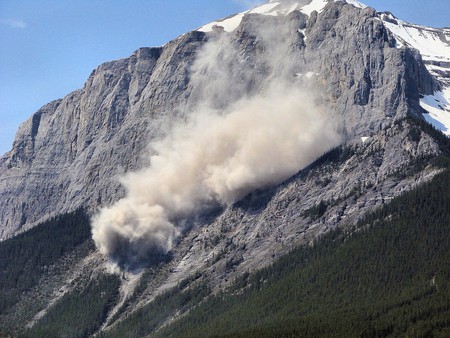 Despite the fact that many mudslides occur in more rural parts of California, that doesn’t mean that tragedy doesn’t strike hard when these natural disasters hit. For three days in 1982, landslides killed at least 25 people throughout the San Francisco Bay Area and ten more people lost their lives at Love Creek in the Santa Cruz Mountains. Floods throughout the state’s region swept away portions of mountains, hills, and slopes. Landslides struck multiple California counties, including Contra Costa and Sonoma Counties. Barely over 20 years later, the La Conchita mudslide struck Southern California’s town residents in 2005, killing ten people and destroying nearly 20 homes. 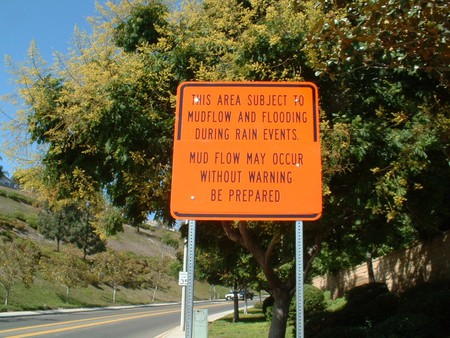 The most recent and deadly series of landslides in the state hit Southern California early in 2018—this time caused by past wildfires. Many slides that struck parts of Santa Barbara County have 21 reported deaths and over 160 people hospitalized. The disaster was brought on by a previous attack of wildfires that hit the area just one month before the slides. Throughout December, Southern California suffered a total of 29 wildfires, six of them flagged as deadly. When winds from Santa Ana fanned the fires across the region, 307,953 acres of Southern California burned, putting everything at risk of an ensuing landslide.

The risk of mudslides happening are much higher on recently charred land. Flames devour hillside vegetation and dig up remaining tree roots, leaving what the fires didn’t take with them susceptible to being swept away in a destructive landslide. 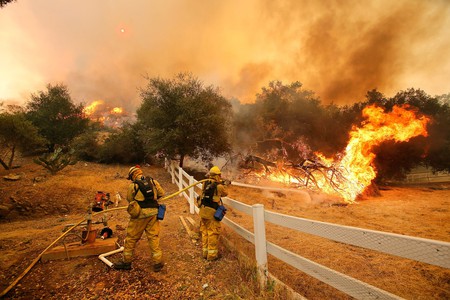 Just as Californians gathered arms against natural disasters like earthquakes and wildfires with public resources at hand about safety, insurance, and plans of action, the same conversation is finally happening over these landslides. New zoning and mapping laws are being proposed to state Legislature, demanding that areas prone to debris flow be mapped out so both current and potential residents can see if they are in a high-risk area or not. These proposals are still up for debate and there’s still plenty of precautionary information out there waiting to spread to Californians. 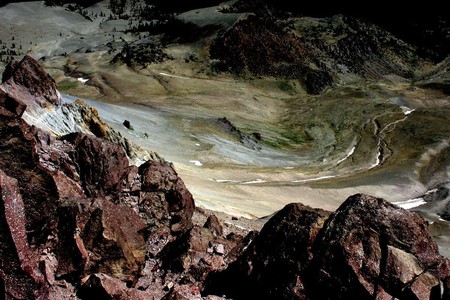