A Guide to Whale Watching in San Diego 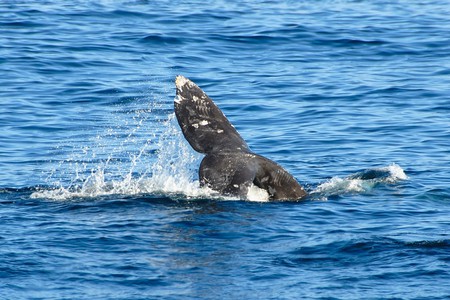 The waters off San Diego’s coast sit in the annual migratory paths of both gray and blue whales, making it an ideal place to go whale watching. The giant creatures can measure up to 100 feet (30.4 meters) in length, and viewing them in the wild is a humbling experience. Here are a few tips on when to go, where to go, and what to see so that you can get the most out of your whale-watching adventure.

Whale watching in San Diego happens almost year-round, but when you go determines which whales you’ll see. Winter and early spring (December to April) are the best times to observe gray whales. During those seasons, more than 20,000 of the behemoths travel a total of 10,000 miles (16,093.4 kilometers) as they journey from Alaska to Baja California and back again. The females give birth to their calves in the warmer waters of Baja. In the spring, they return north, and female gray whales can be spotted with their calves.

During the summer and fall (mid-June to September), blue whales feed on krill off San Diego’s shores. The largest animals on earth, they measure up to 100 feet (30.4 meters) in length. They are considered an endangered species, although the population off the coast of California shows signs of recovery. 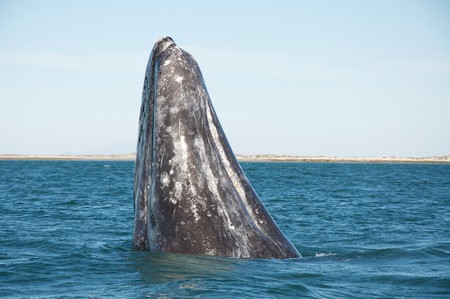 Those who prefer to stay on land can spot gray whales from several places in San Diego, including the Birch Aquarium, the Cabrillo National Monument, and the trails in Torrey Pines State Reserve. Shore whale-watchers should look for whale spouts in the ocean—they look like fountains of water on the sea’s surface, but are actually made from warm air from the whales’ blowholes as they breathe. After locating a whale by spotting its spout in the distance, a pair of binoculars is the best way to then observe the animals up-close.

A whale-watching boat tour offers a more intimate experience. Blue whales are also only visible from boats, as they prefer the open ocean and swim far out from the shore. The majority of tours in San Diego leave from the city’s downtown waterfront. There are dozens of cruises to pick from, but Flagship Cruises partners with the Birch Aquarium and has a naturalist on board for every tour to provide information on the animals. They also offer the option to go again for free if no whales are spotted on the trip.

In addition to gray and blue whales, humpback whales, fin whales, dolphins, and sea lions can be spotted while whale watching. When it comes to observing the whales themselves, here are a few common behaviors to look out for:

The end of a breach, a spout, and a fluke | © William Klos / Flickr

Spout: Also referred to as the whale’s blow, it’s the fountain-like shape formed from the warm air leaving a whale’s blowhole when it breathes. Different species make different-shaped spouts, and expert whale-watchers can tell which type of whale it is from the spout alone.

Breaching: This is when a whale jumps out of the water and crashes back down. Scientists still aren’t sure why exactly whales do this.

Fluking: Fluke is another name for a whale’s tail, and fluking is when a whale raises its tail vertically out of the water.