A Guide To Adolph Sutro's Legacy In San Francisco 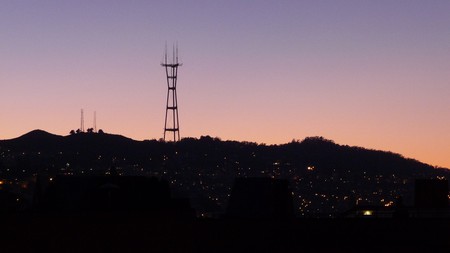 ‘Sutro’ will ring a bell to all San Franciscans thanks to a number of iconic locations bearing the name, but most aren’t aware of its origins. Adolph Sutro was the 24th mayor of San Francisco, living in the city for most of the late 1800s. The city’s first German-American Jewish mayor, he was a self-made millionaire known for designing Sutro Heights, the Cliff House, and the Sutro Baths. Read on to get familiar with the landmarks still bearing his name in San Francisco. 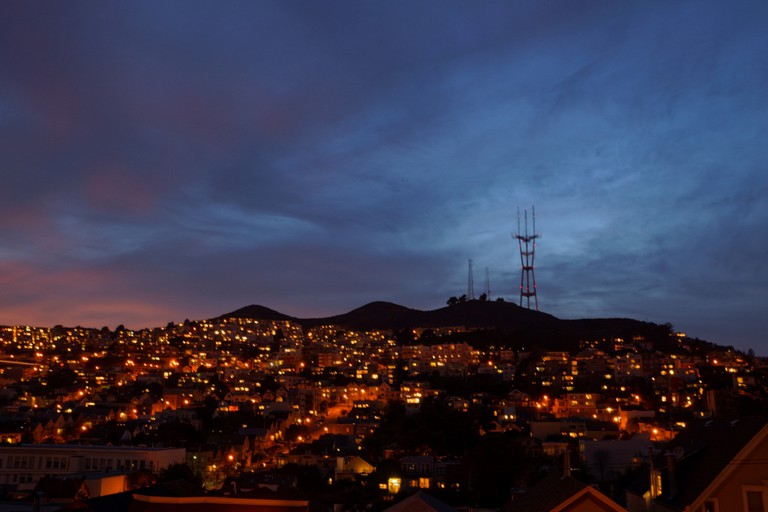 Sutro Tower | © trophygeek/Flickr
Perhaps the most famous remaining landmark of today is Sutro Tower. The tower rises over a hill between Twin Peaks and Mount Sutro, stretching up 977 feet high. The structure is a three-pronged TV and radio antenna, prominently featured in the city’s skyline. The tower was quite controversial at its construction, as San Francisco residents worried it would be a blight to the skyline. Regardless, it was decided that the spotty television reception in the city needed a solution, so the tower was built in 1973. Today, the tower’s antennas still send out signals for television, radio, transportation, and communication services. 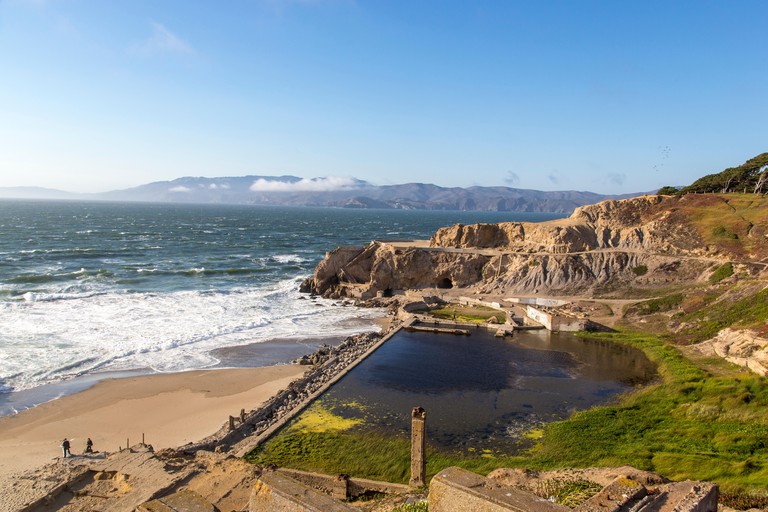 Ruins of the Sutro baths along the Pacific Oceans at Lands End in San Francisco, California, USA. | © Danita Delimont / Alamy Stock Photo
Another iconic spot bearing the name is the Sutro Baths. Located in the Lands End section of the Outer Richmond neighborhood, the Sutro Baths were once a magnificent public swimming pool complex. The ocean baths were designed by Adolph Sutro and built in 1896, but the structure burned down in 1966, leaving behind nothing but ruins. The ruins remain there today, a popular spot for locals to explore and appreciate their city’s history, protected within the Golden Gate National Recreation Area and the Sutro Historic District.

Originally named Mount Parnassus, Mount Sutro is a small mountain reaching up to 909 feet high. Owned by UCSF, a 61 acre section of the space falls within the Mount Sutro Open Space Reserve, open to the public. The mountain is filled with dense forestry known as Sutro Forest, most of which is made up of eucalyptus trees that were introduced to the environment. The forest is a popular spot for foggy, ethereal hiking experiences. UCSF has committed to maintaining the reserve for visitors to enjoy, preserving over one hundred years of natural history. 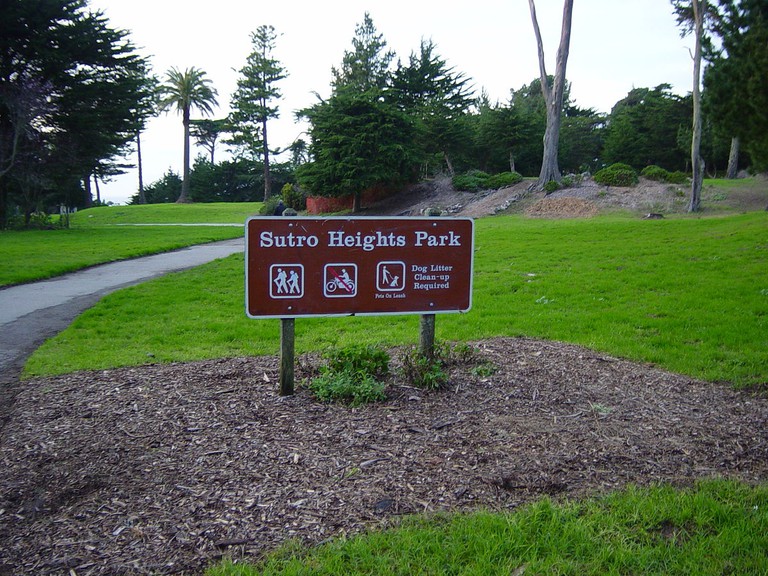 Sutro Heights Park | © Nz1845/Wikipedia
Sutro Heights Park is a public space in the Outer Richmond district, preserved within the Golden Gate National Recreation Area and the Sutro Historic District alongside the ruins of the Sutro Baths. The park is adjacent to the Cliff House and offers views of Seal Rocks, Ocean Beach, the Pacific Ocean, and the Golden Gate Bridge. When the park was originally established, it featured flower beds, forests, walkways, hedge mazes, and more. More land was donated to the City of San Francisco in 1938 by the Sutro family, which once included their family estate.

School
Facebook
Email
Twitter
Pinterest
Copy link
Share
Last but not least, Sutro Elementary School is a primary school named in honor of Adolph Sutro. The school prides itself on hosting a strong academic curriculum within a family-oriented atmosphere, embracing a diverse student population that offers everyone an equal opportunity to succeed. The school promotes a joyful environment, as well as prioritizing safety and teamwork. The curriculum emphasizes leadership opportunities, healthy community practices, language arts, visual and performing arts, math, science, and technology, and after school programs include homework club, piano, and choir classes.
Give us feedback