A Francophile’s Guide To Life In Los Angeles, USA 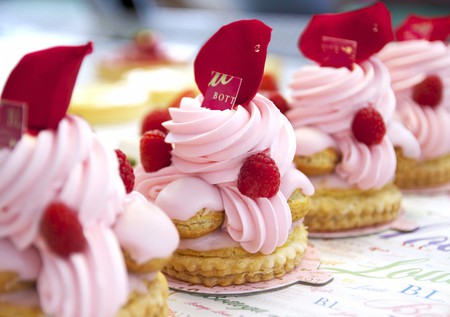 In the great melting pot of Los Angeles, the French have certainly made their mark, and there are aspects of French culture throughout this great city, ranging from the art scene to the food scene. For those in search of these simple French pleasures in Los Angeles, check out our guide to living as a Francophile in the City of Angels.

Cafe, Restaurant, Pastry Shop, Bakery, Market, Tea , American, $$$
Facebook
Email
Twitter
Pinterest
Copy link
Share
Map View
For those of us who appreciate a good croissant or pain au chocolat, it is agonizing to find comparable examples outside of Paris. A great croissant must have a crunchy outer shell yet still be perfectly moist within, and a slim piece of chocolate slipped into its buttery folds only makes things better. Huckleberry’s pain au chocolat is arguably the best in Los Angeles, so stop by this Santa Monica cafe for a delicious brunch or even just to pick up a few pastries and a foamy latte. If you’re feeling particularly Parisian, indulge in a salted caramel éclair as well.
Open In Google Maps
1014 Wilshire Boulevard, Downtown, Santa Monica, California, 90401, USA
+13104512311
Visit Website
Give us feedback 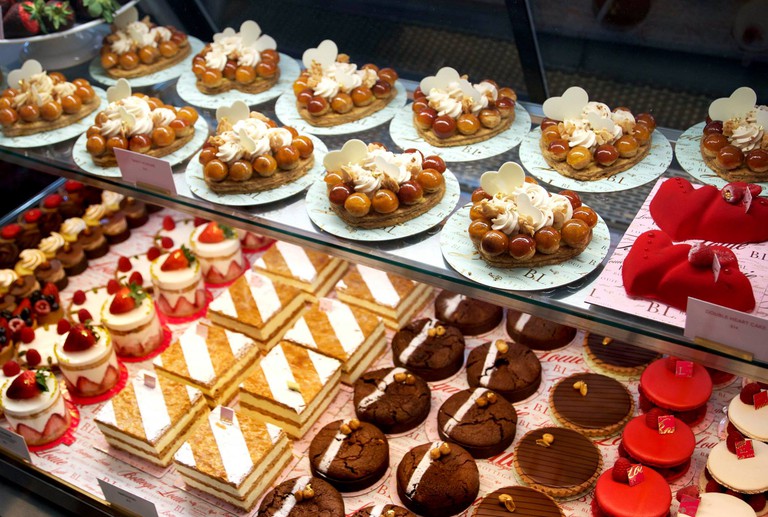 Bottega Louie, Los Angeles | Courtesy of Bottega Louie Restaurant and Gourmet Market
Bottega Louie is the image of decadence, with a beautiful white façade visible from blocks away. Upon entering the establishment, you’ll see a display of colorful macarons tempting patrons to indulge in a delicious almond treat. Bottega Louie features classic macaron flavors such as raspberry, coffee, and chocolate as well as unconventional flavors like earl grey, which is dusted with gold powder. Bottega Louie also offers a selection of artfully-constructed, non-macaron desserts, such as the Tarte aux Fraisesand the Saint Honoré.
Open In Google Maps
700 South Grand Avenue, Downtown Los Angeles, Los Angeles, California, 90017, USA
+12138021470
Visit Website
Give us feedback

The Getty Center: The Best Place to See French Art in LA

For the Francophile who truly appreciates art and culture, head to the Getty before May to see their exhibit ‘Woven Gold,’ which features Louis XIV’s royal collection of tapestries. The tapestries have been artfully woven by hand using silk, wool, and metal-wrapped thread, giving them impressive dimension and detail. The exhibit is a true testament to the extravagance of the Sun King’s empire. The Getty also boasts an extensive permanent collection that includes classic works from many renowned French artists such as Cezanne and Renoir.
Open In Google Maps
1200 Getty Center Drive, Brentwood, Los Angeles, California, 90049, USA
+13104407300
Visit Website
Give us feedback

The Cheese Store of Silverlake: The Best Artisanal Cheese in LA

Cheesemonger, American, $$$
Facebook
Email
Twitter
Pinterest
Copy link
Share
Map View
The Cheese Store of Silverlake offers about 300 cheeses throughout the seasons as well as a fine collection of charcuterie, bread, wine, and sweet treats. While the Store offers products from throughout Europe, France is unsurprisingly well-represented on their cheese menu. The staff at the Cheese Store is very friendly, and their passion for cheese and other fine foods is evident. Stop by the Cheese Store to pick up snacks for a picnic, or if you want to learn more, you can participate in one of their monthly cheese classes to learn more about cheese production and wine and beer pairings.
Open In Google Maps
3926 Sunset Boulevard, Los Angeles, California, 90029, USA
+13236447511
Give us feedback

Where To Find The Best French Music in LA

Whether you are interested in French classical or modern music, there are several opportunities to experience French musical talent in Southern California this year. Jean-Yves Thibaudet, a French pianist, will be performing with the Los Angeles Philharmonic at the Walt Disney Concert Hall on April 29th and 30th. Thibaudet is renowned for his ability to compose extremely technically advanced pieces that remain poetic, and he has been featured on several movie soundtracks, including Pride & Prejudice and Atonement. Besides classical music, modern French artists will be well represented at Coachella in April. Christine and the Queens, who sing in both French and English, will be performing at the festival, as will Ibeyi, a musical duo of French-Cuban sisters. Check out ‘Saint Claude’ by Christine and the Queens and ‘River’ by Ibeyi.

The Little Door: The Best French Cafe in LA

The Little Door, with locations in West Hollywood and Santa Monica, is a quintessential French cafe with charm to spare. French cuisine is highly traditional, yet the kitchen at Little Door creates amazing and unique interpretations of classic French cuisine. Try the duo of duck breast and leg confit served with blood orange marmalade and pistachios or the pine nut and rosemary crusted rack of lamb with a sauce made of madeira, roasted garlic, and goat cheese. The atmosphere at Little Door is always bustling and welcoming, just like a lively Parisian cafe. 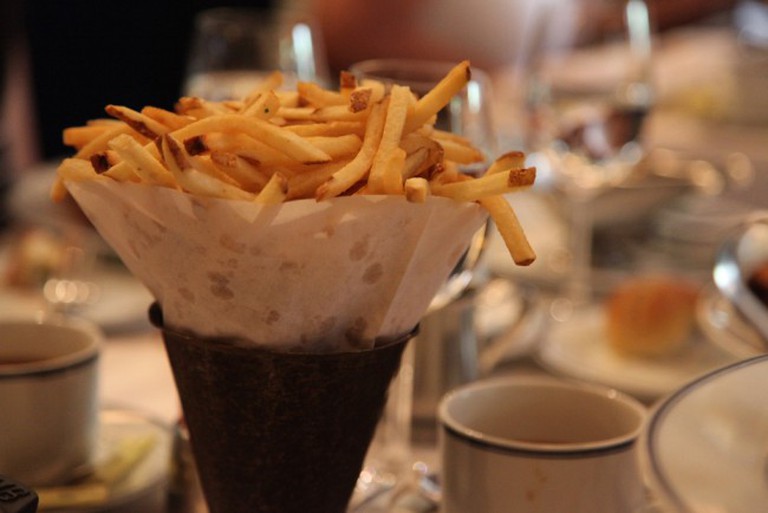 Bouchon French Fries | Flickr/Sonny Abesamis
This Thomas Keller restaurant originated in the Napa Valley, but has seen immense success over the years and now has locations in New York and Las Vegas. Los Angeles is also lucky enough to have a Bouchon Bistro and Bakery. The pastries and macarons at the Bakery rival that of Bottega Louie, but Bouchon Bistro is also known for their classic interpretations of dishes such as steak frites and coq au vin. Bouchon’s french fries also have a reputation of their own, made using the twice-fried technique, these delicious frites maintain a light, fluffy texture that makes them unforgettable.
Open In Google Maps
Ground & 2nd, 235 N. Canon Drive, Beverly Hills, California, 90210, USA
+13102719910
Give us feedback

Shop
Facebook
Email
Twitter
Pinterest
Copy link
Share
Map View
Du Vin has the feel of a local wine shop, but its selection is anything but local. Located in West Hollywood, this quaint wine shop caters to lovers of European wine and liquor. They have a great selection of French wines and place a particular emphasis on those from the Bordeaux region. The owners of the shop are very knowledgeable and willing to help customers find the perfect bottle of wine for any occasion.
Open In Google Maps
540 North San Vicente Boulevard, Central LA, West Hollywood, California, 90048, USA
+13108551161
Visit Website
Give us feedback

La Brea Bakery has been quite literally winning awards for their French bread since the 1990s. While the bakery has expanded across the country since then, they continue to produce high quality breads and have only expanded their selection over the years. They offer traditional French baguettes and sourdough baguettes as well as flavored loaves like olive and pecan raisin. Stop by their location on La Brea Avenue to pick up a few baguettes, or eat in at the La Brea Cafe to enjoy a classic club sandwich or a comforting roasted tomato bisque. 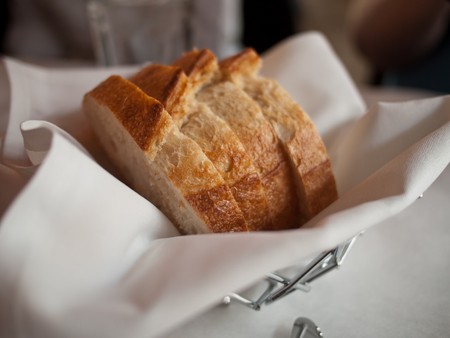