How To Spend a Day in Downtown Los Angeles

As a busy neighborhood that stretches for miles, Downtown Los Angeles is overflowing with major city landmarks, award-winning restaurants and century-old bars. Narrowing down the must-see places is essential for a wondrous day in LA’s busiest neighborhood.

Framed by skyscrapers at record-breaking heights, rows of historic theaters and an ever-expanding number of the city’s best restaurants, Los Angeles’s most walkable neighborhood is Downtown LA. DTLA grew from derelict to chic within a decade, merging the city’s population of old architecture with young residents and emerging establishments. This LA area is made up of many unique districts and neighborhoods, including the colorful Arts District and the historic charm of Pershing Square. 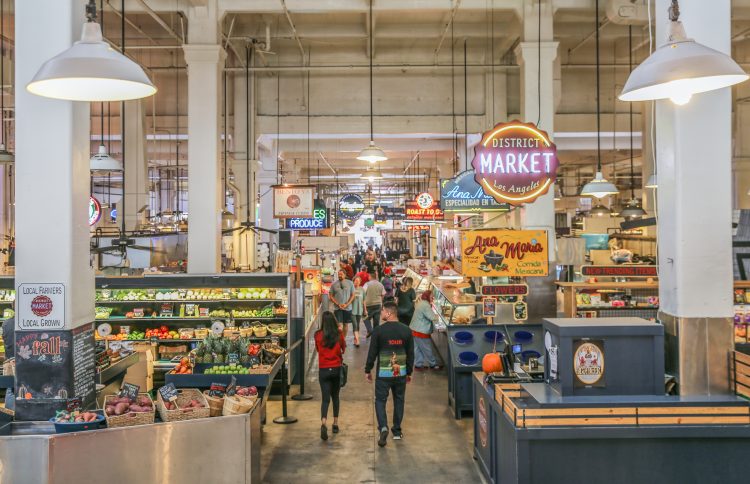 There aren’t enough hours in the day to visit all of Downtown’s famous eateries, taco trucks and fine-dining establishments. There are, however, enough hours to chow down on as many food items as possible at Los Angeles’s largest food market, Grand Central Market. Spanning more than 30,000 square feet (2,787 square meters), the market features over 30 restaurants, cafés and take-out places, including a Chinese diner, an outdoor barbeque joint and a premier coffee bar. 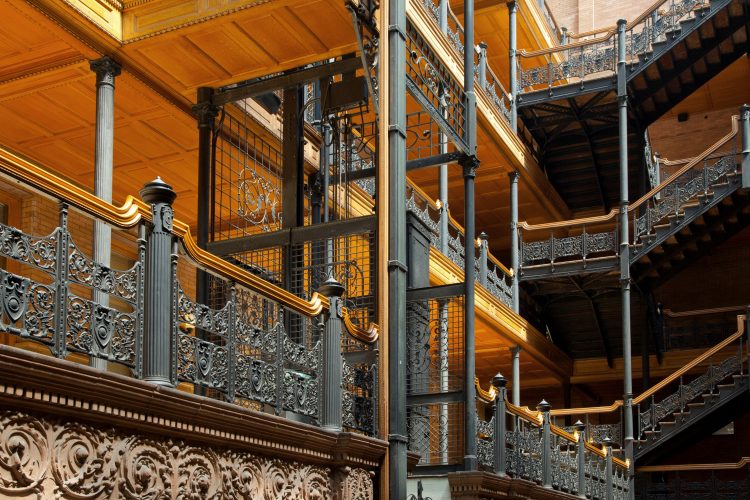 It’s difficult to set foot in a neighborhood in Los Angeles – the center of the American movie industry – without noticing a familiar building you’ve seen in a film or TV show. The Bradbury Building, built in 1893, is one of those places. An architectural masterpiece, the building was featured in a number of films, perhaps most notably in the 1982 sci-fi classic Blade Runner. Currently the city’s oldest landmarked building, the Bradbury Building now functions as an office space. Guests are welcome to come and explore sections of the building that are still open to the public.

Indoors
Walk over to the LA Central Library
Library 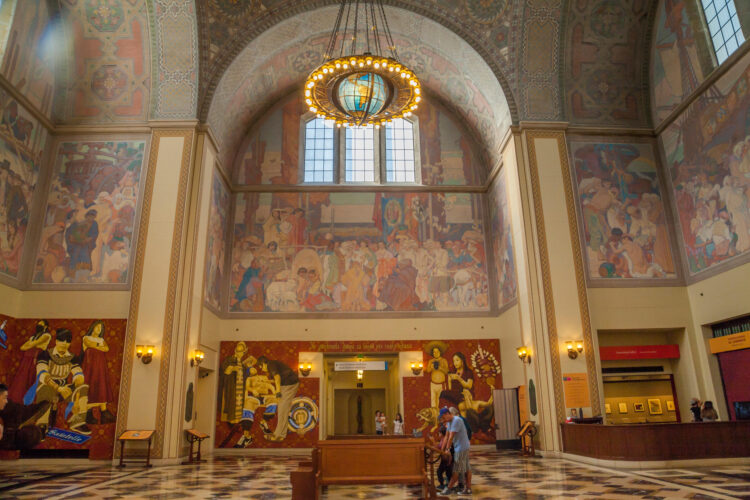 With free art and history exhibitions, floor-to-ceiling murals and a collection of over 2.8 million books, Los Angeles’s Central Library has been a place for bibliophiles to frequent since its opening in 1926. Built by legendary architect Bertram Goodhue, the Central Library experienced its fair share of catastrophes, including a large fire in the 1980s that resulted in an estimated $15 million in damages. Despite that, the charm of the building – and the extensive collections of art and books it holds – remains. One of the largest libraries in the nation, it is easy to spend hours exploring the Art Deco building and its well-curated collection of reading material. 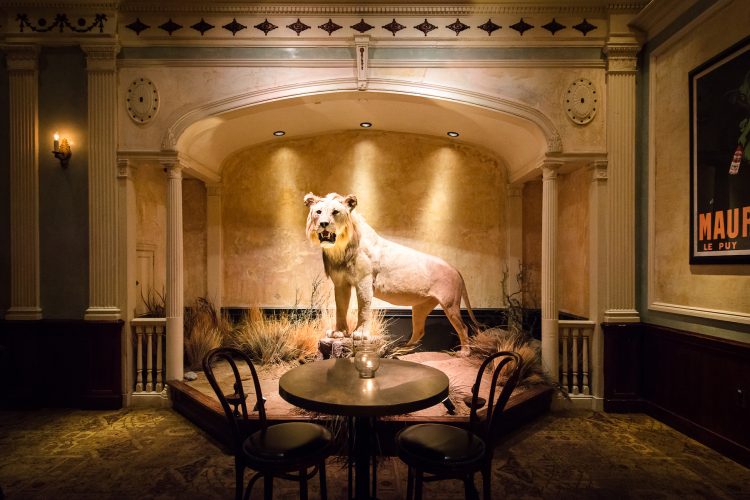 Once frequented by vagabonds and aristocrats alike (as well as artists and writers including Ray Bradbury), Clifton’s Cafeteria on South Broadway is a DTLA institution. Built in 1931, the unique cafeteria space underwent a recent renovation, re-opening in 2015. A large interior with multiple cozy nooks and a somewhat hidden tiki bar, the beloved cafeteria – with its kitschy decor and taxidermied animals on display – is a great place to spend an afternoon. The café downstairs features snacks and coffee while upstairs, jazz lovers can listen to live music and drink highball cocktails. 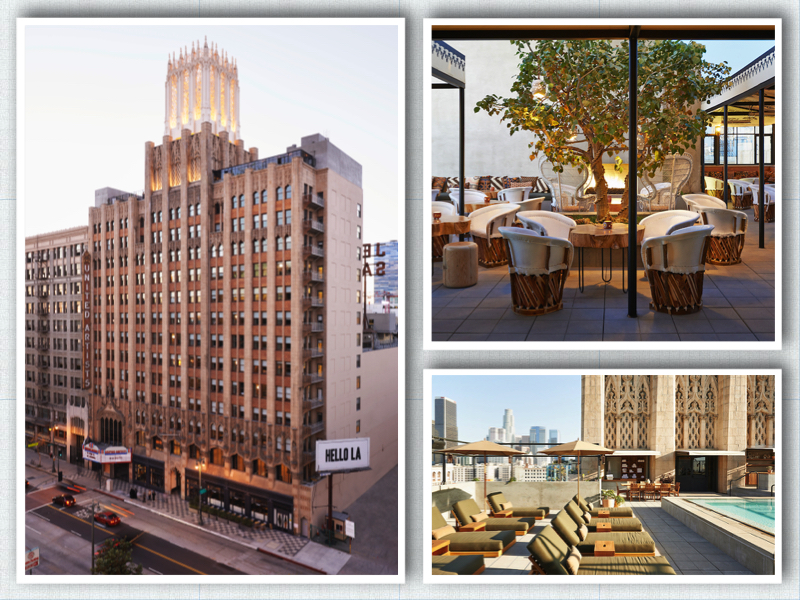 After a day of walking the streets of Downtown, a visit to the Ace Hotel’s rooftop hangout, Upstairs Bar, allows explorers to kick their feet up and marvel at the architectural landscape from above. With live DJs, a roaring fireplace and a trendy specialty drink menu (which includes sangria by the pitcher), there’s no better place to catch the sunset over sweeping views of the tallest buildings in Los Angeles – including the tallest building on the West Coast, the newly built Wilshire Grand Center. Other rooftop hangouts in the neighborhood include Perch LA in Pershing Square, a restaurant with exquisite small bites and comfy couches, and Freehand Downtown LA on W 8th Street, a hip poolside hangout with tiki drinks and umbrella tables.