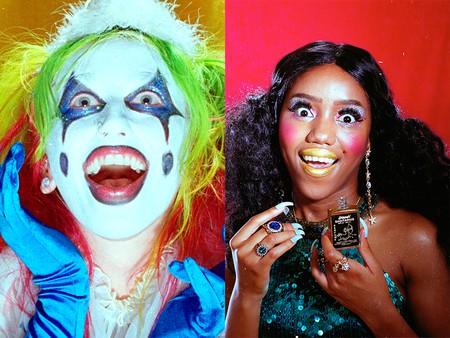 Ariel Rose and Femi Abon | Courtesy of the artist

In her home studio in Mid-City, photographer Parker Day readily recounts a story conceived in one of her irreverent portrait sessions: ‘You’ve been in this small town your whole life, and you’ve always wanted more but never known how to get it,’ she explains, riffing quickly and emphatically. ‘You’ve been working at the diner as a waitress for 20 years, and you’re just sick of it all. One day, you’re about to serve Billy Bob and you suddenly you have an intense breakthrough – your third eye opens, and you’re about to drop the pot of hot coffee…’

For the past year, the LA-based artist has been conjuring similarly surreal narratives for her series of 100 portraits, ICONS. With a penchant for pastiche and a vivid imagination steeped in costumes and comic books, Day uses photography to explore the constructed nature of identity. Catching up with her in her home studio, the artist explains the ethos behind the eclecticism and her kitschy characters.

When did you first pick up a camera?

When I was a little kid, my mom was always taking photos which made me want to take photos too. So, she got me little disposable cameras. I was an only child and kind of a loner in a lot of ways because I was homeschooled. I would set up tableaus with my Barbies and stuffed animals in my backyard. That was the first time I was using the camera to communicate something.

In what ways are the characters you create iconic?

An icon is representative of something – a symbol. These characters exploit symbols to their benefit –they’re using them as tools. The way I shoot them is reverent, with the bright colors, flat lighting or high contrast – kind of like an inked comic book page – sealing their status. 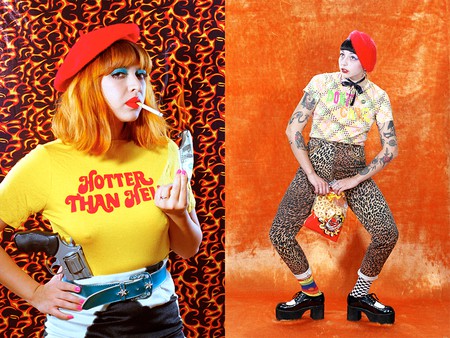 What makes for a good subject?

Mostly I’m attracted to a courageous air about a person and not taking life too seriously at the same time. I look for playfulness.

You’ve said that the styling of your shoots can be collaborative.

Sometimes a concept will be pre-planned, and I want to make a certain image a reality. Other times, I discover someone on Instagram or Facebook, and I just think they’re absolutely captivating – their style or some aspect of their personality. So I tell them, ‘Come over! Bring some sacks! Let’s dig around and play.’

I try to get to a place where my subjects are going outside of themselves enough so that they’re not self-conscious, but they’re putting themselves into the character enough so that there’s some real heart. In just straight portraits with ordinary people, it’s really hard to get them to let go. But you put them in a costume, and there’s safety in that – more emotion can come through.

So putting on a costume can provide some sort of relief. Is that part of the ethos of this project?

Absolutely. As a kid, playing pretend games and dressing up was a way to escape, a way to take control, and just explore the potentials of who you could be. Similarly, this series is about playing with the potential of your identity and the transmutability of identity… through fun costumes. 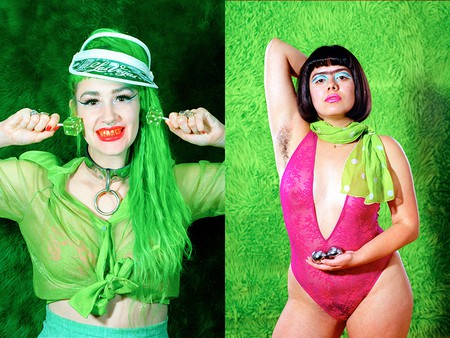 What intentions did you have to bring gender fluidity into this work? Drag is somewhat of a recurring theme.

I see gender as being fluid. It’s something we can play within; it’s not just a fixed binary. By including people who are not specifically stereotypically male or female, I’m able to flesh out that idea. What’s great is gender is something people are thinking about now more than ever.

When I was a kid, I had a big costume chest. I remember once my friend Peter and I were playing dress up, and we put on our outfits, planning to perform for our moms who are sitting on the back porch. Peter put on this gold lamé gown, and he looked fabulous. We’re having fun! When we went outside to show our parents, his mom was horrified and ordered him to go back inside and change right away. Neither of us understood what was happening. Afterwards, my mom tried to explain it to me. I was heartbroken for him, and it was very confusing. That definitely stuck with me.

With the exclusion of a few sessions in New York, most of your ICONS series was shot in LA. How has this city influenced your work?

I would not be creating this work if I wasn’t living in LA. The city is an amazing resource and fertile ground for that. There are so many willing collaborators here.

Is there an ‘LA-ness’ in this project that has manifested itself?

I don’t see that necessarily. I think I’m just attracted to a certain kind of freak, and they’re to be found everywhere in the world. 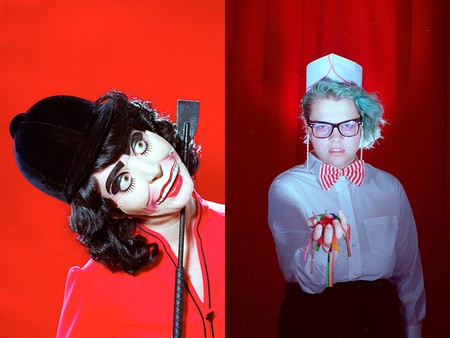 Brenna Cheyney and Cameron Tyme Edison | Courtesy of the artist

What are your aesthetic influences?

Mostly characters on the street. There’s no better source than actual raw humanity.

My dad owned one of the first comic book shops in the country. He was a big comic collector, art collector, jazz record collector – I was named after Charlie Parker. My experiences at the shop influenced my aesthetic more than anything else. There was always a parade of characters in the shop. And I was exposed to a lot of underground comic art and comic books.

What’s a memorable image for you from that time?

All the Crumb comic books, Zap comics. Cherries Jubilee was very funny to me. She was super oversexed, but I thought it was really cute – sort of anime-meets-Archie Comics aesthetic. Smut is a classic. The perversion was confusing but compelling. It’s a little dark but playful and innocent at the same time. 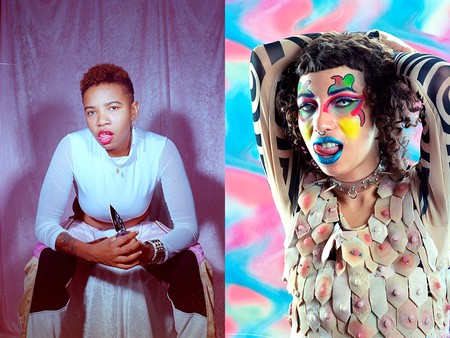 Cleo Torres and Delaney Moos | Courtesy of the artist

There’s a perverse element in your work as well.

I want to get a little madness and darkness into all of the photographs. There’s an unchained quality to the portraits, like these people are capable of anything. The darkness is an unknowable and potentially uncontrollable force.

You use social media extensively to source and find subjects. How has social media been an ingredient in ICONS?

I tend to work with people who are already aware of the power of their image and cultivate it consciously. These days, they’re easy to find on Instagram. Plus, I know these kind of people will understand what I’m doing in my work. 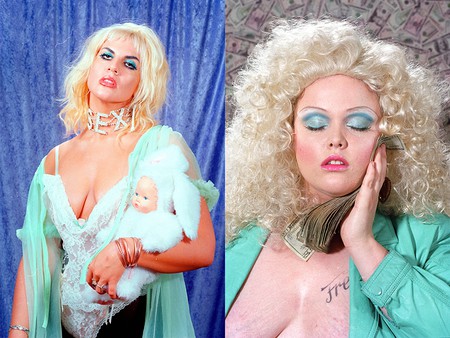 Gianna Geller and India-Haylee Alex Barton | Courtesy of the artist

Social media has significantly changed the landscape for artists.

Yes, especially for female artists. I’ve noticed that there are so many female artists who are out there, breaking through, creating great work and getting recognition for it. I don’t remember seeing that many female artists at that level when I was in school. If you asked me who my favorite photographers were, they were all men because that’s all I knew about, except for Cindy Sherman or Dorothea Lange. Now, all of my favorite artists happen to be female.

Who are your favorite artists at the moment?

I’ll likely be shooting medium format and deviate from the single person portrait to explore the relationship and dynamic between two individuals.